Apple doesn't plan to return to fingerprint recognition for biometric authentication features with its 2019 iPhone lineup, according to a new note to investors shared this morning by Apple analyst Ming-Chi Kuo.

Kuo does not expect Apple's 2019 iPhones to support fingerprint on display technology, which would allow the iPhone to read a fingerprint through its display, doing away with the need for a physical Home button. 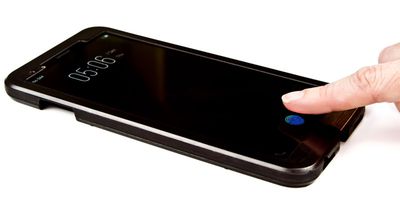 Instead, Apple is likely to continue to use the TrueDepth Camera System for Face ID as a biometric authentication method in the iPhone and other devices.

According to Kuo, Android manufacturers are keen to adopt fingerprint on display technology as a way to differentiate their devices from the iPhone.

All main Android brands currently treat FOD as the important function to differentiate themselves from iPhone (we expect 2H19 iPhone models will not support FOD). The reasons are as follows: (1) The user feedback on the iPhone is lower than expected. (2) The user feedback on the first FOD smartphone, Vivo's X21 FOD version, is higher than expected, and (3) FOD is the best fingerprint recognition solution for the full-screen design which is necessary for a high-end smartphone.

Over the course of the next year, Kuo expects an increasing number of Android manufacturers to adopt fingerprint on display functionality, encouraged by Vivo's implementation and advances in technology that will cut down on component pricing and experience.

Samsung, one of Apple's main competitors, is expected to adopt fingerprint on display technology for its Galaxy S10 during the first quarter of 2019.

farewelwilliams
Rather invest that money into making FaceID 10x faster and work in landscape.
Score: 21 Votes (Like | Disagree)

b0rg
I wish it came back, FaceID is not practical at all. When you phone is next you on you desk or on the couch and you want quick look you have to pick it up to unlock.
Score: 19 Votes (Like | Disagree)

OldSchoolMacGuy
Apple invested a lot in FaceID. I don't see them moving away from it and only expanding the usage across devices.
Score: 19 Votes (Like | Disagree)

Gorms
As a man who has hair of variable length, both at the top and at the bottom of the head, I find myself using the passcode screen a lot. It's much vaunted learning capabilities are slightly oversold and the lack of landscape unlock or any degree in between the two is infuriating at times.

Whilst I'm not saying bin FaceID, I wouldn't be 100% sad if Apple did eventually adopt this, even alongside FaceID. Or just improved FaceID to the point I stop whining.
Score: 16 Votes (Like | Disagree)

fokmik
i hope APple will make faceID even faster and put it on their macbook line and imac....it will be so convenient and so intuitive
Score: 15 Votes (Like | Disagree)

mashdots
While this makes sense, I liked TouchID a lot. Here's hoping for a faster FaceID next week.
Score: 14 Votes (Like | Disagree)
Read All Comments