Square today announced that it has updated its original free Square Reader for Magstripe with a new Lightning connector, so sellers with the iPhone 7 and above will no longer need to use an adapter to accept payments from customers. 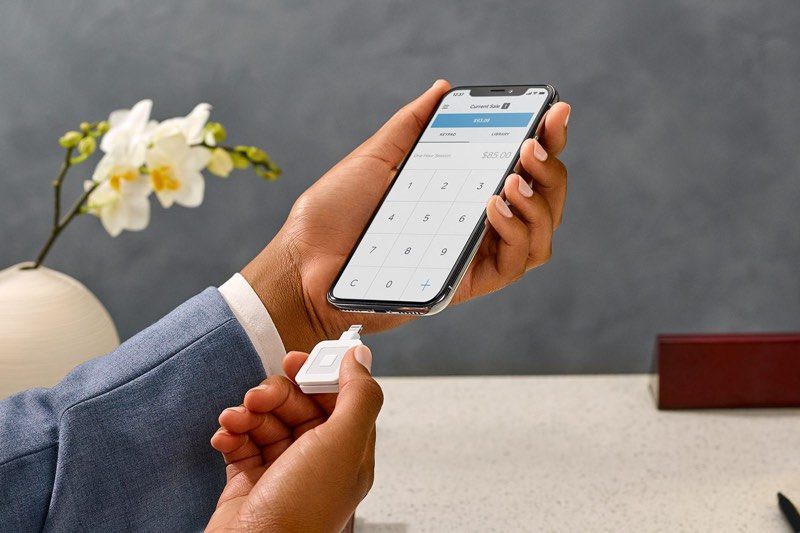 Square is also introducing support for using the original Square Reader with a computer using the Square Virtual Terminal. This setup is ideal for sellers who do the majority of their business on the computer, and the software is compatible with Apple's Macs and Chromebooks.

According to Square, users will need to plug the Square reader for Magstripe into the headphone jack on a computer and then open up the Virtual Terminal to begin accepting payments via computer.

Transactions made via the new Square Reader with Lightning or the Square Reader used with a computer incur a 2.75 percent fee per swipe for Visa, Mastercard, Discover, and American Express. Manually entered computer payments incur a fee of 3.5 percent plus 15 cents.

The Square Reader for Magstripe with the new Lightning connector is available from the Square website for $10 or free for eligible merchants.

Trik
Just in time for Apple to move to USB-C on the new iPhones!
Score: 4 Votes (Like | Disagree)

10$ for outdated swipe technology. Should be free like the audio port version. Not much difference.

Apple gets a license (?) fee if you create something that accesses their port, wouldn't be surprised if its $10 per device. This was why the original device went through the headphone jack where there wasn't a fee.
Score: 3 Votes (Like | Disagree)

mrz_V1
10$ for outdated swipe technology. Should be free like the audio port version. Not much difference.
Score: 2 Votes (Like | Disagree)

It is NEVER going to happen. The recent rumors are referring to the eventual pack in of a lightning to USB-C cable and USB-C power brick. There will never be a USB-C port on an iOS device.

Except that USB-C is a larger, less durable, less secure connector. I don't mind it as a replacement for USB-A (and only if all of the non-USB-PD compliant cables/chargers/devices are recalled and destroyed), but on iOS devices, its Lightning. Period.

I'm not so sure. I do agree probably not this year... BUT,

USB-C - 23% of the engineers that worked on the specification that became USB-C came from Apple. I don't disagree that Lighting is also great, and Apple loves Lighting, it's just that USB-C is still in line with Apple's design vision. Micro-usb NEVER was, and as such, they would never adopt it. BUT, at some point, if it makes more financial sense to stop including dongles, having multiple versions of the iPhone (one for the EU, one for Asia, one for the Americas), they may consider USB-C because it STILL fits in line with their design goals.
Score: 1 Votes (Like | Disagree)

lunarworks
Cool, when are they releasing the punch-card reader?
Score: 1 Votes (Like | Disagree)

As much as I want that to happen, I just don't see it happening this year. Next year maybe.

Just in time for Apple to move to USB-C on the new iPhones!

It is NEVER going to happen. The recent rumors are referring to the eventual pack in of a lightning to USB-C cable and USB-C power brick. There will never be a USB-C port on an iOS device.
Score: 1 Votes (Like | Disagree)
Read All Comments