Apple's second-generation iPhone X, and a widely expected 6.5-inch model dubbed the iPhone X Plus, will both be compatible with the Apple Pencil, according to Taiwanese publication Economic Daily News. 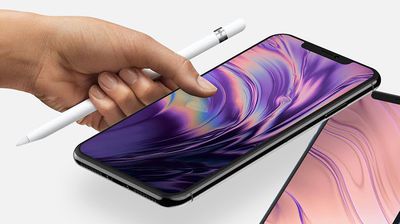 Image: EverythingApplePro on YouTube
The report, citing "industry insiders," claims that Apple Pencil support will be limited to those OLED models, meaning that Apple's upcoming lower-cost 6.1-inch iPhone with an LCD will not work with the drawing tool. Taiwanese research firm TrendForce shared the same prediction earlier this week.

Apple Pencil launched in November 2015 alongside the original 12.9-inch iPad Pro, and it works with all other iPad Pro models released since. Last March, Apple expanded the tool's compatibility to the new sixth-generation iPad, a lower-cost, 9.7-inch model targeted at students and the classroom.

If these rumors prove to be true, this would be the first time Apple releases its own stylus for the iPhone in the device's 11-year history.

When introducing the original iPhone in 2007, Apple's late co-founder Steve Jobs quipped that "nobody wants a stylus" with a smartphone, but Apple has played the semantics game in insisting that the Apple Pencil is a drawing tool. It's also been over a decade since Jobs made that comment—things change.


It's unclear if Apple will release a smaller Pencil for the iPhone, as the current version could be rather unwieldy for use with an iPhone. Apple has yet to update the Pencil's design since it first launched three years ago.

A stylus on a mobile device is nothing new, but only a handful of modern smartphones have one, including the Samsung Galaxy Note with the S Pen, which can be used to draw on the screen, handwrite notes, annotate documents, and more.

Designed to mimic the feel and sensation of using a pen or a pencil, the Apple Pencil has built-in sensors to determine orientation and angle, and to detect a range of forces for pressure-sensitive drawing and writing. On the iPad Pro, the Apple Pencil is sampled at 240Hz for minimal latency.

Apple is expected to unveil a trio of new iPhones at its usual September event at Steve Jobs Theater, and Apple Pencil support would surely be a headline feature if true. A new Apple Pencil altogether is certainly a possibility too.

Steve121178
Everyone wins. You can use the pencil if you want to, if you don't then don't! No reason for anyone to complain.
Score: 87 Votes (Like | Disagree)

Lol, can't wait to hear how this is groundbreaking and how they're NOT copying Samsung. This is more like Apple buying time to fully copy Samsung. I'll call it now, 2020 Apple will have a Galaxy Note copy, and they will site the popularity of their users using the pencil on their iPhones. It would be way too obvious if they straight brought out their Galaxy Note clone that they already have in the works. Pathetic. 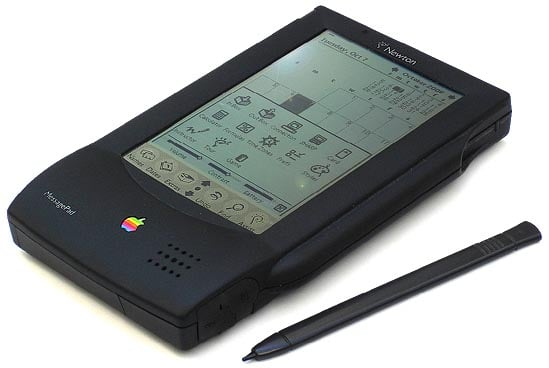 benshive
Here comes a wave of comments from people who think they know what Steve jobs from over a decade ago would think of modern day tech
Score: 58 Votes (Like | Disagree)

Mac Fly (film)
Steve's "Who wants a stylus?" comment was referring to a stylus as the only possible way to interact with the display, not as an optional input method.
Score: 56 Votes (Like | Disagree)

Lol, can't wait to hear how this is groundbreaking and how they're NOT copying Samsung. This is more like Apple buying time to fully copy Samsung. I'll call it now, 2020 Apple will have a Galaxy Note copy, and they will site the popularity of their users using the pencil on their iPhones. It would be way too obvious if they straight brought out their Galaxy Note clone that they already have in the works. Pathetic.

Buy a samsung then. Hang out on forums dedicated to samsung. I have now solved your problem. You're welcome.
Score: 55 Votes (Like | Disagree)

“Who wants a stylus?”

The context is 'who wants to have to use a stylus in order to operate a phone? You've got to get them out, put them away, you lose them - yeurgh. So we designed a phone you can use with your fingers'

An iPhone with Pencil support doesn't detract from Jobs' stance as it is not essential to operate the device.
Score: 53 Votes (Like | Disagree)
Read All Comments

Wednesday November 30, 2022 12:43 pm PST by Juli Clover
Twitter CEO Elon Musk today met with Apple CEO Tim Cook at the Apple Park campus in Cupertino, California, according to a tweet shared by Musk this afternoon. Musk thanked Cook for taking him around Apple's headquarters, with no mention of what the two might have discussed. The meeting comes just after Musk on Monday claimed that Apple has "mostly stopped" offering ads on Twitter, and that...
Read Full Article • 369 comments