Ahead of upcoming Twitter changes set to be implemented tomorrow, Tapbots has released an updated version of its Tweetbot app for iOS devices, removing several features that have been present in the app for years.

Timeline streaming over Wi-Fi has been disabled, which means Twitter timelines will refresh every one to two minutes instead of as new tweets come in. We've been using the Tweetbot for iOS app in a beta capacity with these changes implemented, and while it's not a huge change, the delay is noticeable. 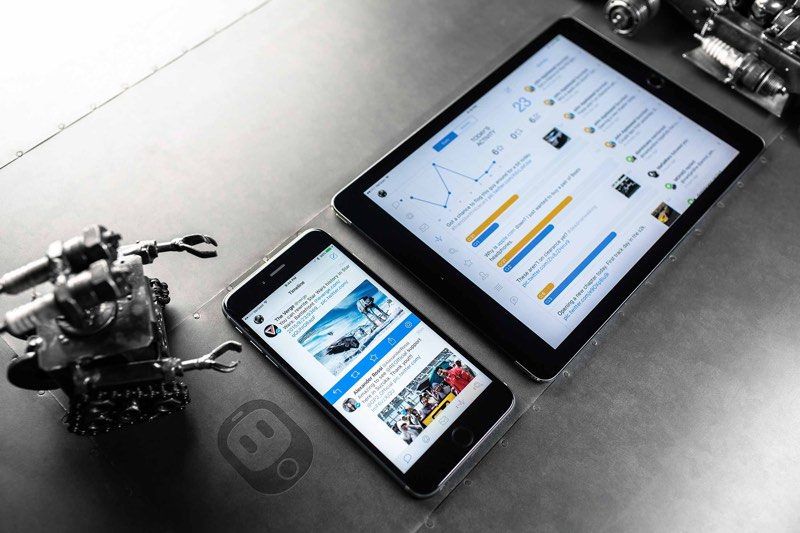 The Activity and Stats tabs have been removed from the app, and because the Apple Watch app was heavily dependent on Activity data, it too has been eliminated.

Tapbots says that it is sorry that the changes had to be made, but Twitter has decided to eliminate certain features provided to third-party apps without offering alternatives.

On August 16th Twitter will disable parts of their public interface that we use in Tweetbot. Because Twitter has chosen not to provide alternatives to these interfaces we have been forced to disable or degrade certain features. We're sorry about this, but unfortunately this is totally out of our control.

Other third-party Twitter clients, such as Twitterrific, have also had to remove the same features that have been disabled in Tweetbot because of Twitter's new limitations on third-party apps.

Tapbots has not yet updated Tweetbot for Mac, but changes should be coming to the Mac app soon as well.

Tweetbot for iOS can be downloaded from the App Store for $4.99. [Direct Link]

Update: Tweetbot 2 and Tweetbot 3 for Mac have also been updated to work with Twitter's new API changes. Features that have been changed or removed are listed below:

sergekills
And official Twitter app still sucks!!! I will keep on using Tweetbot because I love how my timeline is organised with no stupid ads, 'in case you missed', promoted tweets, likes from friends and other ********!
Rating: 9 Votes

dannyyankou
Twitter's trying to get me to switch over, but it won't work.
Rating: 9 Votes

dwfaust
[USER=371]@Jack[/USER] needed all of the third party apps to get Twitter off the ground... now he's trying to starve them out. I will never use their janky native app ... I'll walk away from the platform before I do that.
Rating: 8 Votes

Edit: I don't use Twitter that much, but the pricing is ridiculous.

fumi2014
What's strange about this is that only two years ago, Dorsey stood on stage and promised that Twitter would be more open to developers. This was their solution to falling profits. Now they want to limit third-party stuff again.

It's all an attempt to get you to see their ads. In reality, Twitter is long past its glory years. Too much corporate bungling and lack of innovation. Twitter is fast becoming irrelevant.
Rating: 6 Votes

Schranke
why does so many things have to move to curated time lines / algorithms bases... I just want to be able see things as they are posted in a simple line. Then mark what I want to get updated on per post basis...
Rating: 5 Votes

Twitter's trying to get me to switch over, but it won't work.


I used the app the other day out of interest and omg it is HORRIBLE. Everything just mixed together of stuff I don’t even follow, stuff I may like, stuff I might have missed and ads. It’s like someone threw up over my feed
Rating: 5 Votes

syntax
Twitter clearly wants its users to use its official app exclusively the way Instagram, Facebook, Pinterest, etc., operate—but unlike those services, Twitter was largely built on the backs of third-party apps. It owes much of its core functionality to those apps. I'm not going to start using the official app more. I'm just going to start using Twitter less overall. Then again, maybe this is like when Apple's pro users complain that the company has become too consumer-focused. The majority of Twitter's users already use the default app to retweet conspiracy theories and send people death threats.
Rating: 4 Votes

Because you simply can't see everything posted in your timeline with a chronological. Facebook has PILES OF DATA proving this. The average user would have more than 1,500 updates to view a day. No one is going to scroll through all that.

They studied the data extensively. By moving to an algorithm-based timeline, they were able to increase engagement significantly. That shows that people were seeing more of what they were interested in. When they had the old chronological timeline, they'd see a bunch of garbage posts from just a few users and stop browsing because they weren't seeing what interested them.

Argue all you want but until you can run your own study of millions of users and data points to prove otherwise, you're simply wrong that people want the chronological timeline.

I disagree and I don't care what studies say about it. I prefer the chronological ordering of tweets. I easily keep up with all of them each day by limiting myself to a minimal amount of followed accounts and a few curated topical lists of accounts. I prioritize who or what I follow based on my interests and the quality and substance of the tweeted content.
Rating: 4 Votes

Twitter was already global and popular without third party apps. already a household name ... that is why third party apps existed ... to improve on the UI and accessibility of features (again that are free) on the platform by the service itself. Third party apps and AI helped spur the bot presence and affects your timeline, etc.

Affectively Twitter is cleaning house, and ahead of all other social media apps needing to do the same. We'll see a UI change in the next 12 months yet it will be a gradual change as not to alienate users further as did Snap did.

PS: You're still using their janky service just through a different much clearer lens.

I'd like to see these third party apps that have made their developers rich begin to collaborate with one another then work with Twitter to create new UI on the service's app ... and allow more features to flourish for 3rd party apps. Win Win for everyone.


Disagree. I've been on Twitter for about 12 years now... and NEVER used the native app on a regular basis. I did use the website interface when I first started, but within weeks I was using third party apps. I have tried the native Twitter app several times over the years, and found the interface to be confusing - too much stuff crowding the feed.

And I never called their service janky... I fully understand that the third party apps sit on top of the service and can only access their platform via the available APIs, but I stand my by position that the native Twitter app is janky.

I doubt that any Twitter app developers have gotten rich from this... and the issue is that Twitter is shutting these developers out by removing APIs and crippling the app developers' ability to continue to offer unique and stable options to the platform.
Rating: 4 Votes
[ Read All Comments ]