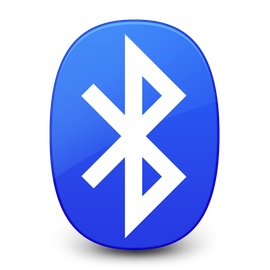 A newly discovered Bluetooth vulnerability that was published this week by Intel has the potential to allow a nearby hacker to gain unauthorized access to a device, intercepting traffic and sending forged pairing messages between two vulnerable Bluetooth devices.

A vulnerability in Bluetooth(R) pairing potentially allows an attacker with physical proximity (within 30 meters) to gain unauthorized access via an adjacent network, intercept traffic and send forged pairing messages between two vulnerable Bluetooth(R) devices. This may result in information disclosure, elevation of privilege and/or denial of service.

As BleepingComputer explains, Bluetooth-capable devices are not sufficiently validating encryption parameters in "secure" Bluetooth connections, leading to a weak pairing that can be exploited by an attacker to obtain data sent between two devices.

According to the Bluetooth Special Interest Group (SIG) it's not likely many users were impacted by the vulnerability.

For an attack to be successful, an attacking device would need to be within wireless range of two vulnerable Bluetooth devices that were going through a pairing procedure. The attacking device would need to intercept the public key exchange by blocking each transmission, sending an acknowledgment to the sending device, and then injecting the malicious packet to the receiving device within a narrow time window. If only one device had the vulnerability, the attack would not be successful.

Both Bluetooth and Bluetooth LE are affected. Apple has already introduced a fix for the bug on its devices (in macOS High Sierra 10.13.5/10.13.6, iOS 11.4, tvOS 11.4, and watchOS 4.3.1), so iOS and Mac users do not need to worry. Intel, Broadcom, and Qualcomm have also introduced fixes, while Microsoft says its devices are not affected.

This may result in information disclosure, elevation of privilege and/or denial of service.


Bluetooth pairing is so poor as it is, how would one even recognize they were being DoS’d?
Rating: 10 Votes

macintoshmac
Why are Microsoft devices not affected? :oops:
Rating: 4 Votes

Why are Microsoft devices not affected? :oops:

Cougarcat
Only High Sierra? Did the Sierra security update fix this?
Rating: 3 Votes

fairuz
Yo, maybe we can exploit this instead of fixing it. That way I can finally forcibly auto-pair my stuff instead of going through the painful pairing process manually!

Jokes aside, this is yet another reason I keep Bluetooth disabled forever (the other big one being that it's a PitA). It's like Adobe Flash, a new vulnerability every few months.
[doublepost=1532463234][/doublepost]

Only High Sierra? Did the Sierra security update fix this?

HS, Sierra, and El Cap are patched: https://support.apple.com/en-us/HT208937
Edit: Not actually sure cause the Bluetooth subsection says something different.
Rating: 2 Votes

Simon Bar Sinister is way more good looking than I am. I’m doing everyone a favor.
Rating: 2 Votes

Why are Microsoft devices not affected? :oops:


Where are you reading that Microsoft products aren't affected? If you click on the first link in the article, it takes you to Intel's research notes on the vulnerability - Windows is listed as the first OS on how to fix the issue.

The vulnerability isn't in the OS, it's in the driver's. Apple produces their own drivers (for the most part), whereas Microsoft/Windows relies on 3rd party drivers from the device manufacturer Thus you wouldn't say Windows is vulnerable, but various Bluetooth devices and drivers are vulnerable on Windows.
Rating: 2 Votes

dannyyankou
As many security snafus Apple has had the past year, they’re usually really good at fixing these before it becomes news.
Rating: 2 Votes

Looking at the list of who isn’t susceptible to this makes me wonder who is.