The feature will allow Apple Maps users in those countries to see traffic congestion as depicted through orange or red lines on roads where there's heavy traffic to contend with.

Details on traffic conditions are now available in Apple Maps in more than 70 countries around the world.

In addition to expanding traffic information to new countries, Apple also expanded the availability of indoor maps for malls to Arizona and updated the Feature Availability page to reflect the recent rollout of transit directions to Rome, Italy and Estonia.

Please stop the fake news. The studies show that Apple Maps is most accurate when it comes to estimating impacts of traffic and getting you to your destination closest to their estimate.
Score: 4 Votes (Like | Disagree) 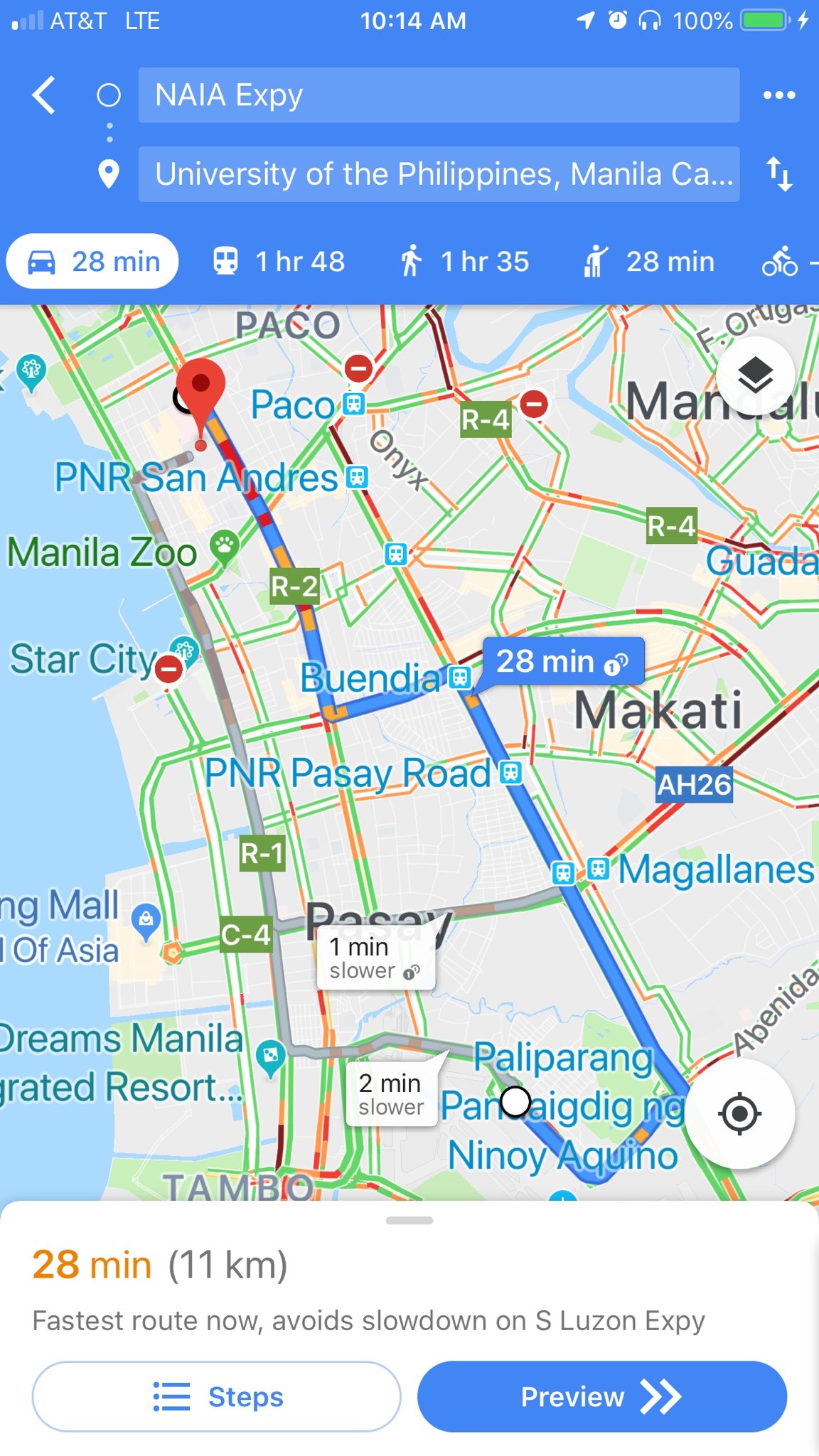 Wait, you're right. I confused UP Manila with UP Diliman.

“Map data” is not the same as traffic data. Waze had (and may still use, though I haven’t checked in detail as to whether they’ve switched to use Google’s) its own basemap from which Apple borrowed at some point, in some region, for Apple Maps—likely at launch as indicated by 2012 being the copyright date.

Real-time data would be cited as such, and there’s next to no chance that Waze would provide it to Apple without one hell of a licensing fee given that Apple’s in direct competition with Google for mapping services. The map data from Waze may also long since have been mostly or even completely overwritten with data from other sources.

(We’ll have to wait and see what happens as Apple expands its own basemap with the updates coming over the next year-plus, but I suspect that a lot of the data sources listed are going to vanish given some time.)

Apple crowdsources its traffic data from iOS devices and it’s been this way since 2013; this is well-publicized.

Please stop the fake news. The studies show that Apple Maps is most accurate when it comes to estimating impacts of traffic and getting you to your destination closest to their estimate.

Seriously...every single iPhone is default set to share location information to help Maps with traffic and routing info. Every...single...phone.... since iOS9 (unless you can find out where to turn it off...) ;)

Don't let all the fancy colors Google Maps shows you lure you into some false sense of security that it is actually correct at that exact moment.

btw...to access the traffic and routing input data sharing option...settings/privacy/location services....go all the way to the bottom to "System Services"...."Product Improvement" is listed...
Score: 1 Votes (Like | Disagree)

If you read the terms for Maps, you'd see they get their traffic data from Google. And from Waze. And then dozens of public transit authorities. In other words, it'd be the same as Google Maps.
Score: 1 Votes (Like | Disagree)

If you read the terms for Maps, you'd see they get their traffic data from Google. And from Waze. And then dozens of public transit authorities. In other words, it'd be the same as Google Maps.

Alphabet and its subsidiaries are not mentioned once as a traffic data source in Apple Maps’s list of data sources.

That’s...kind of the point of Apple Maps. They wanted to stop paying Google.
Score: 1 Votes (Like | Disagree)
Read All Comments

Thursday September 29, 2022 7:26 am PDT by Sami Fathi
Speaking at Università Degli Studi di Napoli Federico II in Naples, Italy, Apple CEO Tim Cook said that not too long from today, people will wonder how they led a life without augmented reality, stressing the "profound" impact it will have on the not so distant future. At the university, Cook was awarded an Honorary Degree in Innovation and International Management and also sat down for a...
Read Full Article • 353 comments