Movie subscription service MoviePass today confirmed that it will soon introduce surge pricing into its business model, charging customers from $2 and up for films that the company deems popular. The news comes from MoviePass CEO Mitch Lowe, who confirmed to Business Insider that surge pricing will affect monthly subscribers while annual subscribers will be exempt from what he describes as "high-demand" pricing. 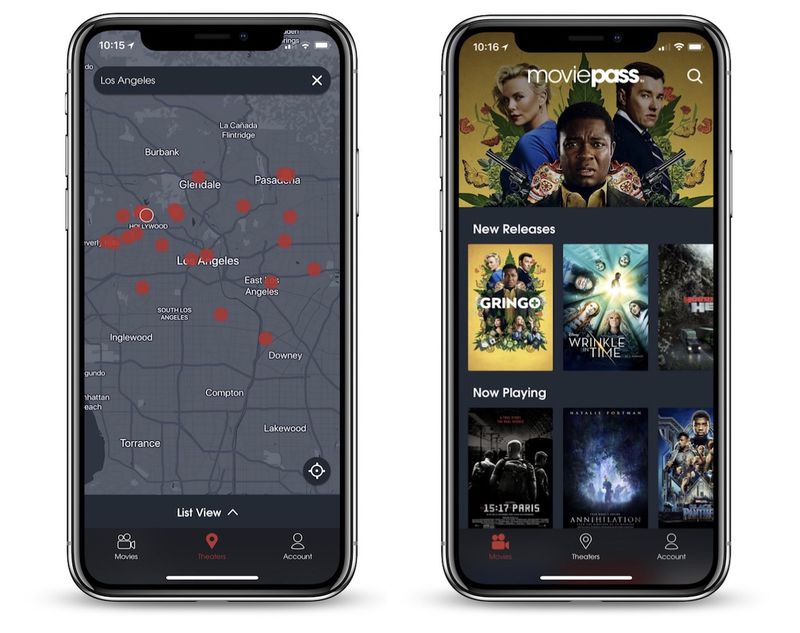 The change will appear for affected subscribers within the "coming weeks," according to Lowe. Surge pricing is a dynamic, time-based strategy that apps like Uber use when a large amount of customers are requesting rides in the app but there aren't enough drivers to taxi them around.

Now this will extend to MoviePass, so on opening weekends or at particularly busy late-night showings of popular movies, monthly subscribers should expect to pay a bit more above their locked-in $9.95/month subscription price. Because this is not a fee that the movie theater is charging, users can expect MoviePass to take the surge pricing fee from the credit cards associated with their account -- although Lowe or any MoviePass spokesperson has yet to confirm this.

"At certain times for certain films — on opening weekend — there could be an additional charge for films," Lowe told Business Insider.

Lowe said this decision was a way to have its theaters partners see more traffic for big blockbusters in the mid-week and less-crowded weekends following the movie's opening weekend. It was also to "make sure that we can continue to offer a valuable service and support the whole enterprise," Lowe added.

Otherwise, there are two other additions coming to MoviePass this summer: a bring-a-friend feature and IMAX/3D screenings. In the MoviePass iOS and Android app, subscribers will be able to add on a ticket for a non-MoviePass friend, the cost of which will be "somewhere near the retail price of the ticket."

For IMAX and 3D movies, users will be given the option to pay an added fee for the premium screenings, ranging from $2-$6 according to Lowe. As of now, one of MoviePass' detriments is that it only allows subscribers to watch regular 2D movies. At launch subscribers will have to choose one of these features or the other for a single film, but eventually they will be able to combine premium and bring-a-friend options for the same movie.

The MoviePass news comes after AMC just yesterday revealed its own movie subscription service, which will let customers watch three movies per week for $19.95 a month -- including IMAX and RealD 3D showings. Lowe responded to this new rival service today as well:

"It's been tough when you have the president of AMC essentially for eight or nine months telling everybody that our subscription was not sustainable, and then he comes out with a program that essentially could cost him $60 or $80 a month to pay the studios their minimums and collecting $19.95," Lowe said, referring to AMC CEO Adam Aron. "So it is a little bit kind of funny that it's pretty clear what he wanted to do — clear the way for his own subscription program and not have competition."

All of the new MoviePass features -- including surge pricing -- will appear in the MoviePass app by the end of August.

Soba
I realize that there are some who love seeing movies in the theater. That's cool, but I'm not one of them.

My list of reasons to NOT go to a theater to see movies is already pretty long. Expensive tickets, annoying patrons playing/talking on phones while kicking your seat, $10 popcorn, huge lines for popular movies, etc.

Their solution: Make it more expensive.

Me: Nope. Blu-Ray and 4K, thanks. I can wait 2 months and buy the disc for less than the total cost of the "theater experience."
Rating: 7 Votes

dannyyankou
I know there’s going to be mostly a negative reaction here, but movie tickets usually cost $15 (at least where I live). $10 a month + $2 for for popular movies is still a great deal.
Rating: 5 Votes

aaronhead14
This company is a total trashfire. A bait and switch. It won't last very long if they keep screwing with customers. MoviePass will be completely dead within a year.
Rating: 5 Votes

another nail in the coffin...


Are they trying to get rid of customers?

This just made the amc service a lot more appealing
Rating: 5 Votes

Agreed--- When I signed up, I signed up for the specific terms. They keep switching that up and this was bait & Switch!!

It would only be a Bait & Switch if they had you stuck in a contract (or if this affected the annual members). Since it’s month-to-month, they can keep changing it up.

I guess the option to watch 3D/IMAX for an added fee is good news for some. I’d possibly watch a few movies a year in 3D if the premium isn’t too much. But 2D’s been fine for us, so that isn’t an issue either.

What we’d like is a family pass feature, so we could just use one card for two tickets, and get charged a single amount for it, instead of separate charges like it is now. Either way, it’s still working out, and it’s understandable that they keep changing the program to try to find a more sustainable business model.
Rating: 5 Votes

It would only be a Bait & Switch if they had you stuck in a contract (or if this affected the annual members).

I paid for an annual membership from Costco. They keep changing the terms on me... It's a bait and switch.
Rating: 4 Votes

max2
Sorry but no.
Rating: 4 Votes

PotatoLeekSoup
This got big because it was a sweet deal. If seeing movies goes back to being expensive, like it always has been, people will stick with their 4K big screen TVs at home. I see maybe 1 movie theater movie per year.
Rating: 4 Votes

dylgio
I am rooting for MoviePass big time. What I don't want to see is every theater chain having their own subscription service. AMC is pretty much the Comcast of Movie Theaters so they can piss right off. 10 bucks a month was always going to be too good to be true I just hope they find that sweet spot before they go under and all we have is 30-50 dollar subscription to 10 different places.
Rating: 3 Votes

thisisnotmyname
They knew what they had wasn't sustainable and didn't have a good plan in place for what would happen when they became a victim of their success. People are getting a rotten taste in their mouth which will only fuel growth of competitors with a more sustainable model. They're in trouble.
Rating: 3 Votes
[ Read All Comments ]