Yahoo today announced that its Yahoo Messenger service will no longer be supported after July 17, 2018, encompassing the closure of apps for iOS and Android and any web browser clients (via TechCrunch). The service will function normally until then, and after that date users will no longer be able to access their chats and the Messenger service as a whole will be shut down. 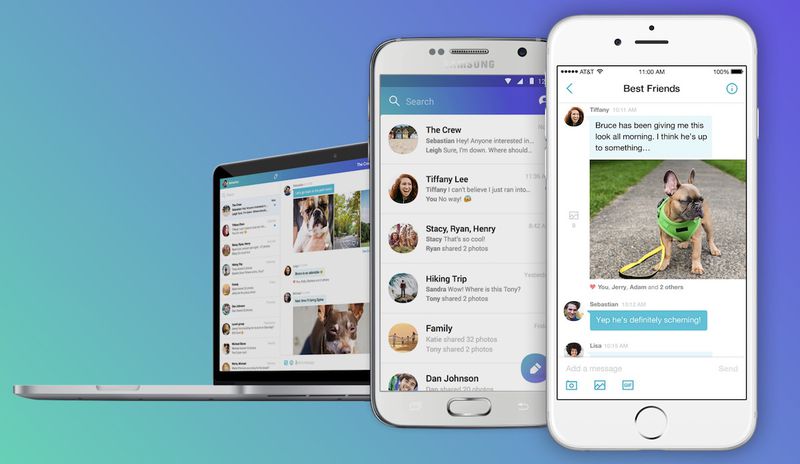 The company promised that the discontinuation of Yahoo Messenger will not impact a user's Yahoo ID, so it will continue to work for products like Yahoo Mail and Yahoo Fantasy. As for a reason, Yahoo said that it is focusing on "building and introducing new, exciting communications tools" that will be a "better fit" for its customers.

We know we have many loyal fans who have used Yahoo Messenger since its beginning as one of the first chat apps of its kind. As the communications landscape continues to change over, we're focusing on building and introducing new, exciting communications tools that better fit consumer needs.

"There currently isn't a replacement" for Yahoo Messenger, however, so the company pointed users toward the invite-only group messaging app Yahoo Squirrel. Squirrel is still in the testing phase and allows groups to organize private chats with friends and family members in a style similar to Slack and Discord.

Yahoo originally debuted its Yahoo Messenger app on the iOS App Store [Direct Link] in April 2009, giving users the ability to instant message their contacts when away from their computer. In the years since, messaging apps like Apple's iMessage, Facebook Messenger, and others have surged in popularity and caused users to leave Yahoo's platform for ones more popular among their own friend groups. Today, Yahoo Messenger is #167 on the App Store's most-downloaded Social Networking app list.

Prior to its appearance on the App Store, Yahoo Messenger originally debuted in 1998 (dubbed "Yahoo Pager") as an instant messaging client that users could download for free to chat with friends. In 2018, Yahoo said that users will be able to download their chat history to a computer or other device for the next six months, and more information can be found in the FAQ section of the announcement page.

Yahoo Messenger's closure in 2018 follows the sunsetting of AOL Instant Messenger in December 2017, both of which are owned by parent company Oath and lasted for around 20 years online.

OldSchoolMacGuy
Kinda sad. One of the first messaging clients with webcam integration. A whole generation of kids saw their first set of live boobs thanks to Yahoo Messenger.
Rating: 26 Votes

Jaekae
Heh 20 years and i didnt even know they had a messenger service
Rating: 20 Votes

slimtastic
All 3 people will be disappointed in Yahoo! for this.
Rating: 15 Votes

thenewyorkgod
first AIM, and now this? How will I chat with my buddies and meet new people?
Rating: 10 Votes

BigMcGuire
Yahoo! Messenger. I spent many years on there. Though most of my friends in hs preferred AIM and MSN Messenger so I didn't get to use it much ... but Yahoo! was a powerhouse back then. Yahoo! Games were amazing - hearts, chess, and many others - all java based. Those chat rooms were horrific for a kid back in the day but nothing really compared. Yahoo! Search was amazing - same for Yahoo! Mail - I remember it was one of the few services that offered 5MB of storage. Yahoo! Briefcase was absolutely amazing and way ahead of its time. I remember the YaahhhOOOooooooo! commercials and seeing the billboards as a kid.

Then Yahoo! just stagnated..... for years and years.... Hotmail passed it, Google came into being, gmail had no competition. Yahoo! mail started giving out errors, having problems, so I left it for gmail around 2007. Then Yahoo! had those security breaches it didn't tell anyone about... two of them...

Having known someone who actually worked for Yahoo! as a developer - I got to know of its demise way before it actually happened (partly why I left Yahoo! mail in 2007). But it used to be great. Yahoo! Search was amazing.

Sadly, it has been dying for a long time.
Rating: 8 Votes

People who are prideful of their ignorance never cease to amaze me.
Rating: 7 Votes

Xavier
And the slow death of Yahoo continues.
Rating: 6 Votes

Soba
And then there was one.

ICQ is now the last man standing among the original “big four” of AIM, Yahoo, ICQ, and MSN.

These days, I’m a Telegram user; it does a great job with a thoughtfully limited, very useful, platform-independent set of functionality instead of bombarding the user with advertising.
Rating: 6 Votes

And then there was one.

ICQ is now the last man standing among the original “big four” of AIM, Yahoo, ICQ, and MSN.

These days, I’m a Telegram user; it does a great job with a limited, very useful, platform-independent set of functionality instead of bombarding the user with advertising.

I still remember my 7-digit ICQ number. In the mid-to-late '90s it was just as important to me as my phone number.
Rating: 5 Votes
[ Read All Comments ]