Federighi shared the detail after Jonathan sent him an email asking whether or not APFS was still in the works for Fusion Drives, which combine a hard drive with flash storage to provide the speed of an SSD with the affordability of a standard hard drive. Fusion Drives are used in iMacs and Mac mini machines. 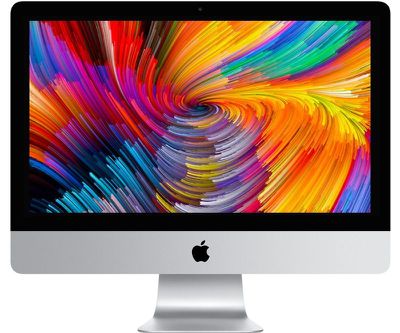 In response to Jonathan's question, Federighi gave a short but enticing answer, which we verified:

We intend to address this question very soon...

With the launch of macOS High Sierra, Apple introduced a new Apple File System for Macs that have all-flash built-in storage. At the time macOS High Sierra was introduced, Apple said that the initial release of the software would not allow Fusion Drives to be converted to APFS, but confirmed APFS support would be coming at a later date.

Federighi's statement suggests that APFS will be added as a feature in an upcoming software update, perhaps the macOS 10.14 update that's expected to be unveiled at the Worldwide Developers Conference in June.

For those unfamiliar with the new Apple File System, it's a more modern file system than HFS+ and has been optimized for solid state drives. It is safe and secure, offering crash protection, safe document saves, stable snapshots, simplified backups, strong native encryption, and more.

Junipr
It's 2018, and Apple plans on supporting their own HDD-based Fusion Drive technology from 2012... "very soon."

This, my friends, is what happens when emojis are numero uno on Apple's priorities list.
Score: 42 Votes (Like | Disagree)

It's 2018, and Apple plans on supporting their own HDD-based Fusion Drive technology from 2012... "very soon."

This, my friends, is what happens when emojis are numero uno on Apple's priorities list.

No, it’s what happens when they’d rather wait another few months and leave Fusion Drive users on a perfectly fine file system for now, work the kinks out, and finally migrate them.

Before APFS was announced, virtually nobody except Siracusa even mentioned problems with HFS+. Now that APFS is a thing, suddenly Apple is terrible if they migrate people conservatively and safely?
Score: 24 Votes (Like | Disagree)

Been almost a year working the kinks out. Must be a lotta kinks.

gnomeisland
APFS, AirPlay 2, HomePod stereo, iMessages in iCloud, etc. Apple needs to find a way to either better utilize their engineering talent or bring on more talent quickly. Otherwise this WWDC is just going to be announcements of features announced last year and maybe released this year.
Score: 14 Votes (Like | Disagree)

So much for people who pretend to be asking a personal question just to get an answer they can immediately blast worldwide to mac news websites...

Federighi is not that naive, he knew his comment would be circulated.
Score: 13 Votes (Like | Disagree)
Read All Comments