A rough mockup of the PRESTO card in Apple's Wallet app
Metrolinx, the transit agency that manages integration of the PRESTO card system in the Greater Toronto Area, recently detailed plans to support mobile payments within the coming years, according to the Toronto Star.

Apple contacted Metrolinx last Wednesday to set up a related meeting, the agency said. The report suggests there are a few compatibility issues between the PRESTO system and Apple Pay that would need to be resolved. For that reason, Metrolinx's rollout of mobile payments may start with Android smartphones.

Apple Pay support would enable commuters to hold a compatible iPhone or Apple Watch near a PRESTO card reader to pay their fare on streetcars, buses, and at turnstiles in subway stations throughout the TTC system. Mobile payments could extend to other Canadian cities with PRESTO like Hamilton and Ottawa.

The process is similar to using Apple Pay for in-store payments. Depending on the iPhone, that means double-pressing the home button or side button, authenticating with Touch ID or Face ID, and holding the device near the card reader. Apple Watch payments are also activated by double-pressing the side button.

Toronto would join a handful of cities with transit systems that already support Apple Pay, including Chicago, Portland, and Salt Lake City in the United States, Beijing and Shanghai in China, and other global cities like London and Tokyo.

Metrolinx said there is no firm timeline as to when the TTC will begin accepting mobile payments, but it sounds like a multi-year process.

bladerunner2000
Toronto TTC should focus on expanding their city coverage. 5 million people and only two subway lines and the city considers itself 'world class' ? What a joke.

If it weren't for the TTC being garbage, perhaps the 401 highway wouldn't look like this on a daily basis? 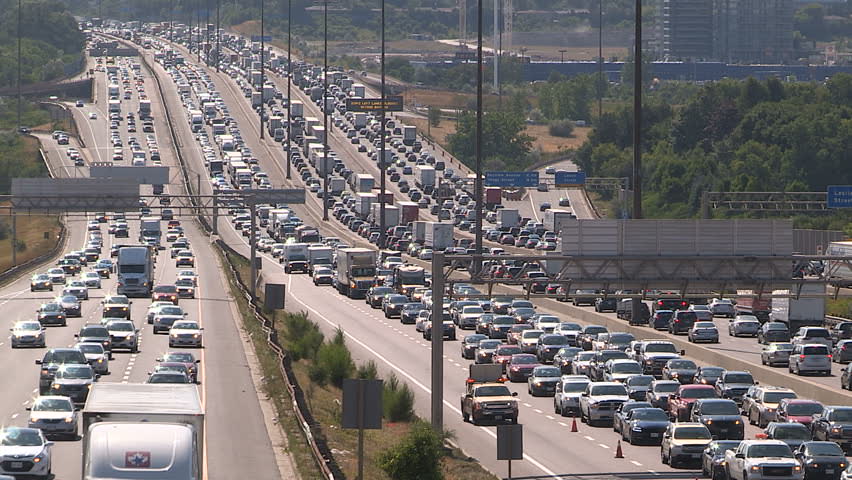 lunarworks
"Metrolinx said there is no firm timeline as to when the TTC will begin accepting mobile payments, but it sounds like a multi-year process."

That's a ****ing understatement. Presto was launched in 2009, and only became fully supported on the TTC Last year.

Toronto TTC should focus on expanding their city coverage. 5 million people and only two subway lines and the city considers itself 'world class' ? What a joke.

Maybe if the city weren't trying to spend $4 billion on a single subway stop in Scarborough we'd be much further ahead. (I live in Scarborough and it's the dumbest idea in decades.)

Transit planning should not be in the hands of city councilors.
Score: 2 Votes (Like | Disagree)

scottwxx
I hope that Apple pushes for a digital card solution. I got enough pastics in my wallet.
Score: 2 Votes (Like | Disagree)

SteveJobs2.0
Presto is also found in other cities outside of the GTA such as Ottawa.
Score: 2 Votes (Like | Disagree)

Presto is also found in other cities outside of the GTA such as Ottawa.

I've added a mention. Thanks
Score: 2 Votes (Like | Disagree)

Forget about Rob Ford, he didn't get to do anything with the transit and despite what you may not like about him, at least he pushed for subway expansion.

Second, LRT is a wasted effort. Take away necessary road space from cars only to throw in the LRT. That's not a solution. The solution is to build underground or above ground like Tokyo.

Third, the real scumbag for this debacle is Mike Harris. There were even plans of building the Subway all the way from Square One in Mississauga across Eglinton. Do that and the 401 would have been MUCH less congested.

Fourth, although somewhat unrelated to miserable subway infrastructure in Toronto, Mike Harris AGAIN screwed Toronto by selling off the 407. That highway is relatively dead because its WAY too expensive to use for the common person.

No matter how you slice it, Toronto is a joke of a city. The most embarrassing city planning I have ever seen.

First, he pushed for subway expansion at the expense of getting any system expansion (beyond the Eglinton line he couldn't cancel) anytime soon. The SRT replacement would have been running up to Sheppard by now, but the subway is at least 10 years away. But hey, instead of a 7 stop ride by 2018, we get a 1 stop ride by 2028 at twice the price. A bargain!

Second, the SRT to LRT replacement was to run in its own mostly existing right of way, with lands set aside for the rest decades ago, taking exactly zero road space away from cars. As for other lines, the inner suburbs of Toronto are wide and can absorb it, unlike the narrow roads downtown.