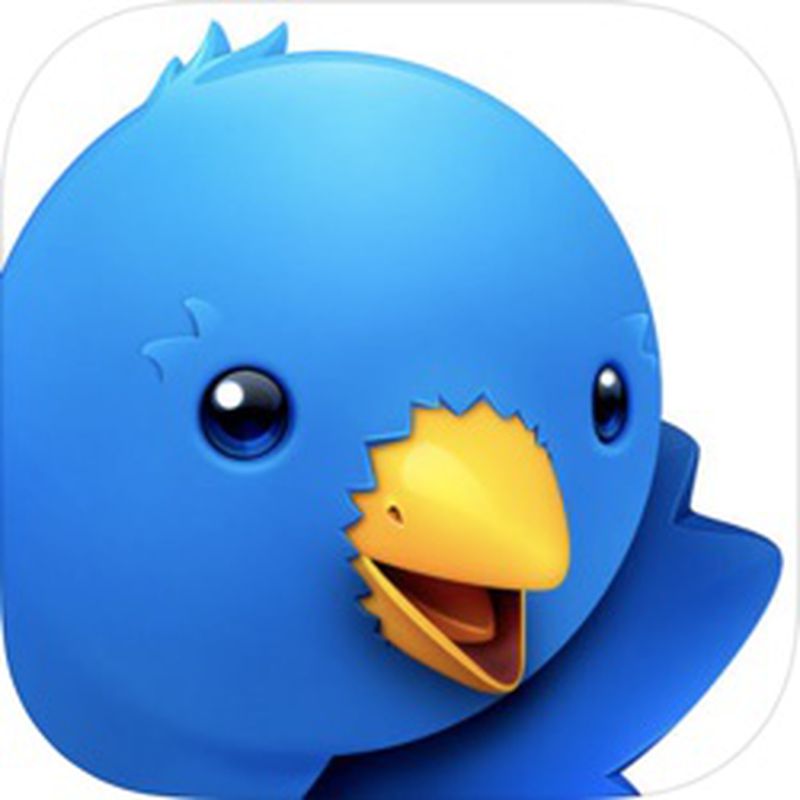 Popular Twitter client Twitterrific 5 for Mac and iOS received a major update today, introducing features that bring it on par with the official Twitter apps and competing third-party Twitter apps.

Starting today, Twitterrific users can attach 140-second or shorter videos to tweets on both iOS and Mac. On iOS, a video can be inserted by tapping the camera when composing, and on Mac, you a video can be added by clicking on the camera button.

The app is also gaining official support for Twitter muting, so users and accounts that have been muted will sync between Twitter and Twitterrific with muted content removed from the timeline. Muted users do not generate push notifications, and all previously muted screen names will be auto upgraded to official Twitter mutes.

Muffling has been improved in Twitterrific with the following new features:

Twitterrific for iOS includes several improvements such as better responsiveness when attaching media to a tweet, new rule suggestions for the Muffle submenu of the Actions menu, a easier-to-access Translate option in the Actions menu, a shortcut for muting the author of a tweet, and a media picker that sorts the most recent photos and videos at the bottom.

On Mac, the reading position marker is now updated when closing a timeline, user search results and listings indicate if a user has been muted or blocked, and there's a new shortcut for muting the author of a tweet.

Twitterrific for the Mac can be downloaded from the Mac App Store for $7.99. [Direct Link]

Twitterrific for iOS can be downloaded from the App Store for free. [Direct Link]


My use case is a little different. I don’t use twitter to really follow people but for news and information. But if I don’t want to see dozens or more tweets about a topic, like the super bowl, emmys, World Series, but I still want to follow that news source for other things I can mute that hashtag in tweetbot for a hour, day, week or forever. Not sure if that is a mute or a muffle in Twitterific.
Rating: 1 Votes
[ Read All Comments ]