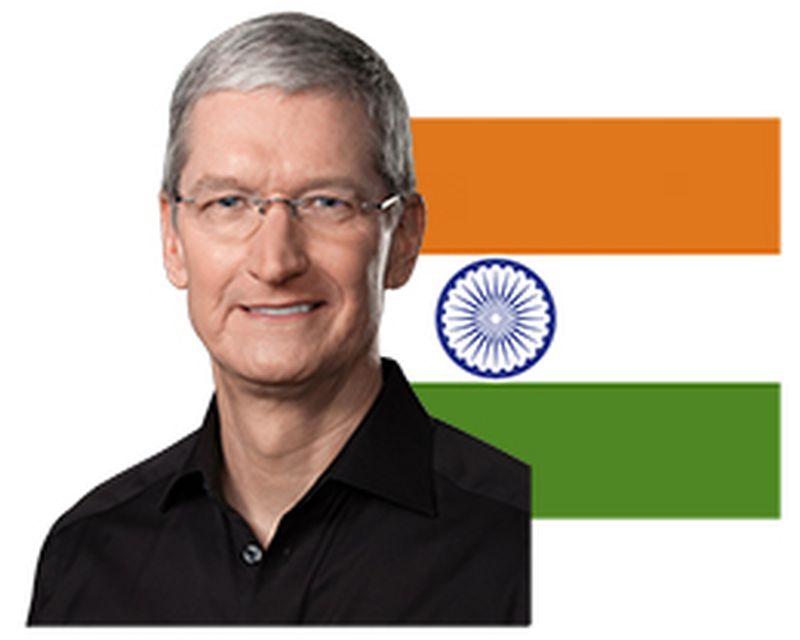 Apple is at an impasse with the Telecom Regulatory Authority of India (TRAI) over the development of an anti-spam iPhone app. The app is meant to allow users to report unsolicited calls and text messages as spam, preventing further spam on their devices (via Reuters).

Last October, Apple first agreed to help India "tap into new iOS features" to build the app, but in the ensuing months Apple is said to have raised concerns over the privacy implications of allowing the app broad access to customers' call and text logs.

Apple and the Indian regulator have "not met since November," and India in January reportedly asked Apple for "basic clarifications" on what the iOS app would be able to offer users. In a statement last week, Apple said that the app remains in ongoing development because as it stands now it "violates the privacy policy of the App Store." Apple plans to keep working with the regulator and India's engineers to "continue discussing ways they can design their app to keep users' personal data safe."

In hopes of moving things along at a faster clip, TRAI head R.S. Sharma has said that he is consulting a legal team to see how Apple could be pushed into a faster development cycle.

“We will take appropriate legal action,” Sharma told Reuters in an interview. “This is unjust, it shows the approach and attitude of this company.” He did not elaborate on what action the regulator might take.

Apple did not comment on Sharma’s remarks, but said that it shared TRAI’s goal of protecting customers from unwanted calls and messages. Apple said it would not modify its guidelines to allow any app access to contacts, see call logs or view text messages as those functionalities violate a user’s data security and privacy.

Prior to the iPhone app, there has been an Android version of India's "Do Not Disturb" app for about two years, requiring users to grant the app permissions to access contacts and view text messages so that users can report spam and telemarketers. For Google's version of the app, the company said that it believes in "the ability of users to make purchasing and downloading choices without top-down enforcement or censorship."

For the next steps with Apple, the company offered to have its technical teams meet with TRAI, but the Indian government is said to be waiting on "more details" from Apple first. Although Sharma threatened legal action, one former TRAI consultant stated that the Apple/TRAI disagreement is "likely to be more of a public relations battle," as opposed to a legal one.

Over the years, Apple has frequently had to balance its beliefs in user privacy and security as they sometimes conflicted with the laws and requests from foreign governments. Notably, last summer Apple removed a majority of VPN apps from the iOS App Store in China, following regulations passed earlier in 2017 that require such apps to be authorized by the Chinese government.

A few days later in an earnings call, Apple CEO Tim Cook stated: "We would obviously rather not remove the apps, but like we do in other countries, we follow the law wherever we do business. In this particular case ... we hope that over time, the restrictions we're seeing will be loosened, because innovation requires freedom to collaborate and communicate, and I know that is a major focus there."

Agneev
As an Indian, thank you Apple for not giving into the demands of our government.
Rating: 6 Votes

GrumpyMom
Can’t TRAI introduce legislation to crack down on telemarketers? Hit the source of the problem. Heck, I wish we could make telemarketing illegal in my country (USA). What an invasive nuisance it all is.

I get so many telemarketing calls even on my Apple Watch that has its own phone number and is tied to my iPhone via AT&T number sync. However, those seem to be spoofing legitimate private numbers. I’m not sure how an app or law enforcement could possibly address that issue.
Rating: 3 Votes

whyamihere
The irony of India complaining about spam calls is not lost on me. :rolleyes:
Rating: 2 Votes

friednoodles
The TRAI wants their app to be able to access people's call and text histories, something Apple doesn't allow any app to do (even with the user's permission) - that's what the "dispute" is about. And it's a good stance by Apple, because as we've seen from Facebook on Android, giving apps the ability to access such things (even if it were with the user's permission) is a recipe for abuse.

We've survived just fine on iOS for over 10 years without apps having access to the call and text history, there's no good reason to open up such a dangerous ability now.

One thing I could see Apple potentially doing is introducing a function in iOS that lets you send a selected number (or text) from the phone/messages app to another app for spam reporting. That would be a much better option than giving apps access to the history.
Rating: 2 Votes

d5aqoëp
I hope that Apple and Indian Govt does something fast because we get spam even if we enroll for Full DND.
Rating: 2 Votes

mwd25
The robo calls and number spoofing just need to be banned through legislation. The idea that you need to give an app access to calls AND TEXTS is outrageous. I already have 68 numbers blocked through the Iphones number blocking feature and yet, I still get 2-3 spam calls PER DAY. I can look at my call log and identify the calls that are spam, I dont really need a app for that. What I do need is the calls to be blocked or stopped.
Rating: 1 Votes

The irony of India complaining about spam calls is not lost on me. :rolleyes:


No kidding. Instead of leaning on Apple, maybe they should do more to crack down on the criminal boiler room operations in their country that are inundating phones all over the world.
Rating: 1 Votes


Except they didn't, making this statement entirely false.
Rating: 1 Votes
[ Read All Comments ]