Asymco analyst Horace Dediu this week shared new research that focuses on determining the average lifespan of Apple devices. Dediu's research doesn't break down data on a specific product level, but instead encompasses Apple's entire stable of products in one general lifespan average. According to Dediu's proposal, if you use the number of active devices and cumulative devices sold, you can get to the average lifespan (via The Next Web). 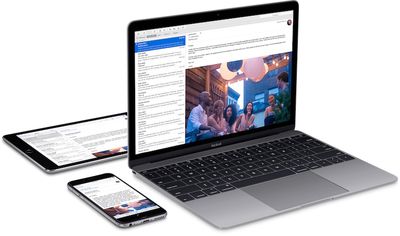 Dediu's research on this topic was propelled forward when Apple CEO Tim Cook revealed the total number of active Apple devices -- 1.3 billion worldwide -- during the company's most recent earnings call. Now, the analyst proposed that to determine the average lifespan, you can subtract the known active devices number from cumulative devices sold to determine "cumulative retired devices."

Dediu then said that to estimate the average lifespan, you calculate the time between "cumulative devices sold" at the beginning of a product's lifespan, and the current "cumulative retired devices." He ultimately determined that the average Apple device lifespan is about 4 years and three months, when looking at the data of Apple products sold in Q2 2013 and retired in Q4 2017, a time when the 2013 devices died or otherwise stopped working and their owners sought to purchase new versions.

Dediu gave a detailed breakdown of his calculations:

Arithmetically, the average lifespan at a given time t is the duration between t and the moment when the cumulative devices sold reached the cumulative retired devices at time t.

For example today–as the visual above represents–the lifespan is the time since cumulative devices sold reached the current total retired devices. The cumulative retired devices can be calculated as 2.05 billion cumulative sold minus 1.3 billion active or 750 million. The time when cumulative devices sold reached 750 million was the third quarter 2013. The lifespan is thus estimated at the time between now and Q3 2013 or 17 quarters or about 4 years and three months.

He noted that cumulative devices sold for Apple includes Macs, iPhones, iPads, Apple Watches, and the iPod touch, although of course the lifespan average number is just that -- an average -- and doesn't perfectly apply to each individual product. Just over four years is likely in the ballpark for how long Mac users keep around their computers, but if looked at on a product-by-product basis that statistic would likely be different for iPhone and Apple Watch owners.

For more details on the topic, check out Dediu's full post on Asymco.com.

OllyW
My Mac mini is five years old. I didn't plan to keep it so long but Apple have failed to release a suitable replacement.
Score: 33 Votes (Like | Disagree)

itsmilo
My MacBook Pro from Late 2012 still runs like on its first day.

My first gen Apple Watch on the other hand was dead on arrival (so slow, Steve Jobs would have never allowed it)
Score: 29 Votes (Like | Disagree)

chrono1081
Sorry but I gotta call BS on this article. I know this is anecdotal but I have yet to see a Mac last less than 6 years, most are 8+.

Not only have mine all lasted well to the 10 year mark, but my parents Macs have lasted at least 8 years. as have my friends, the offices I used to support in my IT days, and my current work Macs (one is 11 years old).

iPads and iPhones are going to obviously have less life because mobile technology today is where computers were in the 90s, lots of advancements really quickly so of course those will have less of a lifespan.
Score: 16 Votes (Like | Disagree)

I've never understood why people need to upgrade their phone and everything every damn year. I've used every Apple product I've ever bought for at least four years before I replaced it, mostly longer. There was just no need to replace.

They don’t need. They want.
And if they have worked all year long with honesty and integrity, they have all the rights to spend their money how they see fit. Some people spend on cars, other on phones, others on clothing etc.
Score: 14 Votes (Like | Disagree)
Read All Comments