KGI: Apple to Discontinue iPhone X Rather Than Sell at Lower Price When Second-Generation Model Launches

Apple will discontinue the first-generation iPhone X when the second-generation model launches later this year, rather than bump the device down its smartphone lineup for lower than $999, according to KGI Securities analyst Ming-Chi Kuo, who clarified his earlier prediction with a follow-up research note today. 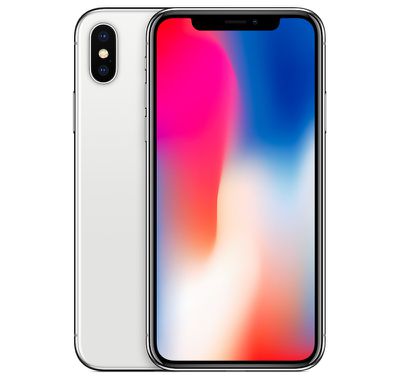 Kuo said that Apple keeping the current iPhone X in its smartphone lineup for a reduced price, such as $899, would likely cannibalize sales of the mid-range 6.1-inch iPhone with Face ID and a LCD display that he expects to launch in the second half of 2018 for between $650 and $750 in the United States.

An excerpt from Kuo's research note obtained by MacRumors on Monday:

iPhone X would hurt product brand value & lineup of 2H18 new models if it continues to sell at a lower price after 2H18 new models launch: Lowering iPhone X's price after the 2H18 new models launch would be a negative to product brand value given 3D sensing and OLED display are features of the new high-price model. Additionally, to sell iPhone X at a lower price may have a negative impact on shipments of the new 6.1" LCD iPhone in 2H18. Thus, we estimate iPhone X will reach end-of-life (EOL) around the middle of 2018.

If accurate, Apple's smartphone lineup later in 2018 would consist of the second-generation 5.8-inch iPhone X, which will likely remain $999, a larger 6.5-inch version dubbed iPhone X Plus, and the mid-range 6.1-inch iPhone. Below that would likely be iPhone 8, iPhone 7, and iPhone SE models.

MedRed
Just don't make me have to get a bigger phone to have the best features.
Score: 84 Votes (Like | Disagree)

In other news, Honda will discontinue 2017 Civic when 2018 Civic is released.

Except Apple is still selling an iPhone model from 2015 (iPhone 6s), so your analogy doesn't apply.
Score: 66 Votes (Like | Disagree)

already thinking of X'ing out the X.

So the iPhone X plus will cost around $1,200? That'd be ridiculous.

Do you not know how this works by now? In about May, rumors will fly of some kind of iPhone X Magical Mega with a rumored price of (about) $1499... followed by another rumor also suggesting $1499... and then maybe one or two more in the weeks leading up to the big reveal. The rumors get us through the "I will never pay that much" outrage without actually costing Apple any sales, shifting us into nearly acceptance, except maybe still clinging to the idea that we won't pay that much for a phone. Nevertheless, one of our kidneys is probably listed on CL just in case we can't bare to NOT pay whatever the mothership asks for a new phone.

Then Apple takes the stage, reveals the new "it" with a few new features not available on prior phones, some software gee-whiz, maybe some kind of gimmicky feature only the kiddies will love too. Everyone will expect the $1499 price because the rumors have us pretty much there. Then Apple reveals "only $1200" to a big sigh of relief and applause.

Any remaining price-shocked naysayers should be met with the monthly payment argument: "only $8.33 more per month" (over 24 months) and just the usual beat down if that doesn't shut them down.

Next year: about May rumors imply the next, next "it" at $1999. Repeat sequence of events, concluding with us gushing we're getting that iPhone Xss for "only $1499"... "Shut up and take my money."

In both cases, we're all (self) hyped up such that we drag ourselves out of bed trying to give Apple "only $1200" and then "only $1499" at 3am in the morning. We may be missing a kidney and/or sending BarclayCard Executives to Hawaii again (or maybe they get to finally BUY one of the Hawaiian Islands this time) but WE MUST HAVE THAT NEW IPHONE. MUST, MUST, MUST!

There's lots of ;) in the above, but we know there's also underlying truths in there too.
Score: 31 Votes (Like | Disagree)

kevinbeared
Apple became so short-sighted now, they only think they could make a huge pile of cash with the X, but didn't think of the aftermath...

If the premium line is at 1300$, i won't buy Apple anymore and i refuse to buy a second class iPhone where every features is just cut by sofwtare and a few hardware miss... i will buy the top android for 800$..

They are greedy ***king shareholders, they really ruin everything
Score: 30 Votes (Like | Disagree)
Read All Comments