When Apple released the updated App Store as part of iOS 11, the App Store logo got an overhaul. Instead of an "A" made from a pencil, a paintbrush, and a ruler, Apple designed a simpler "A" that looks like it's constructed from popsicle sticks.

As it turns out, Apple's App Store logo bears a resemblance to the logo used by a Chinese clothing brand named KON, and now KON is suing Apple. 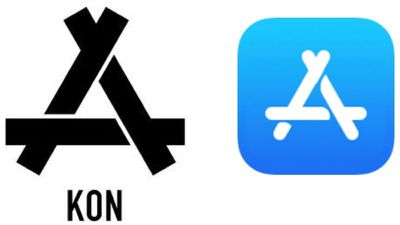 According to Phone Radar (via The Verge), KON believes Apple's new logo is a violation of Chinese copyright law. KON is a brand that's been around since 2009, and as The Verge discovered, Baidu Baike, the Chinese equivalent of Wikipedia, says the KON brand was inspired by music like the Sex Pistols, with the logo meant to represent three skeleton bones symbolizing power over death.

The Beijing People's Court has accepted the case and should make a ruling over the course of the next couple of weeks.

Apple in 2016 lost a similar case involving the "IPHONE" trademark that was in use by Chinese leather goods manufacturer Xintong Tiandi Technology. In that case, Apple was aiming to protect its iPhone trademark to prevent Xintong Tiandi from using the iPhone name for its cases, but the Chinese courts ruled against Apple.

yanksfan114
“According to Phone Radar ('https://phoneradar.com/apple-sued-chinese-company-copying-app-store-icon-design-asked-apologize/') (via The Verge ('https://www.theverge.com/2017/12/19/16795334/kon-apple-lawsuit-app-store-logo-sex-pistols')), KON believes Apple's new logo is a violation of Chinese copyright law”

KON is a brand that's been around since 2009

Apple has been using the logo way longer than that. Check out this screenshot of MacOS 10.0, from 2001 (notice the "Applications" icon): 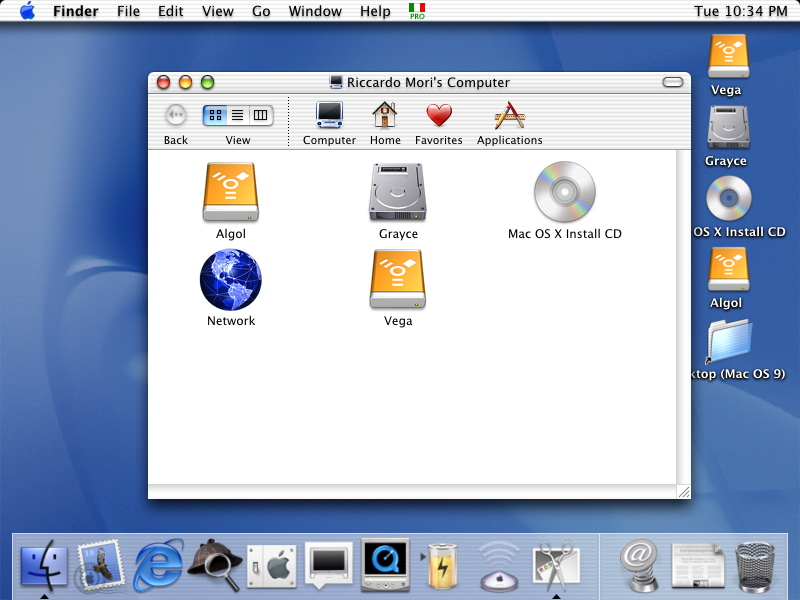 The recent change is a natural evolution of that design. There's no way they should win.

EDIT: And yes, that is Internet Explorer.
Score: 97 Votes (Like | Disagree)

BC2009
I can see suing Apple and demanding they stop using the logo, but clearly there has been no economic loss -- that is just a money grab.

Personally, I MUCH prefer the old AppStore icon, so I hope Apple's response is to stop using the new icon and revert to the previous one. The old icon had meaning. It reflected the intersection of technology and liberal arts. The new one is just lame.
Score: 47 Votes (Like | Disagree)

sniffies
Those kon artists can go to hell
Score: 43 Votes (Like | Disagree)

Uni Grad
YES! I was wishing Apple would change back to the old App Store logo, this one just looks hideous. Maybe this will push them over to do that.
Score: 37 Votes (Like | Disagree)
Read All Comments