Apple today confirmed the iMac Pro is equipped with its custom T2 chip for enhanced security and integration. The chip is second-generation silicon, building upon the T1 chip in the latest MacBook Pro with the Touch Bar that authenticates and secures Touch ID and Apple Pay respectively. 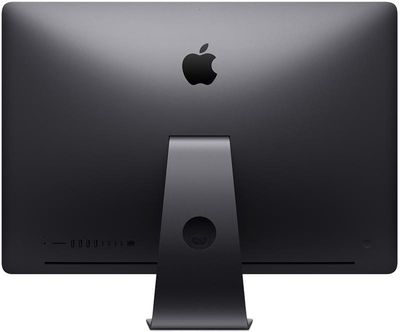 The T2 chip also has a Secure Enclave coprocessor that makes the iMac Pro even more secure with new encrypted storage and secure boot capabilities.

The data on your SSD is encrypted using dedicated AES hardware with no effect on the SSD's performance, while keeping the Intel Xeon processor free for your compute tasks. And secure boot ensures that the lowest levels of software aren't tampered with and that only operating system software trusted by Apple loads at startup.

⑤ Security. This new chip means storage encryption keys pass from the secure enclave to the hardware encryption engine in-chip — your key never leaves the chip. And, they it allows for hardware verification of OS, kernel, boot loader, firmware, etc. (This can be disabled…) pic.twitter.com/qKJ6bHdtr8 — Cabel Sasser (@cabel) December 12, 2017

The settings reveal that users can enable a firmware password to prevent the iMac Pro from starting up from a different hard disk, CD, or DVD without the password. There are also three secure boot options and options to allow or disallow booting from external media devices such as USB and Thunderbolt drives.

"Full security" ensures that only the latest and most secure software can be run. Apple says this mode requires a network connection at the time of software installation. "Medium security" requires verifiable software to boot, but not the latest software, and "no security" lets the operating system boot freely.

wait so isn't T1 in the new MacBook pro ?

Why in the world would anyone buy one of these?

You obviously don’t need one and it’s a secret as to why a lot of folks need one, so I can’t tell you.
Score: 13 Votes (Like | Disagree)

BMcCoy
I wonder if they considered sticking in a FaceID camera?

Presumably they'll show up on all Apple devices over the next couple of years..?
Score: 12 Votes (Like | Disagree)

Wednesday June 29, 2022 4:43 am PDT by Sami Fathi
Fifteen years ago to this day, the iPhone, the revolutionary device presented to the world by the late Steve Jobs, officially went on sale. The first iPhone was announced by Steve Jobs on January 9, 2007, and went on sale on June 29, 2007. "An iPod, a phone, an internet mobile communicator... these are not three separate devices," Jobs famously said. "Today, Apple is going to reinvent the...
Read Full Article • 231 comments