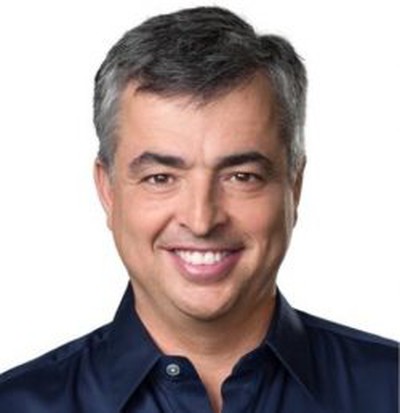 Apple iTunes Chief Eddy Cue will attend the Pollstar Live! 2018 Conference where he will sit down for a QA session with Variety Executive Music Editor Shirley Halperin, Variety reported today.

Cue's official title is vice president of Internet Software and Services, and he oversees both iTunes and Apple Music along with Apple Pay, Maps, iCloud services, Apple's video efforts, and more.

"Eddy Cue and his team at Apple have changed the way we listen to music, played a transformative role in artist discovery, and ignited the passion of music fans," said Ray Waddell, president, Media & Conferences, for Oak View Group, producers of Pollstar Live! "We are thrilled to have him address the attendees at Pollstar Live! and can't wait to hear what he has to say."

The Q&A session, entitled Apple and the Music Business, will take place on the morning of February 7, 2018 at the InterContinental hotel in Downtown Los Angeles. Pollstar Live! is a three day event that starts on February 6.

jdawgnoonan
Congratulations for leading development on the worst piece of software with this level of market saturation! Most people only launch it by accident.
Score: 5 Votes (Like | Disagree)

Eddy is Steve's natural successor. A visionary and very charasmatic guy. Apple is lucky to have him so step aside, Tim!

Ha ha ha - the competition is very greatful of this visionary :)
Score: 3 Votes (Like | Disagree)

M.PaulCezanne
Question: how is it you earn 9 figures from Apple when you don’t seem to be able to distinguish your rear end from your elbow?
[doublepost=1513345468][/doublepost]

That would make too much sense. Spaceship Apple doesn’t seem to embrace reality these days does it.
Score: 3 Votes (Like | Disagree)

btrach144
I saw Eddy's picture and thought that he left Apple. #Dang
Score: 3 Votes (Like | Disagree)

dannyyankou
The exclamation point bothers me

Wednesday July 1, 2020 3:40 am PDT by Tim Hardwick
As expected, Apple's first MacBook Pro with a Retina display is now officially classed as "obsolete" worldwide, just over eight years after its release. In a support document, Apple notes that obsolete products are no longer eligible for hardware service, with "no exceptions." This means that any mid-2012 Retina MacBook Pro 15-inch models still out there that require a battery or other...
Read Full Article • 170 comments

Tuesday June 30, 2020 11:44 am PDT by Juli Clover
There's a new 'EvilQuest' Mac ransomware variant that's spreading through pirated Mac apps, according to a new report shared today by Malwarebytes. The new ransomware was found in pirated download for the Little Snitch app found on a Russian forum. Right from the point of download, it was clear that something was wrong with the illicit version of Little Snitch, as it had a generic installer...
Read Full Article • 125 comments