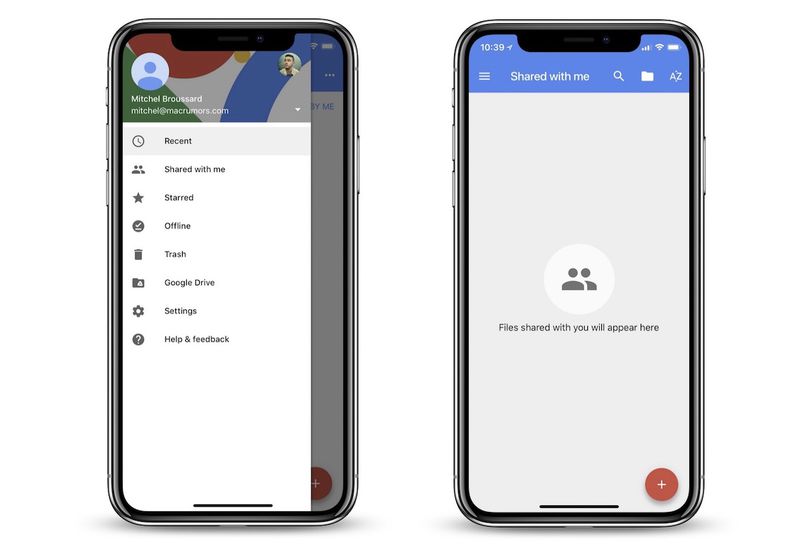 Additionally, the same update has introduced drag-and-drop support for all three apps on compatible iPads. This way, users can easily drag and drop content from other apps right into Docs, Sheets, and Slides using multitasking on iPad. The release notes for each app's version 1.2017.46204 update reads as follows:

- iOS 11 and iPhone X support
- In iOS 11, easily drag and drop content from other apps into Slides
- Bug fixes and performance improvements

While Google has now introduced iPhone X support into its productivity apps, it still has yet to roll out compatibility for the iPhone X's screen size with some of its more popular apps, including Google Maps and Gmail. Many other apps were ready with iPhone X updates prior to the smartphone's launch on November 3, and the list is now growing as more developers update their apps following the iPhone X's debut.

it can be done, you know
Rating: 8 Votes

What I honestly don't get is why it takes so long to do something like this. They've had the development tools for a while haven't they?

OldSchoolMacGuy
Google Maps with support for the iPhone X is in beta now and will be updated shortly.
Rating: 6 Votes

dan9700
What about maps and gmail
Rating: 3 Votes

Sevanw
Gyaaadamn that notch is so hideous. Still shocked this is an officially released final product from Apple.
Rating: 3 Votes

Infinitewisdom
What I honestly don't get is why it takes so long to do something like this. They've had the development tools for a while haven't they?
Rating: 2 Votes

Goldfrapp
At least google is a little more up-to-speed than feedly, which is actually shocking

Ludatyk
Can we please get YouTube PiP support for the iPads?? Seriously! Google even does it on Android... not sure what's the hold up!
Rating: 1 Votes
[ Read All Comments ]