Logitech has announced in a blog post that it will offer Harmony Link hub owners a free upgrade to the more recent Harmony Hub before it bricks the older smart home controller in early 2018.

Previously, the company had offered owners who were out of warranty a 35 percent discount on the newer $100 hub to compensate for the six-year-old Harmony Link's deactivation in spring of next year, when the device's encryption certificate expires. But the news sparked an online backlash according to Wired, and Logitech has decided to reverse course.

If you are a Harmony Link user, we will reach out to you between now and March 2018 to make arrangements to replace your Link with a free Harmony Hub, a product with similar app-based remote control features to Link, with the added benefit of controlling many popular connected home devices plus, it works with popular voice assistants.

Additionally, Harmony Link customers that have already redeemed their 35% discount on a Harmony Hub will also be refunded the full amount they paid for the replacement. Again, we will be in touch with you regarding these updates between now and March 2018, before your Harmony Link will no longer function.

Logitech said it decided to end support for the Harmony Link "because we would be acting irresponsibly by continuing the service knowing its potential/future vulnerability".

As for why it couldn't just patch the device or extend the license, the company explained that the newer Harmony Hub has around 40 times as many users as the Link, so focusing support and services on the former was a better use of its resources.

Logitech has also responded to suggestions that it had been pressing the mute button on angry customers in its forums by censoring the phrase "class action lawsuit" in complaint threads.

Logitech said the removal was due to a list of auto-blocked keywords in its Community Terms of Service, which doesn't allow solicitation, including legal solicitation. The company has now unblocked the phrase and is in the process of reviewing all of its forbidden forum words and phrases.

Asian company. About 200 years behind the rest of the world in customer support and loyalty. Once you buy it, we owe you nothing.

Logitech are a Swiss Company.
Score: 16 Votes (Like | Disagree)

ImNoSuperMan
Well done logitech. Decision to brick the device which was sold as late as this year was in bad taste. But all's well that ends well. Harmony Hub is an exceptional device which does everything the link did and more. No one can complain now.
Score: 4 Votes (Like | Disagree)

If you are a Harmony Link user, we will reach out to you between now and March 2018 to make arrangements to replace your Link with a free Harmony Hub 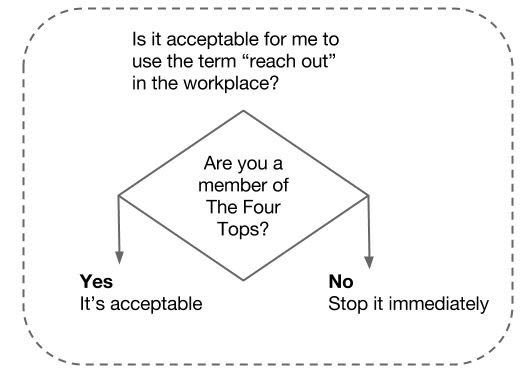 Seriously though, Logitech lost me as a customer a long time ago after completely ruining the Squeezbox lineup. A true alternative to Sonos, I loved some of the hardware, particularly the Boom. It was a damn shame they killed it off after seeming to neglect it for so long. It seems to be a bad habit of theirs.
Score: 3 Votes (Like | Disagree)

They weren’t just ending support, they were bricking the device. Meaning anybody with a fully functioning Link will not be able to use it anymore. It’s not unreasonable to expect Logitech to accommodate those customers.
Score: 3 Votes (Like | Disagree)

Government not TV makers. TV makers made money on the converters. invalid argument.

Actually your entire argument is invalid.

A better argument would be Samsung, for example, saying "your TV is 6 years old, so we're no longer going to let you use it". This isn't anything to do with a third party/government service being switched off - it's about a device that, in effect, has a built-in kill switch (in the form of a certificate) which they're not going to update.

Another example - say you bought a car, and a few years later Ford said "we're sorry, but the certificate in your ECU is running out, and we're not going to update it, in 6 weeks time your perfectly working car will no longer work, but hey, you can buy a new one for 35% off". It wouldn't be acceptable.

As for Logitech, Harmony is pretty much the only decent remote control system out there. It has bugs, and lacks pretty major features (HomeKit, for example), but it's the best of a bad bunch.
Score: 2 Votes (Like | Disagree)

Asian company. About 200 years behind the rest of the world in customer support and loyalty. Once you buy it, we owe you nothing.

Logitech is Swiss. And operational headquarter in the US.
Score: 2 Votes (Like | Disagree)
Read All Comments