Apple shares are currently trading for around $175, giving the iPhone maker a market cap of roughly $900 billion. The valuation puts Apple within $100 billion of becoming the world's only trillion dollar company. 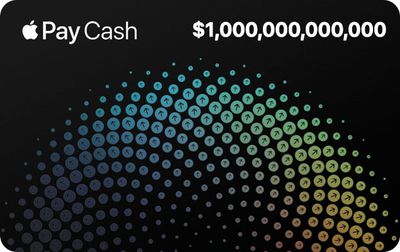 Apple shares will have to rise to around the $195 mark for the company to reach a trillion dollar valuation, depending on the rate of its share buybacks, and an increasing number of Wall Street analysts think that will happen.

Drexel Hamilton analyst Brian White, who is extremely bullish about Apple, has a lofty 12-month price target of $235 for the company's stock. In other words, he forecasts that Apple could be a $1.2 trillion company within a year.

RBC Capital Markets analyst Amit Daryanani has also said Apple has the potential to achieve a trillion dollar market cap, and even surpass that valuation, by the end of 2018. His current price target for Apple shares is $190.

Apple could be the world's only trillion dollar company, but it wouldn't be the first. The spice trading Dutch East India Company, founded in 1602, was the first to go public and at one point was valued at over $7 trillion when adjusted for inflation.

Wall Street analysts, including White, have been prognosticating Apple becoming a trillion dollar company since as early as 2012.

Baumi
Wow. And I'm just one billion dollar away from becoming my family's first billionaire…
Score: 72 Votes (Like | Disagree)

Relentless Power
And To think this company almost 20 years ago was in the ruins. And now they're almost the only company to be a 1 trillion Dollar business. Amazing.
Score: 26 Votes (Like | Disagree)

smithrh
For those of us that have stuck with, defended and been belittled for supporting Apple since the 70's, this is good.

Fully recognize the downfalls of such a big company, but man hearing "dooooomed" for literally decades was a pain...
Score: 22 Votes (Like | Disagree)

fumi2014
Lol. They have nothing to be proud of. A third of that is probably owed in taxes. I love their products but have very little respect for them whatsoever as a company - wilful tax avoidance, China workers etc.
Score: 11 Votes (Like | Disagree)

For those of us that have stuck with, defended and been belittled for supporting Apple since the 70's, this is good.

Fully recognize the downfalls of such a big company, but man hearing "dooooomed" for literally decades was a pain...

It actually only matters to people who are shareholders. Apple is only a company like every other company.
Score: 10 Votes (Like | Disagree)
Read All Comments