Over the past two days, a couple of high-profile research analysts have issued reports predicting that Apple's stock will reach the $1000/share milestone within the next year or two, a move that would see that company's market capitalization push toward an unprecedented trillion-dollar market capitalization.

Yesterday, analyst Brian White issued his first research note on Apple in his new position with Topeka Capital Markets. White had previously worked at Ticonderoga Securities, which ceased operations earlier this year. In his initiation report for Topeka, White offers a 12-month price target of $1001 for Apple, citing the appeal of 4G LTE, booming growth in China, and an expected Apple television set as drivers for the company's growth.

We are initiating coverage of Apple with a Buy rating and a 12-month price target of $1,001.00. Driven by an ever expanding portfolio of innovative products, a growing integrated digital grid, unmatched aesthetics and a brand that is able to touch the soul of consumers of all backgrounds, Apple fever is spreading like a wildfire around the world and we see no end in sight to this trend. As such, we believe the Apple story still has a long way to play out in the coming years and we expect the next 12-18 months to be particularly exciting for the Company on multiple fronts.

White also points to Apple's dividend and share repurchase program, with growth of that program in the future, as an additional driver for investor interest in Apple's stock.

Meanwhile, Piper Jaffray analyst Gene Munster weighed in with his own report early today, and while his official 12-month price target for Apple moves from $718 to $910, he believes that the stock will roll on to reach $1000 in 2014.

Munster estimates that half of the predicted $400 billion growth in Apple's market cap will come at the expense of its competitors, while the other half will come from new money entering the tech sector.

Given Apple's current share count of roughly 930 million, a $1000 price would see the company pushing toward a market capitalization of $1 trillion. As we noted last month, Microsoft set the standard for highest market capitalization for a publicly-traded company back in 1999 at $604 billion. Apple is roughly $20 billion short of that number as of today, but when adjusted for inflation, Microsoft's peak market cap would have corresponded to over $800 billion in today's dollars. 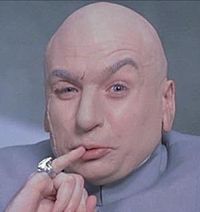 drummingcraig
Its only a matter of time before AppleNet becomes self-aware and our iDevices attack us and start WWIII.
Score: 14 Votes (Like | Disagree)

andyjam
And today, Microsoft is worth $250bn. Nobody could have possibly foreseen the loss of 75% of their market cap (based on inflation adjusted numbers) in the late-1990's, but surely enough...

Apple cannot simply keen on growing forever and ever. My predication is that there will be a big crash some time over the next few years. Probably 2015-16, especially if they reach $1000 per share by 2014.

There is no such thing as the perfect company, or the perfect stock. Investors need to realise this, because AAPL is looking pretty perfect at the moment and that's just going to fuel overconfidence.
Score: 11 Votes (Like | Disagree)

("wise" investors sell if everyone else is buying - and remember that you'll almost never manage to sell a stock exactly at its peak, or buy it at its low point)
Score: 11 Votes (Like | Disagree)

pheenix11
I love Apple but when you start seeing predictions like this it's time to sell. And I'm not talking about Apple specifically, I'm talking about the entire market. Bernanke and friends have succeeded in blowing yet another bubble with cheap money that will burst and take everything with it. Get ready for Mad Max.
Score: 10 Votes (Like | Disagree)
Read All Comments