Apple sold 5.39 million Macs during the quarter, up from 4.89 million in the year-ago quarter, marking an 10 percent increase in shipments. 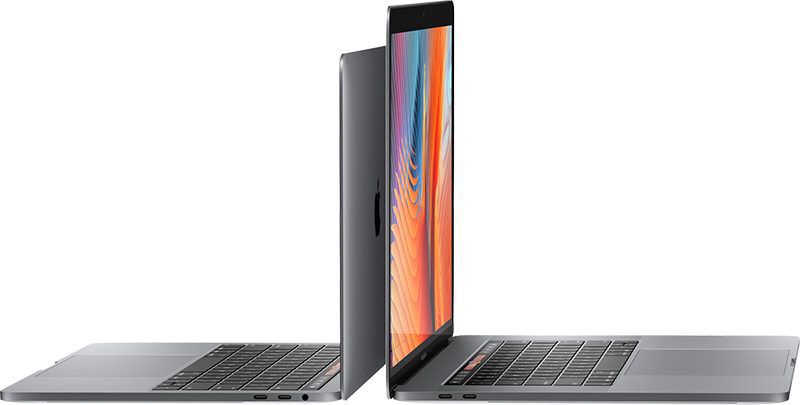 Mac revenue came in at $7.17 billion, up from $5.74 billion in the year-ago quarter, marking 25 percent growth. Overall revenue is likely up thanks to an increased price tag for the MacBook Pro, which saw prices raised in 2016 with the debut of Touch Bar models.

Apple this summer refreshed much of its Mac lineup, introducing new MacBook, MacBook Pro, and iMac models with Kaby Lake processors. At the end of this year, Apple plans to introduce the iMac Pro for its professional user base, and there are future plans to unveil a modular high-end Mac Pro, both of which should further boost Mac sales in the years to come.

zhang96
yeah, update it and you'll get growth.
Rating: 19 Votes

pubwvj
I wish they would put more into the computer market. I would actually prefer larger laptops - the always smaller and lighter mantra is fine for the MacBook Airs but for the MacBook Pro I want solid performance and more weight is not bad. I like the weight and feel of my old 2010 MacBook Pro. What I would like is more battery, more ports, more memory, more processors, more system storage (SSD), a big bright screen and real function keys. The keyboard on the 2010 MBP is also better than the newer units - a matter of feel although the dust collection under keys is a problem Apple needs to work on which could also make it waterproof if done right.
Rating: 9 Votes

But Apple dropped in the overall market . We saw the story a few weeks ago.


That story was based on the assumption that Apple shipped 4.6 million Macs, when they actually shipped 5.4 million. So they're actually up 10.2%, when Gartner thought they were down 5.6%. Assuming Gartner's other numbers are close to correct, this also means Apple jumped up to fourth rank.
Rating: 8 Votes

OldSchoolMacGuy
With the laptop market as a whole down, that's impressive.
Rating: 6 Votes

trunten
I’m guessing the touch bar is less of an issue outside the Apple blogosphere
Rating: 5 Votes

robeddie
maybe this os partly why Tim Cook assured us they still plan to do something with the mini.
A nifty little mac (with modern components) might actually sell a bit
Rating: 5 Votes

It‘s been like this for years now when comparing Mac sales with the market as such. Nevertheless this is a great achievement. With some more frequent updates I do believe it could be even more.


I believe the reason we don't see more frequent updates to the Mac lineup, including laptops, is the current state of computer sales.

Why invest a lot of resources in releasing new desktops and laptops when the sales potential keeps falling? Sure, there's money to be made, but it's FAR more profitable to put those resources into smartphones and even tablets, where you'll see much much better returns.

I'm sure many would argue against this thinking but the truth is, this is how business works. Any smart business leader will agree that you invest the majority of your resources in the product that'll bring about the largest return for your investment. Apple (and others for that matter) aren't investing heavily in the desktop and laptop market because those markets return less and are shrinking. To release new laptops every 6 months or even every single year would be stupid in the current climate.

Sucks for the consumer who wants to buy those things but sadly there aren't enough of us that want to buy them to make it worth it for businesses to produce them.
[doublepost=1509673022][/doublepost]

I'll still vote him out @ the next shareholder's meeting. He's not the right man for the job. And the SJW stuff has to stop.


And silly statements like that are why you will never be on the board of any company. No board member in the world who has any clue what they're doing would vote out an insanely successful CEO. Please provide one example of that happening in American business.
Rating: 5 Votes

happyslayer
I helped contribute to this; I love my new gold 12” MacBook with 16GB RAM!
Rating: 4 Votes

. So they always find a way to make products more expensive and popular


What does this even mean? Apple releases a product and their intentions is to make it more "popular"? Or, they make a product that is manufactured to the highest quality and it performs efficiently, And then the consumer chooses to make the decision based on what they spend their money on, which determines the success of Apples product(s). That sounds more logical.
Rating: 4 Votes