Face ID Unlocks an iPhone More Slowly Than Touch ID, but is Faster in Day-to-Day Usage

Tom's Guide is one of the sites that was provided with an iPhone X for evaluation this week, and reviewer Mark Spoonauer compared Face ID and Touch ID unlocking times with a stopwatch. 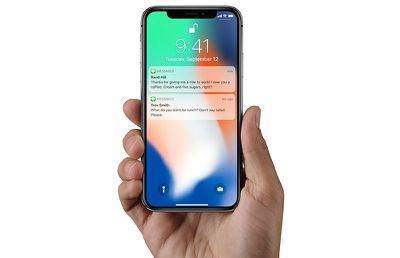 I've been using Face ID on the iPhone X for more than 24 hours, and I don't need a stopwatch to tell you that it unlocks my phone slower than when I was using Touch ID on my older iPhone 7 Plus. I used a stopwatch app anyway to prove my point.

It took 1.2 seconds for Spoonauer to unlock the iPhone X from pressing the side button on the side of the device and another 0.4 seconds to swipe up to get to the lock screen, while getting to the Home screen on an iPhone 7 Plus using Touch ID took 0.91 seconds.

When using Raise to Wake and swiping up on the display as the iPhone is recognizing a face (as Face ID is meant to be used, according to John Gruber), unlocking was faster at a total of 1.16, but Spoonaeur still found it to be slower than Touch ID.

In a raw comparison like that, Touch ID seems like the faster unlocking method, but as TechCrunch's Matthew Panzarino points out, in actual day-to-day usage, Face ID has benefits over Touch ID because it's a more streamlined interaction.

Panzarino says that while Face ID is slower when placed head to head with Touch ID, it's "much more fluid and faster to actually 'do things.'"

Here. Let me show you in a video what I mean that Face ID in use is different than Face ID artificially clocked. pic.twitter.com/1jvU2f5vC2 — Matthew Panzarino (@panzer) November 1, 2017

Face ID is a first-generation technology, and early Touch ID was also much slower than it is today. In the future, Face ID will improve and get much faster, but even in the interim, it seems to be a more natural biometric authentication method that won't require thought or attention once users become accustomed to the way that it works.

Right now, Face ID is only available to a select number of people who have been provided with early iPhone X review units, but once it launches on Friday, we'll have a much better understanding of just how it works and how it compares to Touch ID in real world usage.

WarHeadz
I get what he's saying, when I want to open a notification and I'm forced to put my finger on the TouchID to open it, it's kind of annoying. I'm excited to not have to do that anymore.
Score: 33 Votes (Like | Disagree)

TMRJIJ
Waiting for second gen Face ID to be so fast that people complain forcing Apple to change how the you unlock the device
(For those don’t remember, that happened with Touch ID)
Score: 20 Votes (Like | Disagree)

sketdansuu
its going to be way faster during the winter season
Score: 16 Votes (Like | Disagree)

Rogifan
OMG people just stop already. And watch a real video that isn’t artificially comparing one vs. the other using a stop watch or whatever. :rolleyes:

WestonHarvey1
You need to factor in the failure rates over a large number of samples to get a fair comparison of time. Touch ID fails for me at least 10% of the time. I then have to stop, try to clean the sensor or dry my hand, try again, have it fail again, give up and then enter my 6 digit PIN. Those incidents last a lot longer than 0.91 seconds, and it happens several times a day.
Score: 13 Votes (Like | Disagree)
Read All Comments