Nintendo yesterday held its quarterly earnings report [PDF], launching off with details of its "Smart-Device Business" and telling investors how things have been going for Super Mario Run and Fire Emblem Heroes, while detailing the upcoming launch of Animal Crossing: Pocket Camp. Although Fire Emblem Heroes is on track to meet the company's "overall profit objectives," Super Mario Run appears to be a disappointment in the iOS App Store for Nintendo, which stated it has "not yet reached an acceptable profit point" for the game (via The Verge).

The difference between the two apps lies in their payment structure, with Fire Emblem Heroes a free-to-download title with micro-transactions, and Super Mario Run priced at a fixed $9.99. The company noted that Super Mario Run has now hit the 200 million download mark, and Nintendo was even able to launch the app in countries "not previously reached by our dedicated video game platform business." 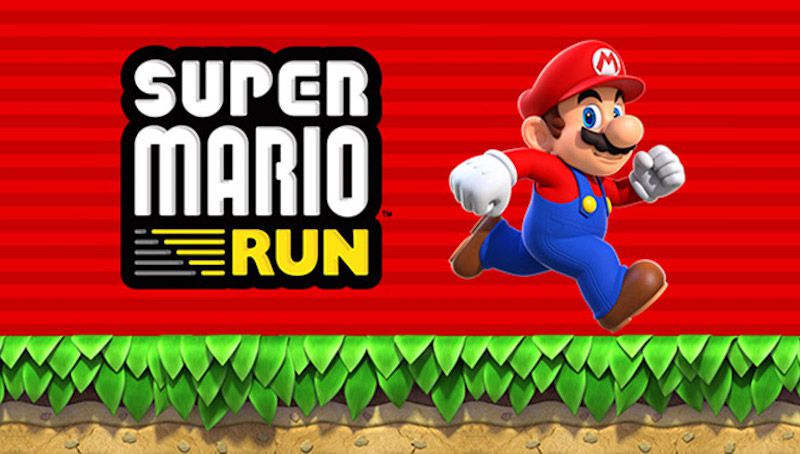 Unfortunately, after about 10 months on mobile devices Super Mario Run still has not made the amount of money that Nintendo predicted for the title, which was its first foray into a mobile app built around one-time payments. Still, the company said that it has "learned a lot in terms of game development and deployment," which it plans to "take advantage of moving forward."

Although we have not yet reached an acceptable profit point, we have learned a lot in terms of game development and deployment that we want to take advantage of moving forward.

For Fire Emblem Heroes, Nintendo said that it "listened to the voices of our consumers," leading to continual updates to the app since its launch in February. This game is on track to meet Nintendo's business and profit objectives, and new in-game events will be added soon, as well as Traditional Chinese text. The game will then expand to five more countries and regions: Hong Kong, Taiwan, Macao, Thailand, and Singapore.

Nintendo's newest iOS game Animal Crossing: Pocket Camp will follow in the footsteps of Fire Emblem Heroes, bringing in-app purchases to the free-to-download game in the form of Leaf Tickets. For the mobile version of Animal Crossing, Nintendo said that "our objective is to offer a service that allows even consumers who do not normally play games on a regular basis to have a little fun each and every day."

Nintendo's first iPhone game, Miitomo, also uses a free-to-download payment structure with in-app purchases, but the company made no mention of that game in its newest earnings report.

Earlier in the year, a senior official at Nintendo reportedly told Nikkei that the company prefers the pay-once strategy of Super Mario Run, and called the freemium aspects of Fire Emblem Heroes an "outlier" in the grand scheme of its mobile gaming plan. Even then, Nintendo President Tatsumi Kimishima -- who presented this week's earnings report -- admitted that Super Mario Run "did not meet" the company's revenue expectations.

To entice old players to return and new players to download, Nintendo updated Super Mario Run in September with a new mode, new characters, and a 50 percent price drop. Nintendo's earnings report charts are vague, but the company noted an uptick in weekly users thanks to this September update. Prior to that, its weekly users had been dropping precipitously since April.

Ultimately, Nintendo still aims for Super Mario Run to be the "definitive Mario application for smart devices," so players can likely expect ongoing updates to the app in the future.

richie510
I'm definitely going to echo what I hear most about this game. It is fun to play (only tried the free portion), but I'm not going to spend $10 on a game that is unplayable on an airplane.
Rating: 22 Votes

Paradoxally
It's a crappy, overpriced, overhyped (by the media) game. We wanted an ACTUAL Super Mario game, not this.
Rating: 21 Votes

ILikeAllOS
Oh really? You mean it wasn't a good idea to...
[LIST=1]
* Release an endless runner instead of an actual Mario game.
* Make it $10.
* Don't allow Family Sharing so that each family member has to pay $10.
* Require an internet connection at all times.

justiny
They crippled the game by making it online only. I enjoy the game, it is plenty of fun, but not for $10. I only purchased it when it went on sale at half the price.
Rating: 7 Votes

MattJessop
That's a shame - it really is one of the best games I've ever played on iOS, and really has the 'Nintendo' level of quality, even if it was a bit bereft of replay value at launch (the ongoing updates have completely padded it out beyond all doubt. This is easily worth double the price). Would love for them to be rewarded, but glad to hear that they are still committed.

The internet connection verification is absolutely absurd for a portable device however. What the smeg were they thinking?
Rating: 6 Votes

Sylvan
I have money waiting to give you Nintendo. Just remove the online only requirement.
Rating: 5 Votes

It's a crappy, overpriced, overhyped (by the media) game. We wanted an ACTUAL Super Mario game, not this.


It’s refreshing to hear someone say this. It’s exactly how I feel. All I ever wanted was the original Mario game on my phone and iPad. That’s it. But nooooooo Nintendo wanted to be fancy and create something new. Sucks for them but if they would just listen to customers.....

I’d pay 20 bucks to have the original Mario on my iPhone. Maybe I’m crazy but that’s what I want.
Rating: 5 Votes

Half the price, make it work offline and you'll get lots more sales!

People would then move the goal posts and complain that it should be 99 cents (or free).
Rating: 5 Votes

al256
Nintendo, I will pay your $9.99 when I can play this game without an internet connection.
Rating: 5 Votes

Hodapp
There is literally nothing Nintendo could have released that wouldn't have led to endless complaining and armchair quarterbacking. Sadly, all this "lesson" has "taught" Nintendo is that people would rather slowly pay $100+ for a game like Fire Emblem or Animal Crossing than they would $10 once for a game like Super Mario Run.

• Apple Releases iOS and iPadOS 13.3.1 With Toggle for Turning Off U1 Chip in Latest iPhones (62)
• Two of the iPad's Creators Share Thoughts on Its Development, Evolution, and More (32)
• Filmic's New DoubleTake App Lets iPhone Users Shoot Video From Multiple Cameras Simultaneously (43)
• 'iPhone 9' Production Reportedly Scheduled for February, But Could Be Impacted By Coronavirus Outbreak (61)
• MGM Held Talks With Apple and Netflix to Gauge Interest in Acquisition (111)
• FCC Opens Up 3.5GHz Spectrum for Full Commercial Use, Apple's Newest iPhones Already Offer Support (29)
• Apple Patent Imagines iMac Made From a Single Sheet of Glass (125)