A new video posted to YouTube recently by Brooke Amelia Peterson has provided a detailed glimpse at the iPhone X in Space Gray (removed, but still available on Reddit). Peterson is the daughter of an Apple engineer and in the video she visits the company's 1 Infinite Loop campus in Cupertino, California.

While touring the campus (which begins at around 2:10 in the video), Brooke and her dad stop for lunch at Caffè Macs, and he takes out an iPhone X to pay for their food using Apple Pay and Face ID. Brooke then takes a longer look at the iPhone X, swiping through the Home Screen's pages, and activating Control Center and the Cover Sheet through the right and left "ears," respectively. 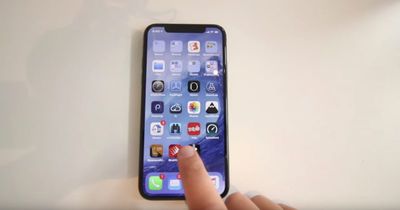 A screenshot from the YouTube video, which has since been removed
It appears that Cover Sheet can also be toggled by swiping closer to the center of the "notch," although Apple placed the activation hot spot for this piece of UI on the left of the notch to avoid users smudging the front-facing cameras.

The video provides glimpses at the new and elongated Side Button, as well as the Space Gray coloring on the back of the iPhone X. Brooke opens the Camera, Calendar, and Notes apps, and her dad sends an Animoji of an alien to show off the new facial recognition features coming to the Messages app. Her dad also briefly mentions that his team will be moving to Apple Park in December.

Pre-orders for the iPhone X will begin this Friday, October 27 at 12:01 a.m. Pacific Time, and Apple today just announced that there will be some stock of the smartphone for walk-in customers arriving early to its retail locations on November 3, the iPhone X launch day. For more details about Apple's upcoming tenth-anniversary smartphone, check out our iPhone X Roundup.

dannyyankou
What the hell is this UI? So the flashlight and camera buttons are just going to obstruct notifications? 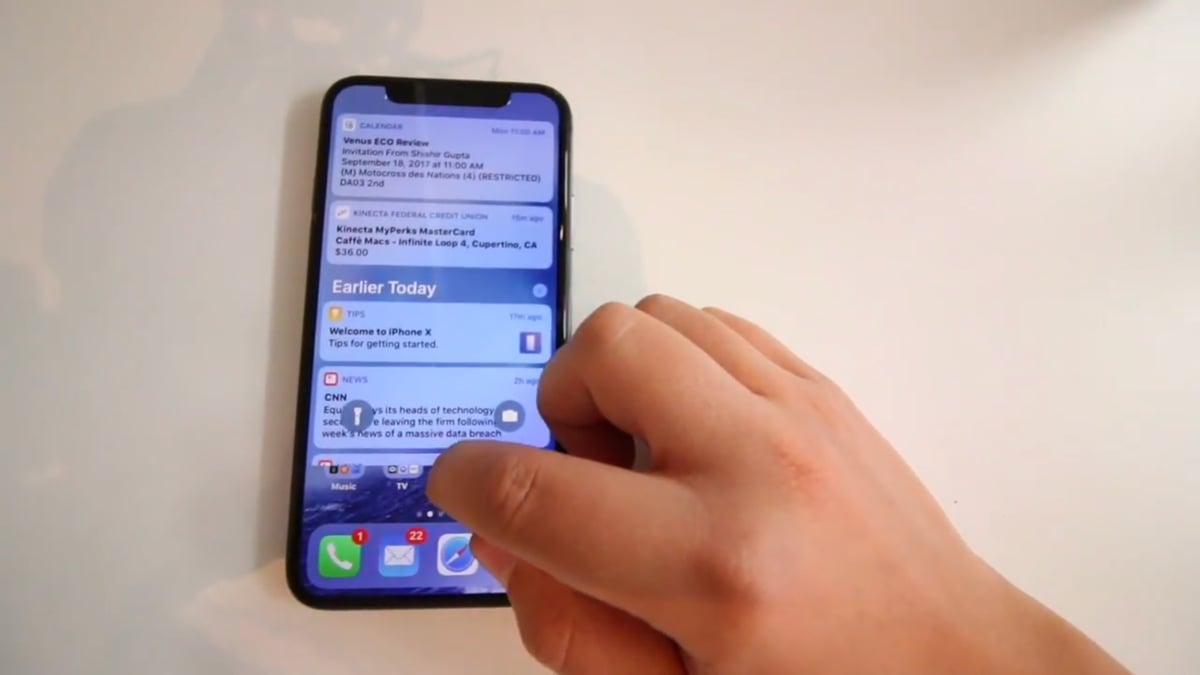 SwissGuy93
I sure hope her father doesn't get fired over this.
Score: 44 Votes (Like | Disagree)

jacobh101
next episode she complains her dad was fired from Apple for showing a pre-released product.
Score: 35 Votes (Like | Disagree)

AppleAlex!
Definitely a marketing move from Apple to appeal to her audience base, which I assume is Teens and younger.
Score: 28 Votes (Like | Disagree)

Only in consumerism America is that a figure of speech. At the very edge of western civilisation.

That's rich that you guys are picking on the girl for the shopping comment in a thread filled with adults clamoring to get a glimpse of a $1k luxury phone for a few seconds in a YouTube video.

Sunday June 26, 2022 7:36 am PDT by Joe Rossignol
iPhone 14 Pro models are widely expected to feature always-on displays that allow users to view glanceable information without having to tap to wake the screen. In the latest edition of his Power On newsletter for Bloomberg, Mark Gurman said the feature will include support for iOS 16's new Lock screen widgets for weather, fitness, and more. "Like the Apple Watch, the iPhone 14 Pro will be...
Read Full Article • 89 comments