Multiple reports have surfaced over the past few days about potential screen burn-in or image retention issues with Google's new Pixel 2 XL smartphone. 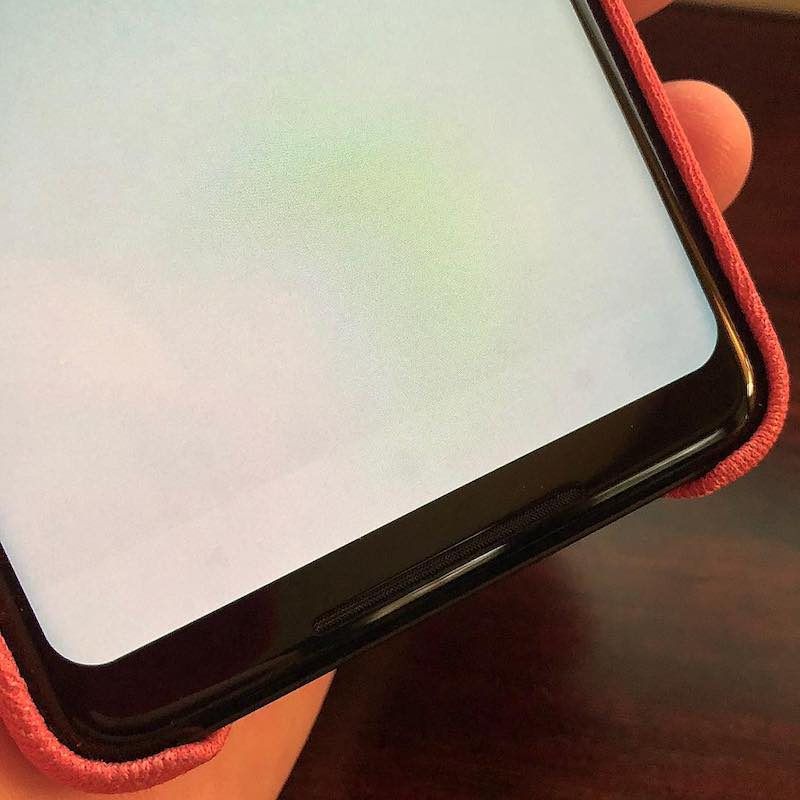 Android Central's Alex Dobie‏ shared a photo on Twitter on early Sunday that shows faint outlines of Android's navigation buttons at the bottom of the display. 9to5Google, The Verge, and Ars Technica also experienced the issue.

That's some pretty wild OLED burn-in on the Pixel 2 XL after maybe 7 days of full-time use pic.twitter.com/EPJTs6D0Kg


In a statement to The Verge, Google said it is "actively investigating" the reports.

The Pixel 2 XL screen has been designed with an advanced POLED technology, including QHD+ resolution, wide color gamut, and high contrast ratio for natural and beautiful colors and renderings. We put all of our products through extensive quality testing before launch and in the manufacturing of every unit. We are actively investigating this report.

Google hasn't confirmed how many users are currently affected.

Google sourced the Pixel 2 XL's plastic OLED display from LG, which could be the root of the problem, given that the smaller Pixel 2 and original Pixel's Samsung-supplied OLED displays have experienced far fewer issues.

Apple is also sourcing OLED displays exclusively from Samsung, so if the issue stems from LG, then the iPhone X shouldn't be affected either.

LG's own V30 smartphone has suffered from many of the same display issues, which has also included banding and uneven colors.

Screen burn-in is typically a result of static images or on-screen elements displaying on the screen uninterrupted for a prolonged period of time. The issue can result in persistent discoloration or a "ghosting" effect on the screen.

geoff5093
I'm an Android fan, who pre-ordered the Pixel 2 XL in white on release day. I cancelled my pre-order because of this, and looking forward to the iPhone X.
Rating: 9 Votes

dumastudetto
I don't understand why people are paying premium flagship prices for devices that are so fatally flawed.

You can buy an iPhone 8 or iPhone 8 Plus for pretty much the same money as Google is charging for their equivalent devices.
[doublepost=1508777775][/doublepost]

I'm an Android fan, who pre-ordered the Pixel 2 XL in white on release day. I cancelled my pre-order because of this, and looking forward to the iPhone X.

Kind of proves OLED still has issues even after 10 years later.

BaltimoreMediaBlog
I've been saying this for a long time. The first word in OLED is organic meaning it decays and dies quicker.

The colors might be brighter and richer, but for how long?
Rating: 5 Votes

I don't really get how the title can say "iPhone X likely unaffected" since they currently have no good idea what's going on - just speculation.


Because even if it did, it would still be unaffected!:

"Dear Apple: My X is showing severe OLED burn-in, what do I do?"

Apple: "You are enjoying the benefits of our new feature. Now you can always see the past, even in the present. We call it "Ghosting", and it's a totally new feature we just thought of now... so, um, no need to check into it at all. Thanks for the email and enjoy your new feature!"

I have had an LG OLED tv for 3 years now. It has been nothing short of amazing.


LG TVs use a RGBW sub pixel format with white oleds on top of which color filters lie. This helps reduce burn in but the power draw is not feasable for mobiles so they don’t make mobile panels like that.
Rating: 3 Votes

Kind of proves OLED still has issues even after 10 years later.


Which may be why Apple has stayed away thus far. It took them a while to cave, but they could only take LCD so far I’m guessing.

And the rewards of OLED out weigh the risks.
Rating: 3 Votes

djcerla
Worst screen in a flagship smartphone, ever.

What a disaster.
Rating: 3 Votes
[ Read All Comments ]

• Apple Releases iOS and iPadOS 13.3.1 With Toggle for Turning Off U1 Chip in Latest iPhones (66)
• Two of the iPad's Creators Share Thoughts on Its Development, Evolution, and More (32)
• Filmic's New DoubleTake App Lets iPhone Users Shoot Video From Multiple Cameras Simultaneously (44)
• 'iPhone 9' Production Reportedly Scheduled for February, But Could Be Impacted By Coronavirus Outbreak (61)
• MGM Held Talks With Apple and Netflix to Gauge Interest in Acquisition (114)
• FCC Opens Up 3.5GHz Spectrum for Full Commercial Use, Apple's Newest iPhones Already Offer Support (29)
• Apple Patent Imagines iMac Made From a Single Sheet of Glass (125)