watchOS 4.0.1 can be downloaded through the dedicated Apple Watch app on the iPhone by going to General --> Software Update. To install the update, the Apple Watch must have 50 percent battery, it must be placed on the charger, and it must be in range of the iPhone. Today's update is only for the Apple Watch Series 3 models. 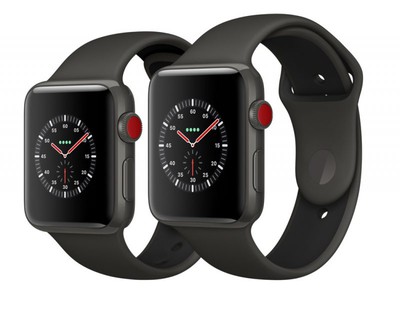 watchOS 4.0.1 fixes issues that in rare cases were causing Apple Watch to join unauthenticated (captive) Wi-Fi networks, such as those found in public places like coffee shops and hotels, which direct the user to a web page before the network can be accessed.

During the review period for the new Apple Watch, testers discovered that the device would frequently disconnect from LTE, choosing to connect to an unusable Wi-Fi hotspot instead of an LTE tower due to its preference for Wi-Fi to save battery.

The Apple Watch was mistakenly connecting to free Wi-Fi hotspots that have interstitial agreement pages to use the service. With no way to see the page or confirm, LTE Apple Watches couldn't actually use the Wi-Fi, but it still prevented them from connecting to LTE.

Apple said it was aware of the issue just before the Series 3 models launched, and said it was investigating a fix for a future software update, which is available today.

anthonyjr
I want them to fix this for the iPhone, actually. It seems to be commonplace for my iPhone to attempt connecting to open Xfinity Wifi networks while I'm driving, interrupting my music or podcasts during streaming while at traffic lights or moving through the city.

I wish they had a qualifier for low quality wifi networks on all of their devices.
Score: 11 Votes (Like | Disagree)

Will the Verge and other sites re-test the Watch and update their ratings?

The Verge doesn't usually update their reviews despite positive changes because they suck.
Score: 10 Votes (Like | Disagree) 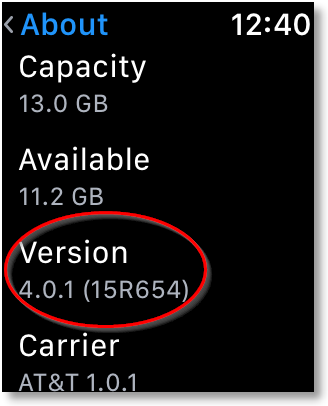 KPOM
Will the Verge and other sites re-test the Watch and update their ratings?
Score: 4 Votes (Like | Disagree)

Anyone that has downloaded this, does it fix the issue with not getting stand reminders?

have you tried the wheelchair setting?
Score: 3 Votes (Like | Disagree)

Anyone install this yet? Wondering how long it takes... the 4.0 install took half of forever, and if possible I'd like to squeeze it in during an hour when I'm already planning not to wear the watch.

Friday June 18, 2021 9:41 am PDT by Sami Fathi
After a long wait, YouTube for iOS is officially gaining picture-in-picture support, allowing all users, non-premium and premium subscribers, to close the YouTube app and continue watching their video in a small pop-up window. In a statement to MacRumors, YouTube says that picture-in-picture is currently rolling out to all premium subscribers on iOS and that a larger rollout to all US iOS...
Read Full Article • 146 comments

Friday June 18, 2021 2:06 am PDT by Sami Fathi
Intel may see its market share fall to a new low next year, in large part thanks to Apple's decision to move away from using Intel processors in its Mac computers and instead use Apple silicon. Apple announced last year that it would embark on a two-year-long journey to transition all of its Mac computers, both desktops, and laptops, to use its own in-house processors. Apple is expected to...
Read Full Article • 156 comments

Wednesday June 16, 2021 11:26 am PDT by Juli Clover
Update: Bloomberg inaccurately interpreted the original comments and has since drastically changed the wording of its article. The original Bloomberg piece said that Apple would be prohibited from pre-installing its own apps on iPhones. The updated Bloomberg article has been rewritten to clarify that the antitrust legislation prohibits Apple from preventing users from removing Apple-created...
Read Full Article • 516 comments

Friday June 18, 2021 6:59 am PDT by Sami Fathi
Apple supplier TSMC is preparing to produce 3nm chips in the second half of 2022, and in the coming months, the supplier will begin production of 4nm chips, according to a new report from DigiTimes. Apple had previously booked the initial capacity of TSMC's 4nm chip production for future Macs and more recently ordered TSMC to begin production of the A15 chip for the upcoming iPhone 13,...
Read Full Article • 122 comments