Wednesday October 4, 2017 1:18 pm PDT by Juli Clover
Apple today received approval from the United States Federal Communications Commission for its upcoming iPhone X models, meaning the devices have passed all of the requisite tests and are cleared for sale. 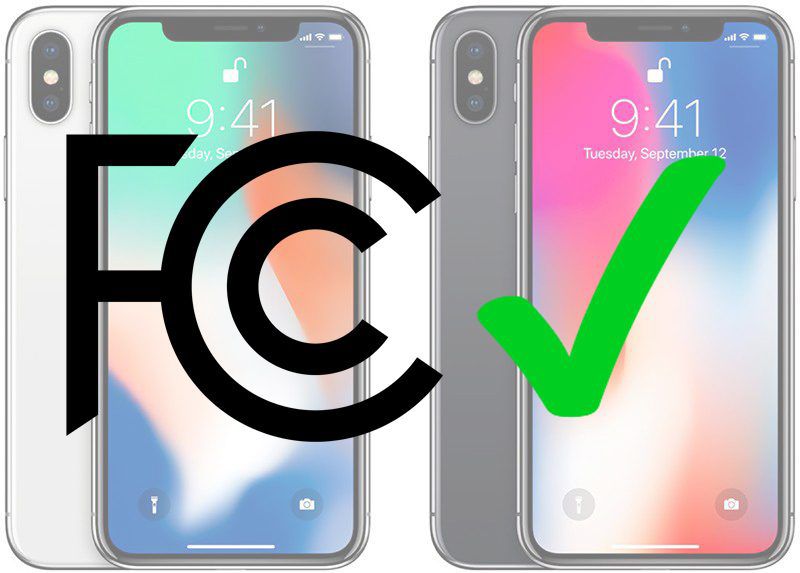 Since the iPhone X was introduced, Apple's iPhone X product pages have included the following footnote noting that FCC approval had yet to be obtained:

iPhone X has not been authorized as required by the rules of the Federal Communications Commission. This device is not, and may not be, offered for sale or lease, or sold or leased, until authorization is obtained.

The FCC must approve all radio-transmitting devices before they are able to be legally sold in the United States, including all iPhones. The FCC's program is designed to ensure that RF devices in the United States "operate effectively," do not cause harmful interference, meet human RF exposure limits, and comply with other FCC rules.

Three iPhone X models have been approved for sale by the FCC, so Apple will now be able to remove that wording from the iPhone X site. FCC approval for the iPhone X comes just over three weeks ahead of when Apple will accept pre-orders for the device.

iPhone X pre-orders will start on Friday, October 27 ahead of an official launch date on November 3.

Supplies of the iPhone X are expected to be heavily constrained due to production issues with the TrueDepth camera used for facial recognition, so the device is likely to be hard to come by for the remainder of 2017 and into the early months of 2018.

Or more likely, they just recently were able to give them the actual final version going into production.

That was most likely done weeks ago.
Rating: 12 Votes

BasicGreatGuy
23 days to go...but I am not counting down. :eek:
Rating: 11 Votes

Even if I can't get the X for launch, at least I'll have some new X toy to play with (Xbox One X). Gonna be a very expensive November.

The space grey, the white/silver, and the rumored copper color or is it the 64 and 256 of one color and the 64 of the other?
Rating: 8 Votes

newyorksole
Woooo can’t wait to get mine.
Rating: 8 Votes

I would NEVER spend £1000 on a device with a 12 month warranty.
Truely shocking that apple thinks they can get away with this

shame on you apple, put your money where your mouth is and offer standard 2 year Warranty....


Most iPhone users(excluding accidental damage, that’s on you) probably won’t need a warranty, every iPhone I’ve had worked great.

RobinInOR
There are 2 models based on the radios, the Verizon/Sprint A1865 phones have more bands than the ATT/T-Mobile A1901 ones. I would expect the FCC to differentiate on that data.
Rating: 5 Votes

stu.h
Sticking with the 7 Plus this year, first time not upgrading in 8 years.
I got the LTE watch and some AirPods instead.
Hope you guys enjoy your 8/8+/X models this year :D
Rating: 4 Votes

SharepointGuy
Even if I can't get the X for launch, at least I'll have some new X toy to play with (Xbox One X). Gonna be a very expensive November.
Rating: 4 Votes