Apple has acquired Regaind, a small French artificial intelligence startup focused on photo and facial analysis, according to TechCrunch. 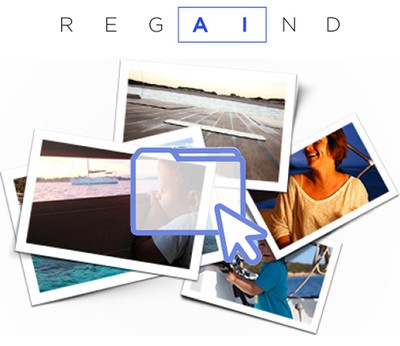 Apple essentially confirmed the deal with its standard statement:

Apple buys smaller technology companies from time to time, and we generally do not discuss our purpose or plans.

Regaind has developed a computer vision API that can extract "game-changing insights" from images, according to its website.

We help businesses and developers deal with massive flows of images by using state-of-the-art artificial intelligence to analyze and sort them. Your problem is often not reduced to finding a photo of a "sailboat" or of a "lion": it's also about finding the right one for your specific use, among many others. Regaind enables you to understand the content of an image, as well as to assess its technical and aesthetical values, so as to maximize your impact with high quality photos.

Regaind is able to analyze the aesthetics, sharpness, exposure, colors, and other properties of photos, and use that information to boost or promote the most relevant ones in a meaningful way.

Regaind's computer vision API can also detect faces in a photo, as well as the gender, age, and emotion of the people that appear. It's possible that Apple is already using this technology for facial recognition features like Animoji in the iPhone X, and there could be additional implementations to follow.

Apple could use Regaind's technology to improve the Memories feature in the Photos app on iOS, for example, which already intelligently curates photos and videos based on activities, trips, holidays, people, pets, and more.

840quadra
With their focus being on internal machine learning, as opposed to cloud sourced solutions, it is nice to see them building their on portpholio with tools / technology to make those features better. Personally I am a big fan of local (private) machine learning, over cloud sourced AI. Privacy is only part of the reason for my opinion on this, I also like not having to use Data, and utilize the power of the devices we carry around.
Score: 11 Votes (Like | Disagree)

The Barron
Excellent purchase, Apple. I love the photo & especially Face ID features and look forward to even better.
Score: 8 Votes (Like | Disagree)

See? The French ARE good for something, guys! Excited to see where this goes.

trifid
Skynet is upon us.
Score: 2 Votes (Like | Disagree)

SeattleMoose
Apple's obsession with "faces" is creepy. Potential for even more intrusion into our private lives. But young techies always put a "this is so great" spin while ignoring the potentials for MORE technology abuse, hacking, identity theft, etc. So many educated fools...
Score: 2 Votes (Like | Disagree)
Read All Comments

Wednesday June 9, 2021 8:23 am PDT by Joe Rossignol
While there are many great new features in macOS Monterey, several of them are not available on Intel-based Macs, according to Apple. On the macOS Monterey features page, fine print indicates that the following features require a Mac with the M1 chip, including any MacBook Air, 13-inch MacBook Pro, Mac mini, and iMac model released since November 2020:Portrait Mode blurred backgrounds in...
Read Full Article • 793 comments

Friday June 11, 2021 1:13 pm PDT by Joe Rossignol
On his newly launched Front Page Tech website, leaker Jon Prosser has shared renders showing off the alleged design of the next-generation iPad mini, which he says are based on schematics, CAD files, and real images of the device. In line with details shared earlier this month by Bloomberg's Mark Gurman and Debby Wu, Prosser claims that the new iPad mini will feature slimmer bezels around...
Read Full Article • 146 comments

Friday June 11, 2021 10:27 am PDT by Joe Rossignol
We've highlighted several new features coming in macOS Monterey, such as Low Power Mode and the option to erase a Mac without reinstalling the operating system, but there are some smaller tidbits that we wanted to share. Animated Memoji on Login Screen One small but fun new feature in macOS Monterey is the addition of a personalized Memoji on the login screen, complete with animated facial...
Read Full Article • 77 comments