Over the last day or two, several Mac users appear to have been locked out of their machines after hackers signed into their iCloud accounts and initiated a remote lock using Find My iPhone.

With access to an iCloud user's username and password, Find My iPhone on iCloud.com can be used to "lock" a Mac with a passcode even with two-factor authentication turned on, and that's what's going on here. 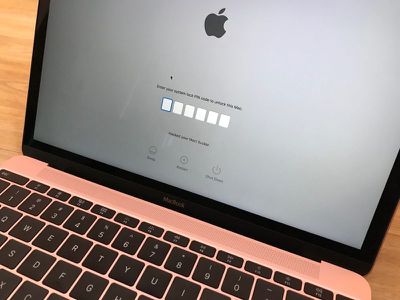 Apple allows users to access Find My iPhone without requiring two-factor authentication in case a person's only trusted device has gone missing.

2-factor authentication not required to access Find My iPhone and a user's list of devices.
Affected users who have had their iCloud accounts hacked are receiving messages demanding money for the passcode to unlock a locked Mac device.

Y'all my MacBook been locked and hacked. Someone help me @apple @AppleSupport pic.twitter.com/BE110TMgSv — Jovan (@bunandsomesauce) September 16, 2017

The usernames and passwords of the iCloud accounts affected by this "hack" were likely found through various site data breaches and have not been acquired through a breach of Apple's servers.

It's easy to lock a Mac with a passcode in Find My iPhone if you have someone's Apple ID and password.
To prevent an issue like this, Apple users should change their Apple ID passwords, enable two-factor authentication, and never use the same password twice. Products like 1Password, LastPass, and even Apple's own iCloud Keychain are ideal ways to generate and store new passwords for each and every website.

So a hacker gained access to my iCloud account (despite two-factor authorization) while I was asleep this morning. — Jason Caffoe (@jcaffoe) September 20, 2017

Users who have had their Macs locked will need to get in contact with Apple Support for assistance with removing the Find My iPhone lock.

miketcool
Meh, this is why things live on external drives. If I lost or had my laptop stolen, I'd wipe it and be back up and running in 25 minutes without the hassle.
Score: 19 Votes (Like | Disagree)

I Need a Drink
Nice job MR. I only emailed them about this 4 weeks ago and asked that they run a story to inform people that this was going on.

I also emailed Apple about the issue with a simple suggestion. What they need to do is to require the device password when you try to lock a device from Find My iPhone on the web. When you go to remote lock a device you enter a lock passcode and the device's password or passcode. When that is sent to the Mac, iPhone, whatever, if the device password doesn't match, it won't lock the device. That way, even if a hacker guesses your Apple ID and password using hacked credentials, they still can't lock the device without the Mac's login.
Score: 17 Votes (Like | Disagree)

And this is exactly why I reconfigure all my passwords for my accounts on a regular basis. Stagnancy can be part of the problem.
Score: 12 Votes (Like | Disagree)

Vol7ron
Yup, this happened to me back in June when I installed beta 1 of MacOS High Sierra. Frustrating and embarrassing when your an IT engineer and your own device gets hacked! Had to bring it to Apple and provide proof of ownership before they would remove the lock.

And always use 2Factor. I don’t buy the second tweet about someone getting hacked with having 2FA enabled. Even if they could guess your password and the security code, your trusted device would still get a notification and you could block access.

busyscott
MacRumors, why are you recommending two-factor authentication if you then go onto say you can access Find My iPhone without needing 2FA??

Here's a better recommendation: turn off Find My Mac until Apple correct course and Find My iPhone requires 2FA.
Score: 10 Votes (Like | Disagree)

ILuvEggplant
I liked how he said "y'all"