Apple's first-ever event at Steve Jobs Theater will take place tomorrow, Tuesday, September 12, at 10:00 a.m. Pacific Time. As usual, Apple will be providing a live stream of the event on its website. 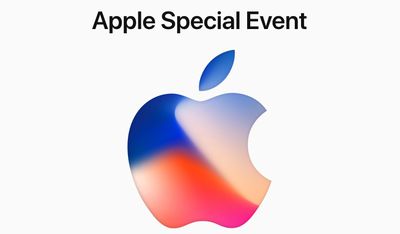 Here's when the event will begin based on other time zones in the United States and around the world:

Mac and PC users using Safari or Microsoft Edge respectively can simply visit Apple's event page to watch the live stream once it goes live a few minutes before the keynote. The live stream cannot be viewed on alternative web browsers, such as Google Chrome, Mozilla Firefox, or Internet Explorer.

Likewise, the event can also be streamed on any iPhone, iPad, or iPod touch running iOS 7 or later. Simply open the Safari app and navigate to Apple's event page to watch the live stream once it goes live. Third-party browsers may not work.

At the event, Apple is expected to announce a trio of new iPhone models, including the so-called "iPhone X" with an OLED display, wireless charging, and facial recognition. Apple Watch Series 3 models and a new Apple TV with 4K video streaming capabilities are also rumored to be unveiled during the keynote.

DenimChicken
7pm here in Germany. Couldn't wish for a better time. I will be waiting without clothes on my couch starting 6pm.
Score: 15 Votes (Like | Disagree)

pat500000
What time does it start after bypassing all his "thank you" introduction and his "I sold this amount..." part?
Score: 6 Votes (Like | Disagree)

Brenster
Tv + ATV in the lounge reserved from 6pm UK time. Coffee is all in order and Twitter will be on the iPad. After 14 years since being in the Mac/Apple ecosystem, I still love these keynotes
Score: 5 Votes (Like | Disagree)

JayJohnPaul
I've cancelled all of my appointments for this live stream, lol.
Score: 5 Votes (Like | Disagree)

Sunny1990
Bring it on very excited. This is going to be biggest launch ever. Apple will launch three iPhone's together. Will be watching it live.

iPhone 8 in all three colors