Facebook Expands Memory Features to Include Monthly and Seasonal Recaps

Facebook today announced a few updates and expansions coming to its popular memory features, one of which will present users with monthly and seasonal memory recaps instead of just memories that happened on one specific day. Similar to On This Day, monthly and seasonal recaps will appear on user News Feeds and can be shared with their friends.

The social network is also implementing new celebratory milestones for its users, with new messages that congratulate users for making a notable number of friends and when they receive a significant amount of post likes. In the future, Facebook said it plans to launch new milestones and accompanying messages for its users, as well as eventually make them shareable with friends, which they won't be as of now.

People come to Facebook to experience, share and talk about some of the most important moments happening in their lives, communities and around the world. Many of these moments are reminiscing past memories and moments between friends.

Other, smaller tweaks are also coming to the company's memory features, including ways that will make controls and preferences easier to access as well as officially launching the recaps to everyone on Facebook. The company has also developed new ways to discover content that it believes will be "the most relevant and enjoyable" to its users, filtering out negative memories in the process.

Recent Facebook updates include introducing the ability for users to take 360-degree photos in the company's iOS app, making "Safety Check" a permanent feature, introducing non-profit fundraisers for user birthdays, and tweaking and updating its News Feed for better navigation. 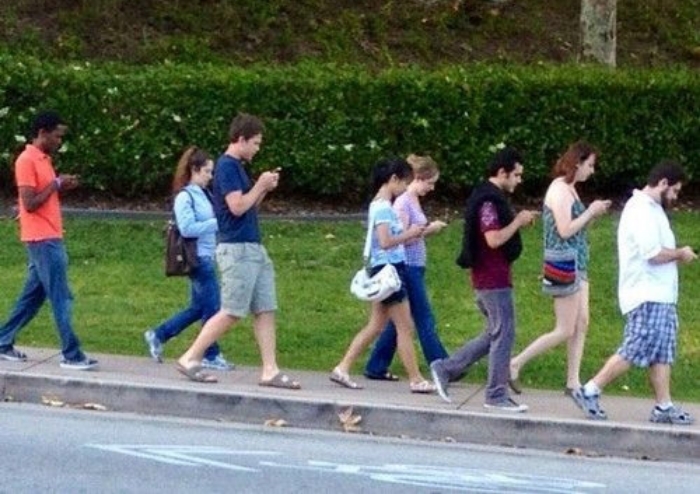 The social network is also implementing new celebratory milestones for its users, with new messages that congratulate users for making a notable number of friends and when they receive a significant amount of post likes. In the future, Facebook said they plan to launch new milestones and accompanying messages for their users, as well as eventually make them shareable with friends, which they won't be as of now.

This somewhat uber level of narcissistic release (even by Facebooks standards) is apparently codenamed "Zuckerberg"... :rolleyes:
Score: 5 Votes (Like | Disagree)

The company has also developed new ways to discover content that it believes will be "the most relevant and enjoyable" to its users, filtering out negative memories in the process.

I find that phrase kind of chilling, even for the world of shudder-induing icky creepiness that is the Book of Faces. The whole idea that because our negative memories are not enjoyable that should be disregarded as not 'relevant' speaks to many of the underlying problems I have with the way social media and the advertising-led cultural environment we are all subject to these days.

It reminds me of that scene in Donnie Darko:

Donnie Darko: So we call them IMGs.
Gretchen Ross: Infant Memory Generators.
Donnie Darko: Yeah, so the idea is that you buy these glasses for your infant and they wear them at night when they sleep.
Gretchen Ross: But inside the glasses are these slide photographs. And each photograph is of something peaceful of beautiful whatever the parents want to put inside.
Kenneth Monnitoff: And what effect do you think this would have on an infant?
Donnie Darko: Well, this thing is, nobody remembers their infancy. Anyone who says they do is lying. So we think this will help develop memory earlier in life.
Gretchen Ross: Yeah.
Kenneth Monnitoff: And did you stop and think that maybe infants need darkness? That maybe darkness is part of their natural development?

And Monnitoff was Steve Jobs in another reality, so he was worth listening to ;)
Score: 3 Votes (Like | Disagree)

"Victor, You've made 100 friends on Facebook!"
Elizabeth, your friends have liked your posts 1,000 times!"
Sally, Congratulations, your 10,000 friends and you have made Mark a super Billionaire! Hooray!"

Do people really need these fake little boosts to their ego?

What exactly is the point?
Score: 2 Votes (Like | Disagree)
Read All Comments