iPhone 7 and iPhone 7 Plus remained the world's most popular smartphones in the second quarter, ahead of Samsung's newer Galaxy S8 and Galaxy S8+, according to market research firm Strategy Analytics. 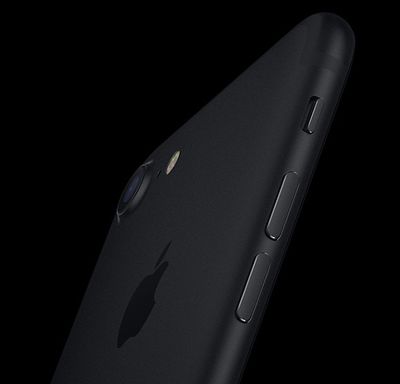 Apple shipped an estimated 16.9 million iPhone 7 units and 15.1 million iPhone 7 Plus units worldwide in the quarter, which corresponds with April through June, according to the firm's latest Smartphone Model Tracker report.

Strategy Analytics estimates Galaxy S8 and Galaxy S8+ shipments totaled 10.2 million and 9 million respectively in the quarter. The smartphones, released in April, were the world's third and fourth most popular during the period.

Rounding off the top five was Chinese smartphone maker Xiaomi's budget Redmi 4A handset with an estimated 5.5 million quarterly shipments.

Apple reported it sold 41 million iPhones last quarter, but it doesn't break down the number on a model-by-model basis. Apple CEO Tim Cook did note the iPhone 7 remained its most popular iPhone.

iPhone results were impressive, with especially strong demand at the high end of our lineup. iPhone 7 was our most popular iPhone, and sales of iPhone 7 Plus were up dramatically compared to 6s Plus in the June quarter of last year. The combined iPhone 7 and 7 Plus family was up strong double digits year over year. One decade after the initial iPhone launch, we have now passed 1.2 billion cumulative iPhones sold.

Android still remains the world's most widely adopted mobile operating system by a significant margin given the hundreds of smartphone models running that platform. Android accounted for 67 percent of U.S. smartphone activations in the second quarter, according to Consumer Intelligence Research Partners.

TimUSCA
And by a wide margin, too. Not bad for being a phone that came out three quarters prior.
Score: 16 Votes (Like | Disagree)

Personally, I hope it won't be.

Nothing like a bit of competition to make you try harder. Without competition all we'll see each year is a different shade of black being released.

It's going to have a full screen display, OLED, 3D sensing front camera, 2-cell battery system, improved speakers, ProMotion, improved water resistance, wireless charging, and enhanced Siri... but its not enough for you, because clearly they're not working hard enough.
Score: 15 Votes (Like | Disagree)

djcerla
These figures at the end of the product cycle are just ******* insane, especially the product mix.

There's some kind of big shift that fuels them, for example corporations buying more and more iPhones, or simply consumers tired of Android problems. The iPhone 8 cycle must be an horrifying prospective for Android OEMs.
Score: 13 Votes (Like | Disagree)

xDKP
Must say - even with a S8 and all the iPhone 8 rumors: My iPhone 7 has been a magnificent device! Stellar performance in every way
Score: 12 Votes (Like | Disagree)

Sunny1990
Probably the best iPhone i ever owned till now. Water resistant /stereo speakers and dual camera was a huge upgrade from my previous iPhones. Loved the Matt Black color

ChazSch
just wait... for the 8
Score: 8 Votes (Like | Disagree)
Read All Comments