One of Apple's tiniest retail stores, at the WestQuay shopping center in Southampton, UK, is getting a much-needed expansion this weekend. 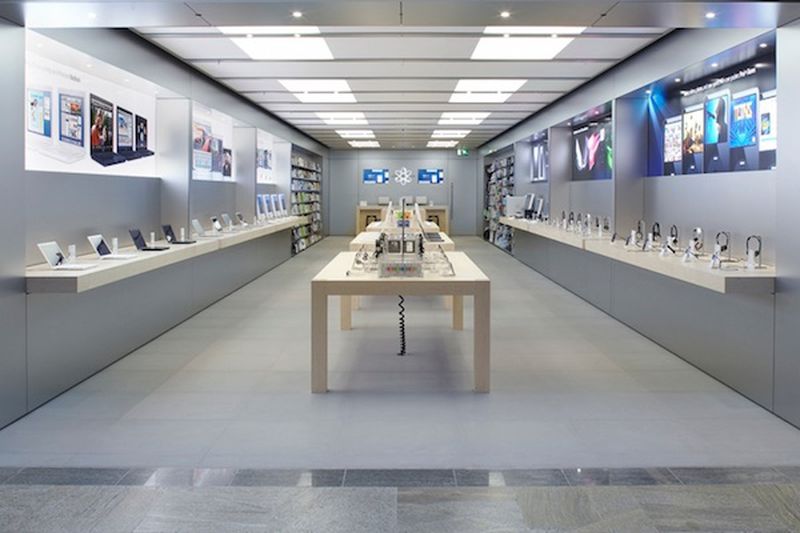 The current store, which recently turned 10 years old, will close on Friday evening for the final time, according to multiple people familiar with the matter. On Saturday, a larger store will open down the hall, taking over two units previously occupied by British retailers Sports Direct and Monsoon, the people said.

Lending credence to our report is a WestQuay floor plan with two vacant units—SU41 and MSU2—just steps away from Apple's current location in the shopping center. In addition, when we searched for Today at Apple events in the Southampton area, the WestQuay store had no workshops scheduled until Saturday. 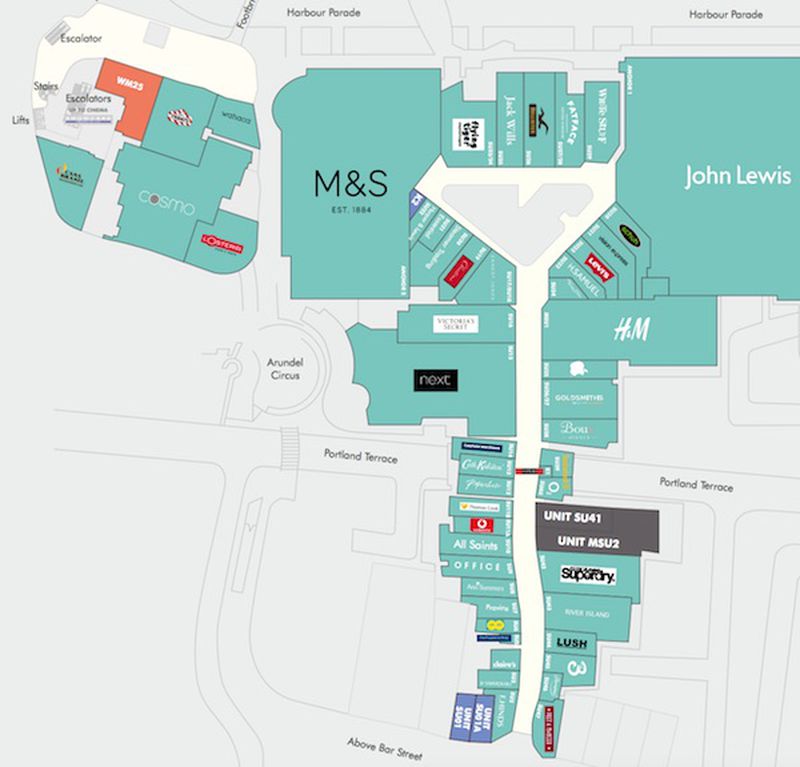 Apple and WestQuay shopping center management did not immediately respond to requests for comment.

Apple retail stores have seen a significant increase in foot traffic since the WestQuay location opened in February 2007, prior to the original iPhone launch. The larger store will be a welcomed change for both Apple retail employees and customers, and it should benefit from an updated appearance as well.

"It was a very busy quarter for our online and retail stores, which collectively welcomed over 300 million visitors," he said. "In addition to our spectacular new store at the Dubai Mall, we opened our first stores in Singapore and in Taiwan during the quarter, expanding our total store footprint to 497 stores."

"In May, we kicked off Today at Apple, with new in-store programming from music to photography to art and coding, and our stores collectively hosted 87,000 sessions during the quarter," he added. "We have entered a new chapter in retail, with unique and rewarding experiences for our customers."

kkamann
Gotta give kudos to MR for this obscure story. Many times people pile on MR for delivering ****, but they still deliver the goods on off-beat stories that don't necessarily apply to the masses.

jimthing
Is it me, or are all our UK shopping centres becoming mono culture branded spaces, that all look the same? Where's the originality?

The opportunities for small and interesting independent's are often left for dust for various reasons (rent costs, business rates, market forces of malls, etc.), but the interest for us, the customer, is seemingly the last thing decent malls are bothered about.

One has to look no further than the US Westfield 'brand' of malls. I mean why do they all have to share the same name for starters. In London, you say to a friend 'I went to Westfield', and then have to qualify it with 'sorry to be precise, I mean Westfield London in west London, not Westfield Stratford in east London'?! (Could they not have just given them distinctive names to start with?!)

Of course, it's like a self-fulfilling prophecy. For if we as customers are forced or chose to patronise these mono cultured places, then they in turn think this is 'what the people want' and repeat the exercise. Somewhat of a conundrum.
Rating: 4 Votes

TheGoog
This is much needed. The old store is a cramped mess.
Rating: 3 Votes

macduke
Funny that the Apple Store is across from the "next" store.
Rating: 3 Votes

...One has to look no further than the US Westfield 'brand' of malls...


Oddly enough, you can't blame us in the US for Westfield; it started out as an Australian company and didn't get over to the states until the 70's. But I certainly get your point, you really couldn't tell what city you were in, or country, in the middle of a Westfield mall.
Rating: 2 Votes

Milese3
Exciting to see my local store finally get an expansion!
Rating: 2 Votes

Is Bath not closer to you? They have a lovely big store there, about two and a half to three times the size of the one in Southampton.


Thanks for the suggestion. The Bath store would be about a 140 mile round trip, so no it's not closer than Southampton for me. However, if I'm up that way at any time (I have family in Bristol) then I'll take your tip on board and leave earlier so I can take a diversion. Bath is a nice place to visit anyway. :)
[doublepost=1502264025][/doublepost]

Solutions Inc was never a good replacement for the store.


I agree. I've been in to Solutions a few times but that's just as small as Southampton's Apple Store. The staff seemed nice enough so I'm not knocking it - at least there's a dedicated Apple place in Bournemouth even if it's not run by Apple themselves.
[doublepost=1502264117][/doublepost]


Traffic is terrible going west or east from the south coast. The people who built the decent roads all assumed that everyone always wants to go to London.
Rating: 2 Votes

Yep, 54 mile round trip for me, at least 40 mins each way when there is no traffic but there is always traffic / traffic holdups in at least one direction on the journey.

If I still lived in the centre of Bournemouth then I'd have to add another 20 mins to the journey time each way just to get out of and back into Bournemouth from/to the main route (A31).

Please, please, please, Apple consider opening a store in Bournemouth or elsewhere in South or East Dorset! Is a heavily populated area that needs it's own store!

If I have the time to make a day of it I do prefer the Bath store to the outgoing Southampton store (and the city itself to be fair) however that is a 110 mile round trip or at least 1 hour 40 mins each way.

Was not aware they were even still there, tried them once to check out something (probably either iPhone or iPad when they were newish) but they didn't have whatever it was I was there to see.

IIRC - rumours from many years ago - Apple left Bournemouth (or never opened there) due to the ridiculous business rates the local council wanted. They could afford it now of course or maybe even convince the council to give them a special rate (<-- too soon? ;-) ).

I am so glad the WestQuay store is getting upgraded, I did pop up there to check out the look of the new iPad Pros in person and the staff member I spoke too mentioned the 'Today at Apple..' sessions, which I would love to check out and have wanted to do so even before the recent re-brand and promotion of same, however distance (with traffic considerations), being a parent of a 5 year old (lack of time), and concerns regarding the comfort of trying to learn new things in a tiny, crowded store have prevented me so far. However with the latter concern eliminated I will try harder :)

Still would very much like an Apple store in or a lot nearer to Bournemouth though please Apple. Actually the member of staff I mentioned above did say he lived in Bournemouth - I hope he gets the train to work, that drive everyday would not be pleasant.

The A31 would be horrendous on the way home .
Thumbs up to a Bournemouth store also.
Rating: 2 Votes

evamoree
I can confirm this is true and I have had staff confirmation. The move was most definitely needed as anyone who has been to the store knows that there is no room- especially when they have those kid workshops.

They have too many staff for the tiny store too, but I am assuming this was a more recent decision as I have not previously noticed this and they would have had been planning the move for months, if not a year.
[doublepost=1502479399][/doublepost]

That’s the cutest little baby store I ever did see!

Is that a four stool Genius Bar? :eek::eek:

This must be the smallest ever!


Yup. I live local and when I visit the Apple Store the Genius Bar is always packed (not too dissimilar from the rest of the store though).
[doublepost=1502479475][/doublepost]

Might not be an entirely good thing, their store arranging has gone downhill.


Believe me, anything is better than the tiny store they have there at the moment.
Rating: 1 Votes

grooveattack
Good for them.
Rating: 1 Votes
[ Read All Comments ]