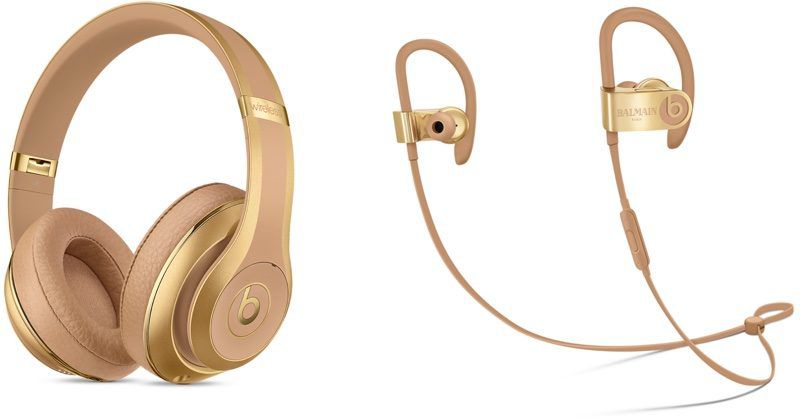 In an interview with fashion magazine Vogue, Balmain designer and creative director Olivier Rousteing said his connection with the Beats by Dre brand began four years ago when members of the team came to a Balmain show in Paris. "What they love about Balmain is that I embrace music. We've always had an idea of making something happen together," he said.

He went on to say that his aim with the design was to bring French luxury to technology. "When it's about technology, there are challenges, so you need a lot of respect. You cannot treat headphones like a garment," he said.

Apple and Balmain are working with model Kylie Jenner to promote the partnership and the new headphone line. Kylie Jenner has shared a photo of herself wearing the headphones on Instagram, and she's featured in product videos on Apple's website. 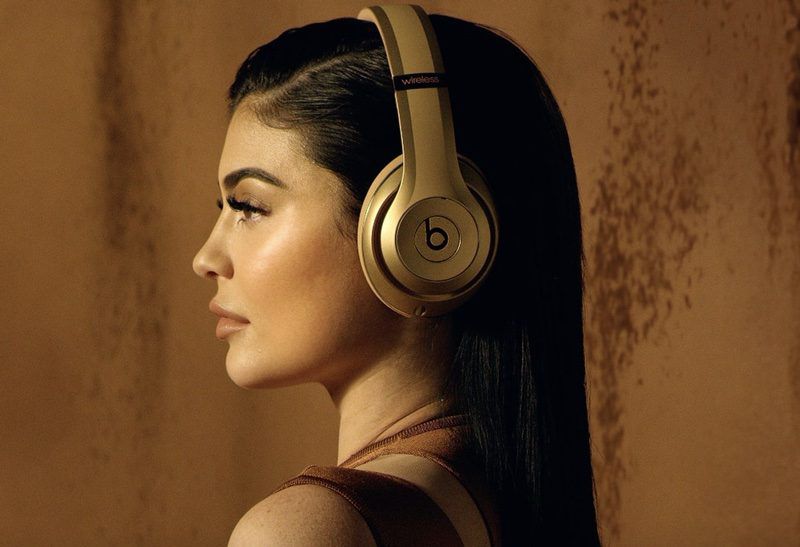 The Balmain Beats Studio Wireless Headphones can be purchased from the Apple website for $600, while the Powerbeats3 are available for $250.

Aluminum213
Nerds like us aren't the target audience
Rating: 8 Votes

Porco
Personally I think they look revolting, like someone took a pair of white beats and marinated them in coffee for a day then coloured them in with one of those gold marker pens that always seem to run out at really inconvenient times. But I wouldn't have bought them anyway, so why should I rain on other people's parades? Like what you like.

Good luck to anyone who thinks these look lovely and has the good fortune to be able to afford them.
Rating: 7 Votes


Same thing was said about the gold watch, unto which the masses should be reminded:

If you think a luxury item is too expensive, it's not meant for you.
Rating: 7 Votes

soupcan
In the words of Steve: "These things are uuuuuugly". God you'll look like an absolute spanner wearing these things.
Rating: 5 Votes

Eorlas
inb4 "that's fashion!? LOLNO!" "stupid beats" "Apple is out of their mind for charging that money!"
Rating: 4 Votes

Same thing was said about the gold watch, unto which the masses should be reminded:

If you think a luxury item is too expensive, it's not meant for you.


Sorry, but there's a difference between luxury and over priced crap. I could afford these, easily, but I have no interest as they are style over substance and not a nice style at that. Reminds me of the English pudding angel delight and I think that was about a quid a packet.
Rating: 4 Votes

I've never heard of the brand, but just checked their web site. Looks like a pair of Balmain denim pants will set you back $1,375. :eek:

I guess I'm not the target market.
Rating: 4 Votes