Wednesday June 28, 2017 10:57 am PDT by Juli Clover
Apple today seeded the fifth beta of an upcoming iOS 10.3.3 update to developers, one week after seeding the fourth beta and over a month after the release of iOS 10.3.2, which was a minor bug fix update.

Registered developers can download the fifth iOS 10.3.3 beta from the Apple Developer Center or over-the-air with the proper configuration profile installed. 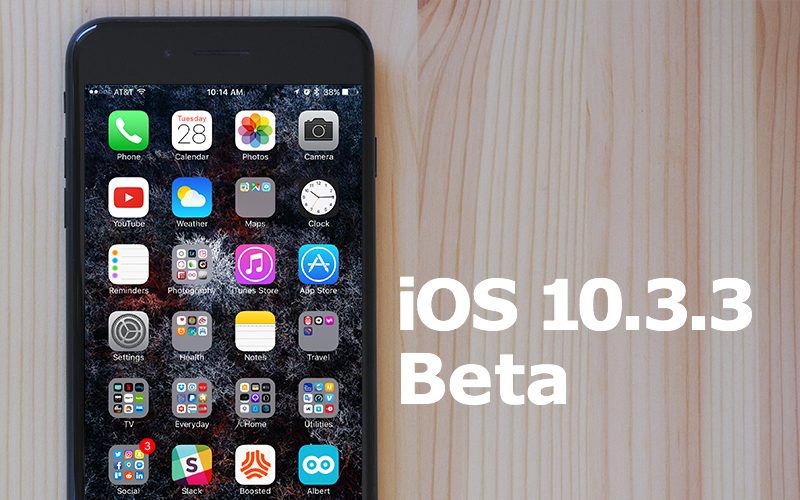 There were no significant features or notable bug fixes found in the first four iOS 10.3.3 betas, suggesting iOS 10.3.3 is an update that's minor in scale, focusing primarily on security updates and bug fixes.

iOS 10.3.3 will likely be one of the last updates to the iOS 10 operating system as Apple shifts development to iOS 11. The first beta of iOS 11 was released to developers on June 5 following Apple's Worldwide Developers Conference keynote, and two betas have been seeded thus far.

I really doubt that Apple would go through the effort of releasing a point release of iOS, let alone go through five or more beta releases, if they made zero changes ;)

Remember! The absence of visible changes doesn't mean there are no changes. What's on the surface is only a small part of an operating system, or any software for that matter.
Rating: 9 Votes


You know you can just scroll past a topic that does not seem interesting to you, right?

Apple knows what they are doing and I appreciate them working every last detail to death, before releasing an upgrade. Ask anyone that went through the "Slide To Upgrade" debacle, it wasn't on my phone, but my mother-in-laws and to this day she still claims certain things just are not right.
Rating: 4 Votes


Well it's hard to gauge the magnitude of the update since we don't have any release notes. Even if it has no new features, there could be some difficult-to-resolve bugs that require a lot of testing. Or maybe they patched some complex vulnerabilities which require many rounds of hacking to make sure the security issues are fully resolved. Let them test and test. I'd rather have a stable/security hardened OS experience for a device that is so critical such as my phone.
Rating: 4 Votes

blue rocket
its going to be the last update before 11, so i'm assuming they want it as good as possible.
Rating: 4 Votes

dannyyankou
Hopefully the third iOS 11 beta is released at 4pm like the public beta and beta 1.
Rating: 4 Votes

itsmilo
Are 32 bit devices still getting those? They probably want ro make sure their final update is good in the short term "long run"
Rating: 3 Votes

friednoodles
Part of the reason they're doing so many betas of 10.3.3 is that they're introducing changes to the way file accesses are performed to improve issues with filename normalisation and APFS:


Whats the problem with several betas? They are trying to maximize feedback so they can release a good stable revision, after what happened with 10.3.2...
Rating: 3 Votes