Apple today released iOS 10.3.2 to the public, following several weeks of testing and four betas. iOS 10.3.2 comes six weeks after the release of iOS 10.3, a major update that introduced a new Find My AirPods feature and Apple File System. It also comes more than a month after iOS 10.3.1, a security update.

iOS 10.3.2 is a free over-the-air update available to all users with a compatible device. It can also be downloaded and installed on iOS devices using iTunes on a Mac or PC. 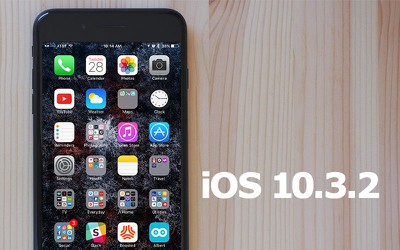 There were no outward-facing changes or new features discovered during the beta testing process, aside from a small fix for SiriKit car commands, which are now working as intended.

iOS 10 will soon be followed by iOS 11, which we will see introduced at Apple's June Worldwide Developers Conference in San Jose, California. We still have several months to go until iOS 11 is released to the public, so there are likely to be continued iOS 10 updates.

busyscott
The last update before a major iOS release, also known as: as stable as it gets.
Score: 30 Votes (Like | Disagree)

iOS updates haven't slowed down phones for a long time. Absolutely true from the 3G-4S days, not so much now.

If anything it's the opposite these days. Apple have properly stepped up their game with software QA.
Score: 26 Votes (Like | Disagree)

This is not true. Although your theory may have certainly been accurate in the past, it is not accurate with this update. 10.2.1 is inferior compared to 10.3.2
Score: 23 Votes (Like | Disagree)

Actually 10.3.2 betas have been very smooth and fast, so newbie, I'm afraid you are wrong this time!
Score: 22 Votes (Like | Disagree)

Tariqfilms
Another update which will undoubtedly slow the phone down and push people more towards the new iPhone.
Score: 20 Votes (Like | Disagree)
Read All Comments