Apple today seeded the second beta of an upcoming tvOS 11 update for the fourth-generation Apple TV, a little over two weeks after seeding the first beta following the keynote of the 2017 Worldwide Developers Conference.

Registered developers can download tvOS 11 by connecting the Apple TV to a computer with a USB-C cable and installing the beta software using iTunes. 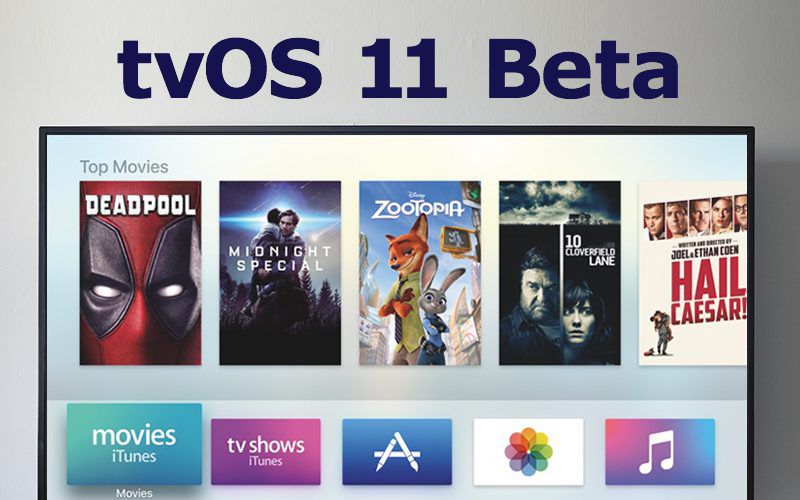 tvOS 11 received little attention at the Worldwide Developers Conference, but according to the release notes, it introduces a few new features to the operating system.

Later this year, Apple will partner with Amazon to bring an Amazon Prime Video app to the Apple TV for the first time, and in tvOS 11, AirPods are able to pair automatically with an Apple TV.

The new tvOS 11 update is only available for registered developers at the current point in time, but Apple plans to release a public tvOS 11 beta in the future.

mikesch
In this seed, there are new icons for the Movies and TV Shows apps. They now use Apple’s San Francisco font. These icons were previously shown in some promotional screenshots. Glad to see them in tvOS 11 beta 2!

noraa
I really wished Apple had introduced a picture-in-picture mode like on iOS and macOS - that would be extremely useful on an AppleTV. Maybe in tvOS 12...
Score: 1 Votes (Like | Disagree)
Read All Comments

Tuesday March 31, 2020 10:22 am PDT by Juli Clover
Apple has acquired weather app Dark Sky, Dark Sky's developers announced today. Dark Sky is one of the most popular weather apps on the App Store, known for its accuracy and storm warnings. Our goal has always been to provide the world with the best weather information possible, to help as many people as we can stay dry and safe, and to do so in a way that respects your privacy. There is no ...
Read Full Article • 205 comments