New company Essential Products announced its debut products today, including a modular titanium smartphone with an edge-to-edge display and an Amazon Echo competitor. Andy Rubin, the founder of Essential and the original creator of the Android OS platform, announced the devices ahead of a talk he is scheduled to give later on Tuesday at the Code Conference.

The company's logo-free Essential Phone features a 5.71-inch edge-to-edge QHD display that reaches all the way to the top of the phone and runs around the 8-megapixel front-facing camera. The unique design is in contrast to Samsung's Galaxy S8, which retains a minimal bezel to house the camera and associated components. 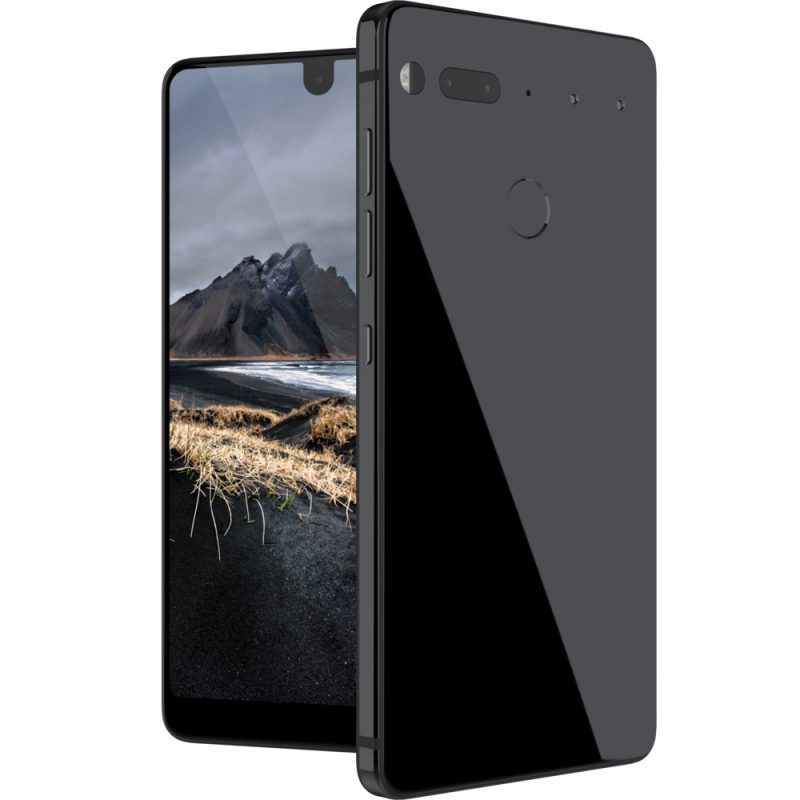 The phone is constructed from titanium and ceramic, allowing it to survive a drop test "without blemish, unlike the aluminum competitor devices," the company claims. Apart from the fingerprint sensor and camera lenses, the rear of the device also features a modular accessory system that works via a pair of magnetic pins.

Initially, the "Click" cordless connector pins will hook up to the company's 360-degree camera and phone dock, with more modular products planned that Essential promises will "keep your phone cord-free, future-proof, and always up-to-date". A USB-C connector at the bottom of the phone provides the only other connectivity; no headphone jack is included.

The Essential Phone is powered by a Qualcomm 835 processor, 4GB of RAM, and has 128GB of storage, while its 13-megapixel rear-mounted dual lens camera includes a monochrome sensor and supports 4K at 30 frames per second. The phone runs some form of Android, but the company promises no extraneous software is pre-installed. Available in black, grey, white, and "Ocean Depths" colors, the phone will launch in the U.S. later this summer and cost $699. 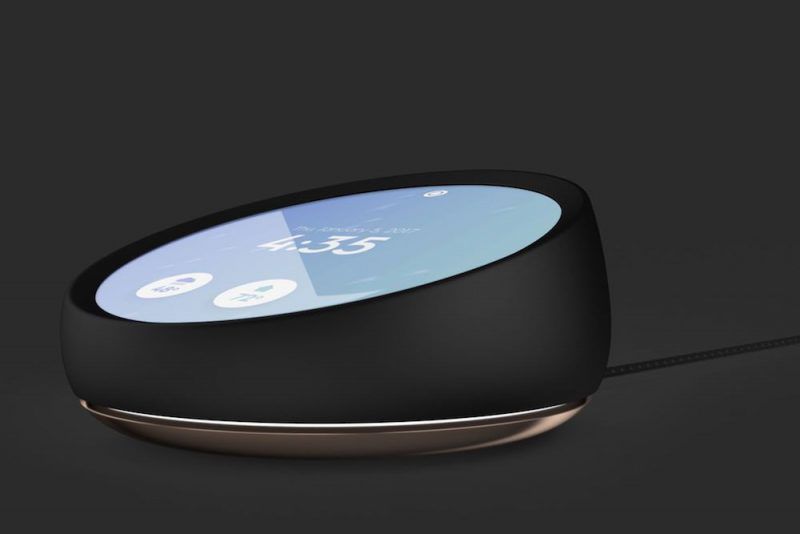 Onto the company's new Amazon Echo competitor, the Essential Home. Details are still scant on the product, but here's what we know. The intelligent assistant device has a relatively inconspicuous puck-like shape with a sloping top that's dominated by a round touchscreen, which allows users to control music, ask general interest questions, set times, and control lights. It can be activated with a question, a tap, or even a "glance", according to Essential, suggesting some form of face detection.

The Essential Home will run the company's open platform Ambient OS, allowing it to interface with existing smart home products as well as SmartThings, HomeKit, Nest, and other popular standards. The intelligent assistant will also support notifications and reminders with contextual information displayed on-screen. Processing of user data is said to remain local to the device wherever possible. Pricing is yet to be announced, but the Essential Home is expected to ship later this summer.

Wired today published a write-up of Rubin's new Essential venture that provides some interesting background on the company. You can read the article here.

JaySoul
It's interesting and wish them all the best.

Doubt many people will buy it but it's always good when a company comes with fresh ideas.
Rating: 6 Votes

Looks like Google Pixel, with modules and un-symmetric bezels. (don't like that chin)
4GB RAM is questionable for such price and year. (oneplus 5 is gonna be 6-8 GB)
Your thumb will rest on volume up button and not on power, this design is straight out of chinese phones, hate it too.

djcerla
If you see a fingerprint sensor on the back, they blew it.
Rating: 5 Votes

More impressed by the echo competitor than the phone. Makes me wonder though where we go with smart phones once we've gone completely bezel free. I guess just spec bumps year after year? I guess it had to happen eventually, but for me the enthusiasm I once had for following this sector is fading fast and I don't think even Apple can pull something magical out of the bag anymore. I really hope I'm wrong though.

Think less in terms of specs, and more in terms of what role your smartphone can play in your life.
Rating: 5 Votes

Mascots
This makes Amazon's attempt at a voice assistant with a screen look just down right sad.
Rating: 4 Votes

Looks like Google Pixel, with modules and un-symmetric bezels. (don't like that chin)
4GB RAM is questionable for such price and year. (oneplus 5 is gonna be 6-8 GB)
Your thumb will rest on volume up button and not on power, this design is straight out of chinese phones, hate it too.


I think 4GB is enough if the software is close to "stock" Android. Samsung phones typically need tons of RAM because they have so many useless services running in the background.

If you see a fingerprint sensor on the back, they blew it.


None need it, but some benefit from it because they're trying to do so much. Samsung phones typically have tons of extra services running and they eat up RAM. As Android O introduces picture in picture to all phones, I imagine having more RAM will be nice. But more RAM does need power to run, and so I do wish these companies would balance things a bit better.
Rating: 4 Votes

If you see a fingerprint sensor on the back, they blew it.


Once you see those bezels on the iPhone, you know they blew it. These are the typical comments from people that have never used phones with the fingerprint scanner on the back, it works fine and it's even handy because you can use it to pull the notification bar without having to touch the screen. You'll get used to it within a day, even on the Galaxy S8 it works fine.
Rating: 3 Votes

Because even with 4GB, and the 835 processor, my Samsung S8 stutters and lags more than I like. So I keep going back to my iPhone 7. (Galaxy S8 was a "curiosity buy" for me). The experience with iPhone 7 is smooth like a fluent flow, it just works, no matter which app I use. The S8 has frustrating hiccups.

That experience, with 2 gigs of RAM, really shows how polished iOS is, and the apps that run on it.

I'm eagerly waiting for the "iPhone 8", as the only thing I'd want from the S8 is the bigger screen in a smallish form factor. The 4.7" screen seems so tiny after using the S8. And about the curved edges? No thank you. It looks like a nice design, but the curves are not practical at all.

I just got my S8 for last few days and it is pretty fast and smooth. I think one reason there are stutters sometimes is because Android can scroll much faster than IOS. So the loading of data needs to catch up with the scroll. If you scroll at the slow speed of Iphone then it will be buttery smooth. Personally, I rather have the fast scroll with occasional stutters than Iphone slow buttery scroll.
Rating: 2 Votes

Their flush camera is actually THE thing this device has most in its favor. With all the attention to aesthetic and cleanliness, I'm still astonished Apple looks to retain the camera bump. Gah! Does the couple of millimeters thicker device truly justify the bump? Again, gah!
Rating: 2 Votes

Have you used the one on the Pixel? Asking honestly. They did the rear FP sensor so well that I actually prefer it to my 7+. The one on the Galaxy S8, however, is an example on how to do it poorly.

similar story when i went from iphone 6 to nexus 6p with rear fingerprint sensor.

the thing is ultra fast and responsive. and due to this, its overall better than the iphone implementation. i imagined the placement would be weird but dont give it even a second thought. like apple products....... the rear sensor "just works".

just like when i imagined i'd be annoyed going from android to iphone with only a single main navigation button.... as long as its designed and implemented correctly, its a non issue
Rating: 2 Votes
[ Read All Comments ]