Apple will soon make the Mid-2011 MacBook Air and Late 2011 MacBook Pro obsolete, meaning the two models will no longer be accepted for official repair in Apple Stores from June 30.

The computers are about to be added to Apple's vintage and obsolete products document, according to 9to5Mac, indicating that Apple has discontinued hardware support for both MacBooks in all regions except for California and Turkey. 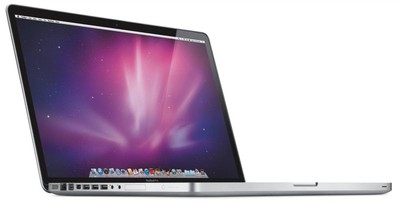 Also set to be included in the obsolescence list is the Mid-2009 17-inch MacBook Pro, which is the last 17-inch computer Apple has made.

The company's large form factor laptops first made an appearance in 2003 with the launch of the 17-inch G4 Powerbook, which cost $3299 and featured a 1GHz processor, 512MB of RAM, and a 60GB hard drive. A 17-inch MacBook Pro formed part of Apple's notebook lineup between April 2006 and June 2012. The last major update to Apple's 17-inch Pro machine came in January 2009, when a unibody variant was unveiled.

Apart from the computers, the iPhone 3GS and the first generation 802.11n AirPort Express will also be added to the list, as part of Apple's routine practice of making legacy devices obsolete. The company ended support for the polycarbonate MacBook and mid-2009 MacBook Pro models earlier this month.

Twimfy
Real shame. My 17" is my primary Mac and I love it. I really don't know what I'm going to go to next. I know a Retina 15" effectively offers more working space but it's just not the same as working on the 17" screen.
Score: 26 Votes (Like | Disagree)

otternonsense
You will be missed. No recent MacBook Pro could fill in those shoes, certainly not the 2016 sad excuse.
Score: 16 Votes (Like | Disagree)

mixel
Aww. :( it might have been a niche product but it was a nice one. Imagine how sleek a modern one could have been too.
Score: 15 Votes (Like | Disagree)

The 17" MacBook Pro was an extraordinary machine!

It still is an extraordinary machine. A 2011 with an SSD and 8-16gb of Ram is still a good workhorse. It's just finding one where the GPU hasn't cooked itself that's the only reason I don't recommend them to people.
Score: 14 Votes (Like | Disagree)
Read All Comments

Monday March 1, 2021 6:44 am PST by Sami Fathi
Apple faces a new class-action lawsuit that accuses it of deliberately releasing iOS updates that slowly reduce the performance of an iPhone, forcing customers to upgrade their devices. The lawsuit comes from the Portuguese Consumer Protection Agency, Deco Proteste (via Marketeer), which in a statement says that it will proceed with a case against the Cupertino tech giant because it...
Read Full Article • 307 comments

Tuesday March 2, 2021 9:32 am PST by Hartley Charlton
Apple will retain the Lightning connector on the iPhone for the "foreseeable future," with no intention of switching to USB-C, according to reliable analyst Ming-Chi Kuo. In spite of much of the industry moving toward USB-C, Apple will not be using it to replace the Lightning connector on the iPhone 13, or indeed on any iPhone model for the time being. In a note seen by MacRumors yesterday,...
Read Full Article • 280 comments

Wednesday March 3, 2021 12:04 pm PST by Juli Clover
Apple this week introduced a new service that's designed to make it quick and easy for iCloud users to transfer their stored photos and videos to Google Photos. As outlined in an Apple support document, you can go to Apple's privacy website and sign in to see the "Transfer a copy of your data" option. If you select this and go through all the steps, Apple will transfer your iCloud photos and ...
Read Full Article • 163 comments