Apple today updated its official list of vintage and obsolete products to add the 2010 13-inch MacBook, the final plastic-shelled MacBook it produced before discontinuing the line, and several 2009 MacBook Pro models.

Apple first introduced the unibody polycarbonate MacBook, the third design iteration of the MacBook line, in late 2009, offering it in black and white. The MacBook was sold for only a short time, having been discontinued in mid-2011 after the introduction of the MacBook Air. 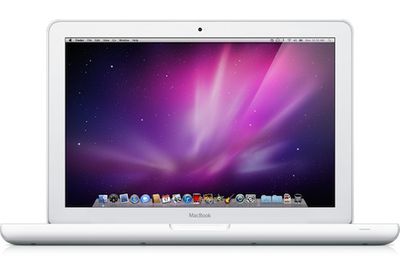 The MacBook, along with the MacBook Pro models, have been added to Apple's list of Mac products that are considered "vintage" in the United States and Turkey and "obsolete" in the rest of the world. A full list of the Mac models that have been obsoleted is below:

Apple has also added all models of the iPhone 3G to the "iPhone products obsolete worldwide" list, but it also continues to be listed under "iPhone products vintage in the United States and obsolete in the rest of the world" so its official status is unclear.

east85
I remember when the black plastic macbook was all the rage in college. Never got a chance to own one before the aluminum unibody came out though. Those plastic MacBooks will always be iconic in my mind though.
Score: 14 Votes (Like | Disagree)

The era of white and clear plastics is still my favorite for Apple design. The G4 iMac and quicksilver Power Mac... things of beauty.

Nem Wan
There was never a black unibody polycarbonate MacBook. There was black and white in the non-unibody plastic model from 2006-2008. The 2009-2011 unibody models were only in white.
Score: 5 Votes (Like | Disagree)

GeneralChang
I've considered those obsolete for years now, myself.
[doublepost=1493667142][/doublepost]

The way Apple made plastic look fantastic is - in my mind - unmatched by how they make aluminium look good.

Look around, there ARE aluminium laptops out there that come pretty close, but the plastic MacBooks were always in their own league.

Might have a lot to do with the general fact that only since the Ultrabook days more OEMs started caring about truly innovative or elegant design, but it does set the plastic Macs apart.

I still feel more warmth from my white old iMac than my rather current aluminium one.

The era of white and clear plastics is still my favorite for Apple design. The G4 iMac and quicksilver Power Mac... things of beauty.
Score: 4 Votes (Like | Disagree)

applelover1016
good night sweet prince. Still have mine in the closet loved this thing.
Score: 4 Votes (Like | Disagree)
Read All Comments