A new report on Friday added support to the claim that Apple is facing higher component costs for this year's highly anticipated OLED iPhone, which some analysts believe will carry a "premium" price tag compared to previous models.

The 3D Touch module in the redesigned handset will cost 150 percent more than the equivalent parts in LCD-based iPhones, according to the Chinese-language Economic Daily News. Touch panel manufacturer TPK charges between $7 and $9 per unit for 3D Touch parts in the existing iPhone range, but that price will double for the new model to between $18 and $22, claimed the paper. 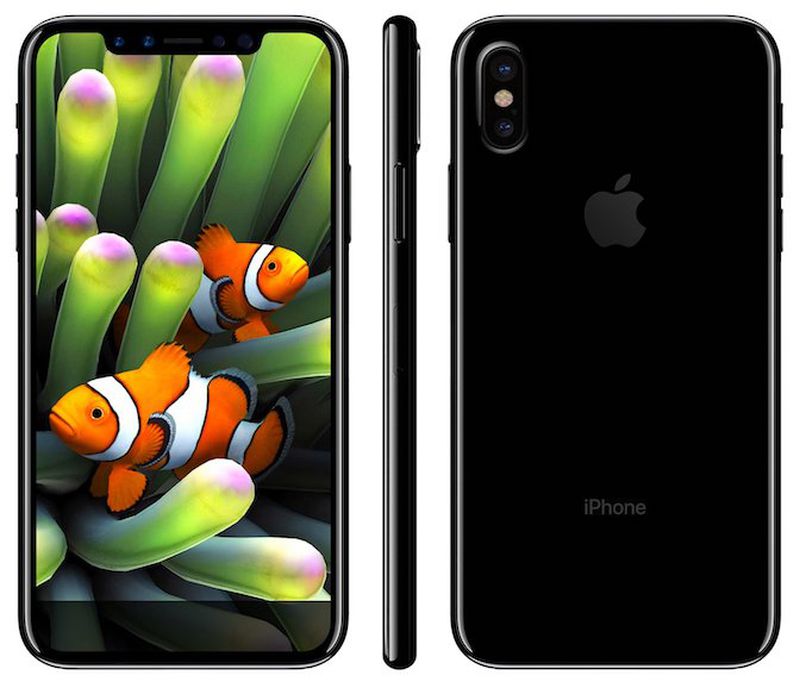 The hike in price is said to be down to the fact that, in contrast to LCD screens, OLED displays require a separate protective glass bonding on both the front and rear of the panel before the 3D Touch sensors can be applied.

For 3D Touch solution used in existing iPhone series, TPK and fellow maker General Interface Solution (GIS) quote US$7-9 per smartphone. The solution directly bonds 3D Touch sensors on LTPS TFT-LCD display panels of the iPhone, but 3D Touch solution for OLED panels entails bonding of a glass cover on the front and back side of an OLED panel each to reinforce the fragile OLED panel.

Variously referred to as "iPhone 8", "iPhone Pro" and "iPhone X" by media outlets, the tenth anniversary edition model could cost upwards of $1,000, according to one report claiming knowledge of Apple's plans. The premium tier device is expected to feature a radical redesign with a flat edge-to-edge screen which is more expensive to produce.

In addition, a virtual home button, a 3D-sensing front-facing camera, a vertically oriented rear dual-lens camera, and some form of wireless charging are also expected to feature, along with fingerprint, face, and iris recognition, all of which will likely drive up the price because of the intricate manufacturing processes involved. The handset is rumored to be launching in September alongside more typical "S" cycle iPhone models to succeed the iPhone 7 and 7 Plus, although shortages of the premium model could potentially occur due to delayed production.

TxExCxH
I hardly use 3D Touch; I just don't find it faster in any application.
Rating: 14 Votes

As someone who has only ever owned iPhones, is OLED really that much better than LCD?

Harry, if anyone replies to you with a definitive 'yes' or 'no' immediately give that comment a side eye. Immediately.:) OLED, just like LCD comes in a range of quality. Think good, better, best. Knowing Apple, those first two categories don't count. Samsung's top of the line SAMOLED panels for phones have been ranked by Displaymate as the top panels for phones for a number of years now (that includes LCD panels). Nothing has changed this year. Source ('http://www.displaymate.com/Galaxy_S8_ShootOut_01.htm'). TLDR excerpt:
"The Best Smartphone Display
The Galaxy S8 is the first in a new generation of OLED Smartphones that have a Full Screen Display design. It has many major and important state-of-the-art display performance enhancements, features and functions, with mobile OLED display technology now advancing faster than ever. The Galaxy S8 is the most innovative and high performance Smartphone display that we have ever lab tested. So the Galaxy S8 becomes the Best Performing Smartphone Display, earning DisplayMate’s highest ever A+ grade." -Displaymate

Dollars to doughnuts, Apple is getting these panels. Couple that with Apple's under the hood voodoo, and I'd be willing to bet the OLED iPhone will take that Displaymate crown. That's not to say there aren't relevant trade-offs of OLED vs LCD. We're at a point now with screen tech, especially at the top end, where saying 'much better' becomes moot. It's pretty hard to find a flagship device; heck even a mid-tier device, with a bad looking display. iPhones have a great looking display now. They will have a great looking display when the new phones debut. Should be the least of your worries.

Apologies for the length.
Rating: 12 Votes

Only for pure black. But colors are over saturated on Samsung old display LG don't have that. But not really also energy efficient

Isn't an oversaturated display the result of poor display calibration, not the technology itself?
Rating: 9 Votes

darcyf
For a gimmick feature. Wow.

macduke
It would be pretty funny if Apple surprised everyone by announcing the new iPhone at WWDC and it went on sale on June 29, 2017 at 6pm with no preorders.

I'd line up again.
Rating: 8 Votes

As someone who has only ever owned iPhones, is OLED really that much better than LCD?

If youre buying a TV, skip anything that isn't OLED or quantum dot. TVs it makes a huge difference.
Rating: 5 Votes

Centris 650
As cool as it sounds I'll probably go with the 7S plus and wait two years to upgrade to gain all those features at the lower price point.*


*DISCLAIMER
When the iPhone 8 is released and I post pictures here of me buying one, please hold all "liar liar pants on fire" comments to a minimum.
Rating: 5 Votes
[ Read All Comments ]