An opera exploring the life of the late Steve Jobs has won the financial backing of opera companies in San Francisco and Seattle, ensuring the musical production will be shown in the Apple co-founder's home state of California (via CBS SF Local).

The partnerships were announced on Tuesday, ahead of the premiere of "The (R)evolution of Steve Jobs" this July at the Sante Fe Opera's open-air summer stage, in the foothills of New Mexico's Sangre de Cristo Mountains. 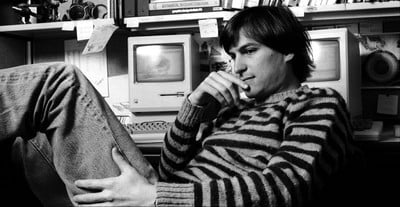 The opera is a "deeply layered, moving portrayal of a man grappling with the complex priorities of life, family and work," according to San Francisco opera general manager Matthew Shilvock, who called Jobs "a real person and a member of our community".


The opera has been composed by electronica DJ Mason Bates and written by librettist Mark Campbell. Accompaniments include a live orchestra, guitar, natural sounds, and expressive electronics. The co-commission from the Seattle Opera and the San Francisco Opera will cover artistic creation of the opera as well as its physical stage production, and guarantee their right to stage performances beyond Santa Fe in California and Washington, although it could take a few years before that happens because of the time it takes to schedule opera calendars.

Since his death in 2011, Jobs' personal and professional life has been the subject of several books, documentaries, and films. MacKay said Jobs provides the "sort of heroic, tragic figure" that operas have explored for centuries, and hopes the performances may lure new and younger audiences to metropolitan opera houses.

maflynn
Wow an opera, and people will pay to see this?
Score: 4 Votes (Like | Disagree)

I have no idea if it'll be any good but I think it sounds like an interesting premise.

Porco
I have no idea if it'll be any good but I think it sounds like an interesting premise.
Score: 3 Votes (Like | Disagree)

graafisk
I'm NOT a published expert about such things, but I DO know you cannot just snub a work you've heard or seen nothing of simply because you don't *think* it will work. Clearly you've not done enough *thinking* about the subject.

Also, Mousse... I'm pretty sure you're being ironic... but to anyone who agrees with you at face value: the idea that opera should preferably be in some *foreign* language and certainly not English is preposterous (Porgy & Bess, Handel's The Messiah, Leonard Bernstein's White House Cantata, pretty much anything by Benjamin Britten); classical music is not just from the 16th-19th century, as any modern orchestral or ensemble work (film scores, for example) performed with traditional instrumentation and voices can sound like any Romantic master's work.

Case in point:
THE PERFECT AMERICAN by respected composer Philip Glass -- an opera about Walt Disney, another complicated man.

Or consider:
(just saw this here in Copenhagen a few months ago -- amazing)
DEAD MAN WALKING based on the book by Sister Helen Prejean; Music by Jake Heggie; Libretto by Terrence McNally.

You can even stretch the idea to Andrew Lloyd Webber's PHANTOM OF THE OPERA or the amazing retelling of Puccini's Madame Butterfly, MISS SAIGON!

So... open your eyes and ears, expand your definition of such ambiguous terms as classical or opera or modern.

I will happily give this one a chance, too, when it comes around.
Score: 2 Votes (Like | Disagree)

T'hain Esh Kelch
*Steve comes up onto the scene, supported by a choire of angels...*

Why not a play about the Apple Watch band or a lightning charging cable.

Saturday August 8, 2020 11:09 am PDT by Hartley Charlton
Apple is taking legal action against the developers of the app "Prepear" due to its logo, according to iPhone in Canada. Prepear is an app that helps users discover recipes, plan meals, make lists, and arrange grocery deliveries. The app is a spinoff of "Super Healthy Kids," and the founders claim that they are facing litigation from Apple. Apple reportedly takes issue with Prepear's logo, ...
Read Full Article • 541 comments

Wednesday August 12, 2020 7:55 am PDT by Joe Rossignol
China will no longer be the world's manufacturing epicenter going forward, according to Apple's largest supply chain partner Foxconn, which has been gradually expanding its operations in other countries amid the U.S.-China trade war. "No matter if it's India, Southeast Asia or the Americas, there will be a manufacturing ecosystem in each," said Foxconn chairman Young Liu, according to Bloombe...
Read Full Article • 113 comments

Monday August 10, 2020 7:03 am PDT by Joe Rossignol
Apple's largest manufacturing partner Foxconn has begun its seasonal hiring spree to assist with iPhone 12 production, offering employees who recruit qualified applicants up to a 9,000 yuan bonus, according to Chinese media reports. As usual, Foxconn needs as many hands on deck as possible at its factory in Zhengzhou, China to assist with mass production of the upcoming iPhones. Apple is...
Read Full Article • 38 comments

Tuesday August 11, 2020 2:17 am PDT by Tim Hardwick
Parallels Desktop 16 released today, bringing some notable new features and performance enhancements to the virtualization software, including full support for macOS Big Sur. When Apple introduced macOS Big Sur, it ended support for the third-party kernel extensions that previous versions of Parallels were built on. That forced the developers to re-engineer the virtualization software from the ...
Read Full Article • 134 comments