Sprint today announced plans to develop and deploy a wide-scale 2.5GHz 5G network in partnership with Qualcomm and SoftBank, with the intent to provide the service and products compatible with it to customers in "late 2019."

Sprint's 5G network is said to use the New Radio standard developed by the 3rd Generation Partnership Project, a group of telecommunications organizations that oversee the development and maintenance of major communication networks.

The companies plan to provide commercial services and devices in late 2019. Additional details will be provided by the companies.

Like previous advances in network technology, 5G will grant users faster data speeds and lower latency on smartphones and other cellular-enabled devices. Other companies -- including AT&T, Verizon, and T-Mobile -- have announced plans and tests for 5G networks, but the advanced technology isn't expected to become a reality until after 3GPP establishes the initial standards for 5G.

After the standards are developed (which will be a focus of 3GPP's work in the second half of 2017), and after carriers finish testing and launch support for the advanced 5G network infrastructure, it'll take some additional time for Apple to create and debut an iPhone that could connect to 5G. For these reasons, widespread commercial adoption of 5G is still estimated for 2020 or later.

Is there even a 5g standard yet?

No, and this article states this fact.
Score: 4 Votes (Like | Disagree) 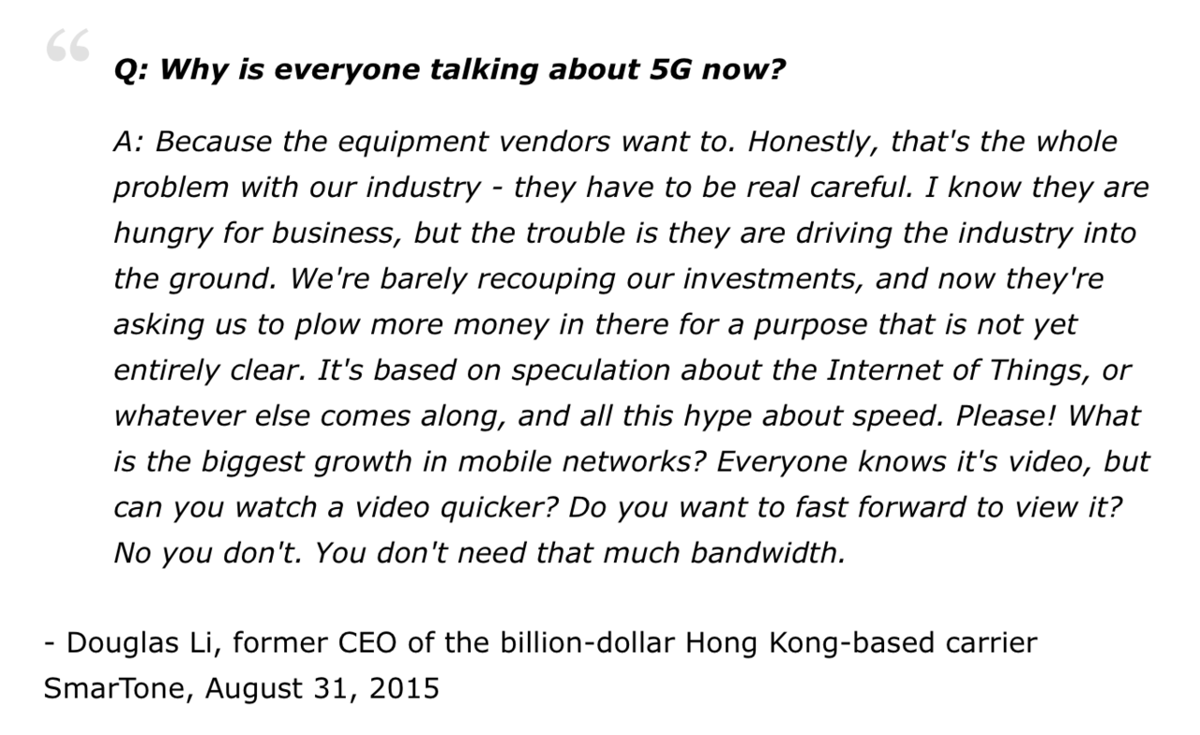 lowercaseperson
Is there even a 5g standard yet?
Score: 1 Votes (Like | Disagree)
Read All Comments