Small Sample of iCloud Credentials Provided By Hackers Are Valid, But Questions Remain

On Wednesday we reported that Apple had become the target of a ransom threat, with hackers claiming to have access to more than 600 million iCloud accounts. A group known as the "Turkish Crime Family" said they would reset and wipe the accounts unless Apple paid them $150,000 in Bitcoin by April 7.

Apple responded to the threat by stating that there had not been any breach of its systems, and that if hackers did have access to iCloud accounts then it could only be because of compromised third-party services. 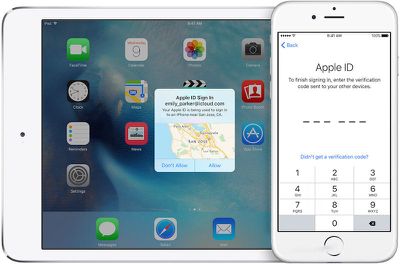 Yesterday, ZDNet said it had received a set of 54 account credentials from the hacker group for "verification" and subsequently reported that all of the accounts were valid, based on a check using Apple's online password reset function.

The accounts include @icloud.com addresses dating back to 2011, as well as legacy @me.com and @mac.com domains from as early as 2000. The list of credentials is said to contain email addresses and plain-text passwords separated by a colon. According to Troy Hunt, data breach expert and owner of notification site Have I Been Pwned, this would suggest the data could have been aggregated from various sources.

ZDNet worked to contact each account holder via iMessage to confirm their password, and found that many of the accounts are no longer registered with Apple's messaging platform. However, of those that could be contacted, 10 people – all based in the U.K. – confirmed that the passwords were accurate, and they have changed them as a result.

When pressed about the original source of the data, the hackers claimed that it was "handled in groups" without explaining how or why. The hackers also refused to hand over a U.S.-based sample of accounts.

All of the people with compromised accounts said that until now, they had never changed their iCloud passwords before. One person said that the password he confirmed with ZDNet was no longer in use as of about two years ago, which narrows down the possible date of a breach or multiple breaches to somewhere between 2011 and 2015.

It's unclear if the sample provided is representative of the wider pool of credentials the hackers claim to have, but based on its communications with the group, ZDNet suspects that its members are "naïve and inexperienced" and primarily seeking publicity.

Given that Apple has denied a breach, the account information may have been obtained from a major hacking incident, such as the one that befell Yahoo. iCloud users who have the same username and password that was used for both a hacked site and for iCloud should change their passwords immediately.

Anyone else concerned about the hacking claims should change their password and consider using two-factor authentication to secure their Apple ID credentials. Apple has said that it is "actively monitoring to prevent unauthorized access to user accounts and are working with law enforcement to identify the criminals involved".

RightMACatU
It's clear from this thread that cyber education is still required ;)
Score: 20 Votes (Like | Disagree)

fall for what, a site linking to apple.com?

Well, you just fell for it. The URL leads to a login website that looks identical to Apple's; except it isn't Apple's. After you've 'signed in', they've just got your details. Simple as that. It's not too difficult to change the URL path in an email while keeping what looks like a legitimate link.

That's how phishing works. It gets smarter and smarter.
Score: 16 Votes (Like | Disagree)

honglong1976
Wonder if an email I got this morning is anything to do with this:

Your Apple ID (xxxxxxx@xxxxxx) was used to sign in tο iCloud οn an iPhοne 7.

Wonder how many people fall for this :)
Score: 8 Votes (Like | Disagree)

fall for what, a site linking to apple.com?

It's clear from this thread that cyber education is still required ;)

Yeah! To those hoping for more tips, I'd recommend going to https://www.cybereducation.com ('//www.youtube.com/watch?v=dQw4w9WgXcQ') for further information.

And it's that easy. Trust nothing and no-one online. Question everything. Ensure every link goes to where you expect it to. Go directly through the URL bar rather than following an email link if you're unsure. Phishing gets more and more elaborate and convincing.

Educate yourself. There are a ton of resources available at your fingertips. Sick of people making excuses or being dumb. You don't need to walk to a library anymore or enroll in a university to get information.

People should educate themselves on cars and seek help from more than one person since mechanics can take advantage of innocent people.
[doublepost=1490360738][/doublepost]

We got one! Sorry that your account has been compromised. Maybe you'll learn from your mistake in the future.

What's with the lemon juice attitude? Everybody started somewhere. If you spent your energy and efforts trying to help people rather than patronising them or saying "serves you right", you might find it a rewarding experience.

At the absolute least, you'll assist people from falling victim to these phishing attempts.
Score: 6 Votes (Like | Disagree)
Read All Comments