Indonesian carrier Smartfren has announced it will begin accepting iPhone 7 pre-orders on Friday, March 24. Pricing has not been disclosed, but customers can sign up on Smartfren's website to receive more information. In-store sales at select authorized resellers will begin on Friday, March 31. 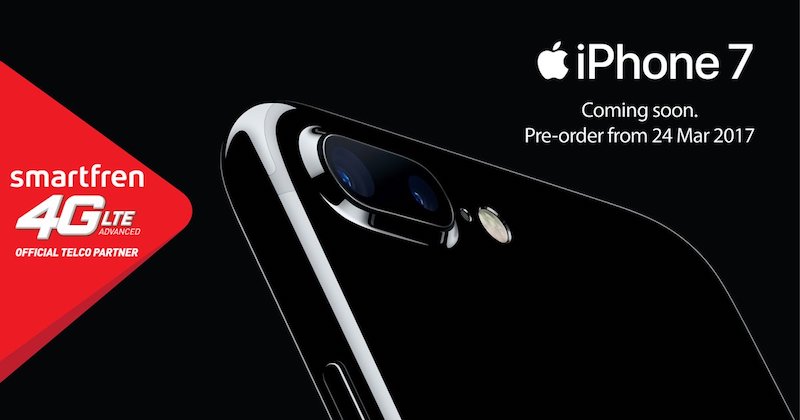 While the iPhone 7 has been available in many other countries since September, the Indonesian government recently enacted a policy that requires 4G-capable smartphones to have at least 30 percent "local content," which can be hardware, software, or in this case, a commitment to invest in the country.

Apple satisfied the requirements of that policy when it committed around $44 million towards research and development in Indonesia over three years, which will include building an iOS App Development Center in the country. Apple received a "local content certification," allowing it to sell iPhones throughout Indonesia.

iPhone 6 and iPhone 6 Plus were the last smartphones that Apple officially sold in Indonesia, according to local website Coconuts Jakarta.

Indonesia is the fourth most populated country in the world, with an estimated population of over 260 million people.

when it committed around $44 million towards


There's a five letter word for that.
Rating: 4 Votes

MR, sometimes you are weird, there was a time not to long ago (1-2 years) time there was an article, you said something similar like, Singapore, a country in South-East Asia south of Malaysia.
I think you can leave this out, Everyone here knows Singapore and I am pretty sure almost all people reading MR know Indonesia as well.
Redundant information.

Looks like they changed it, but I found it funny that they thought people who don't know where Indonesia (pop: 260m, size: 2e6 km^2) is would suddenly be enlightened when told it was next to Malaysia (pop: 33m, size 330e3 km^2).
Rating: 1 Votes

alphaod
I'm pretty those who can afford the iPhone 7 already bought them in neighboring countries or through gray market channels.
Rating: 1 Votes
[ Read All Comments ]