Plex today announced that its new Plex Cloud service has officially launched, making it available to all Plex Pass users. Plex Cloud has been in beta testing since September of 2016, but is now ready for a wider release.

Plex Cloud is designed to allow Plex users to store their media in the cloud so that it's accessible from anywhere without the need to set up a local server.

Using a compatible cloud service, Plex Pass subscribers can create an always-on Plex Media Server that can stream any media content to any device with Plex installed in 60 seconds or less. As with a standard local server, media is organized using the Plex app for quick access to TV shows, movies, music, pictures, and more.

Because Plex Cloud relies on cloud storage, Plex Pass customers will need access to Dropbox, Google Drive, or OneDrive. A subscription may be required, based on how much storage space is required for an individual's media library.


A Plex Pass is also required for access to Plex Cloud. The Plex Pass, which includes access to other upgraded features as well, is priced at $4.99 per month, $39.99 per year, or $119.99 for lifetime usage.
Tag: Plex
55 comments

reiggin
Seeing as how I have 4TB of media on my local Plex Media Server, I don't think there's a cloud solution that is cheap enough to make this worthwhile for me. Nice idea, though, if you have a very small library.
Score: 13 Votes (Like | Disagree)

EdT
In physical area, if not in population, most of the US has 15mb or slower internet speeds. I'm not just talking about cellular speeds but Cable and DSL connections to homes and businesses. I live in one of those areas. All of the talk about "going wireless" or of "easy access to your data" is based upon a communication system that doesn't exist for many people in this country.
Score: 6 Votes (Like | Disagree)

With no built-in encryption support? 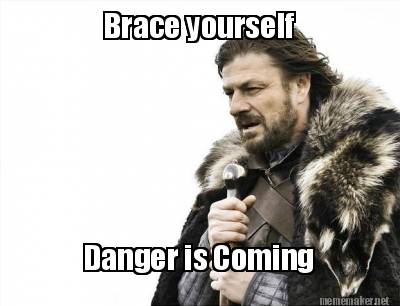 Whats to encrypt? We talking movies music and tv shows here, everyone has seen them or will see them....
Score: 5 Votes (Like | Disagree)

imronburgundy
Plex is my most used AppleTV app. Period.
Score: 5 Votes (Like | Disagree)

blevins321
With no built-in encryption support?

yamaha54
Ripping a blu ray/dvd you paid for is illegal in the US. So even if your entire video library is ripped from you own physical media collection its all considered illegal content. Its not as big a risk to do that if the content stays on a server or storage in your own home i would say. But Now your going to take all this "illegal" content and upload it a cloud storage provider, all of which have terms of service that basiclly give the full access to you content? There is no where i can think of to get HD movie files LEGALLY with no DRM or encryption and you are free to use as you please. Now i'm not saying google, dropbox, and Microsoft are just gonna instantly delete your files but they might determine at some point that your content breaks there TOS and remove it. My other fear is the MPAA gets wind of all this are starts trying to pressure these providers to delete there content or possibly help them pursue legal action against users. Anyone else thinking the same thing? Maybe i'm just being overly cautions?
Score: 3 Votes (Like | Disagree)
Read All Comments