Pokémon Go fans waiting for a new reason to resume their engagement with the hit augmented reality title may have reason to cheer. According to MacRumors sister site TouchArcade, two features that were sorely missing in the game's original incarnation – real-time player battles and Pokémon trading – are said to be coming "soon".

John Hanke, founder and CEO of Pokémon Go developer Niantic, revealed in an interview that both co-operative trading and player vs player battles are in the works, although their introduction is likely to be staggered via a series of updates, in what he called "an abbreviated form". 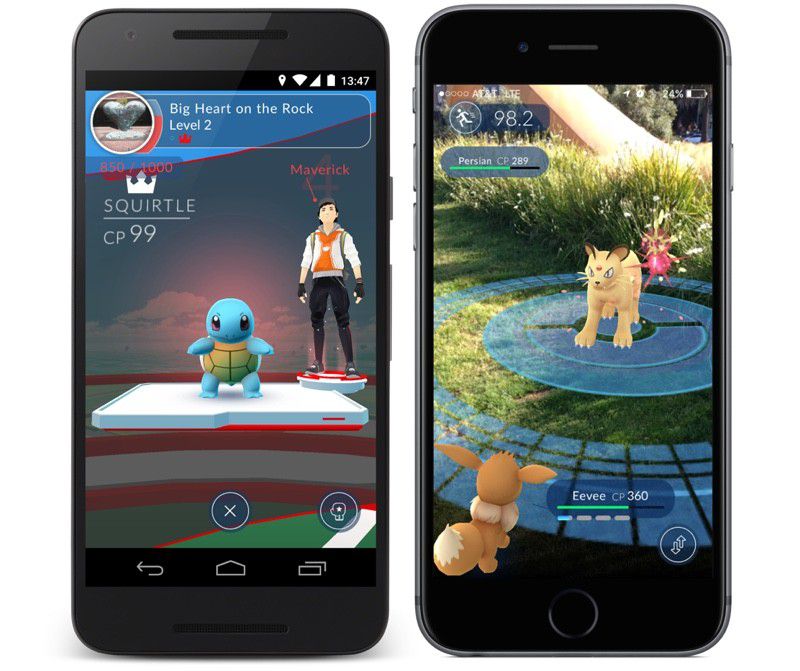 The omission of the two features around launch time was said to be down to the daunting server issues the company experienced shortly after the debut of Pokémon Go last summer. Hanke revealed that if the company hadn't been so busy trying to keep the servers online, at least one of the features would likely have been in version 1 of the game.

"It’s going to be done soon," Hanke told Waypoint. "It is what it is. I'll take the massive wave of hysteria we enjoyed, and just deal with the fact that it's caused us to take a bit longer to get the rest of the features up. We're really happy to make our users happy."

frumpy16
Too late Niantic. No one cares any more.
Rating: 11 Votes

WordsmithMR
The game is pretty dead... they threw away such a great money maker. They treated it as a one time cash grab, when this could've generated millions for the next couple of years.
Rating: 4 Votes

[doublepost=1487075985][/doublepost]What's the nonsense about resuming engagement. I can count on the fingers of one hand the days missed playing since started.

I just might take a break in protest if they ruin it by allowing trading as a short cut for the slow and steady work of filling out the pokedex. Especially if they rob me of the anticipation of the trips for landlocked (not immediately feasible but definitely in long term plans)


You're possibly the exception to the rule. I imagine a few more users would flock back if they allowed trading; not many people enjoy grinding away at a game to the extent you've described.
Rating: 3 Votes

Too late Niantic. No one cares any more.


San Francisco, last Saturday. Check out all the lures! Somebody is playing...then again, the game has always been best in dense cities... ¯\_(ツ)_/¯ thisisnotmyname
"soon?" so judging by the timeline from announcement of the Apple Watch app that means six months to a year?
Rating: 2 Votes


I am just disappointed with mobile gaming in general nothing against Mario Run, I bought it and enjoyed it. I just have a problem with people that want Nintendo consoles to die and that they become primarily a mobile gaming company. The only way to survive in mobile is micro transactions and IAP. If you want proof just look at Fire Emblem, it's still near the top of Top Grossing Apps while Mario Run has slipped off the charts. Difference is one is fairly priced, and the other is out to get you.

I agree with that completely. Nintendo needs to be a software and hardware company, much like Apple but they still need mobile games for other platforms. As an owner of nn3ds and having a switch paid for, the console games need to stay on the consoles.

Still no reason OLD Mario and Pokémon games can't be ported to iOS. There is no way for me to be good at pogo, no matter how much I play it or spend on it and that really bothers me.

I want to be the very best, like no one ever was.
Rating: 2 Votes

honglong1976
Great idea and I would use this game if it worked offline (download maps for a particular area for example).
Rating: 2 Votes

This issue has led me to want to smash my Phone, or skull... I'm not sure which. But the crashing is not every 20 minutes, it's like every 5.

But how can that be? They have spent all their time making the game reliable instead of adding new features.
Rating: 1 Votes

I'm in a good location.... I have all Gen1 besides the region locked.... AND CHANSEY! Even during the "increased" spawn rate time, he popped ONCE, and bolted after ONE throw, with an ultraball and razberry. I'm rather cross about this...

Yeah I read your comment about Chansey earlier and the same thing happened to me with a dragonite a while back, so I know it sucks. I have still not seen a chansey.

If this wasn't a Pokémon game, I would have deleted it a long time ago. It's a bad sign they have added new Pokémon before they addressed the problems for rural players.

I think that is more likely the cause of players quitting versus lack of Pokémon in the game. Niantic could do so many things to keep this game fresh and fun for everyone, but they are asleep at the wheel or something.

Trainer encounters while at walking speed? Team Rocket quests/battles? Something to help gain xp and stardust.

PvP will be a welcome addition but it's not necessary. They have to change the move list big time if they are going to add any type of battling because a swipe-a-thon is not a very in-depth battling mechanism.
Rating: 1 Votes

niploteksi
Yay... we can't wait for the next version, but please please fix the crashing bugs...
Rating: 1 Votes
[ Read All Comments ]