Apple has ranked fourth in Fast Company's annual list of The Most Innovative Companies of 2017 published today, moving up three spots from its seventh-place finish in 2016. Apple trailed behind Amazon, Google, and Uber, and directly ahead of Snapchat, Facebook, and Netflix in the list of 50 companies. 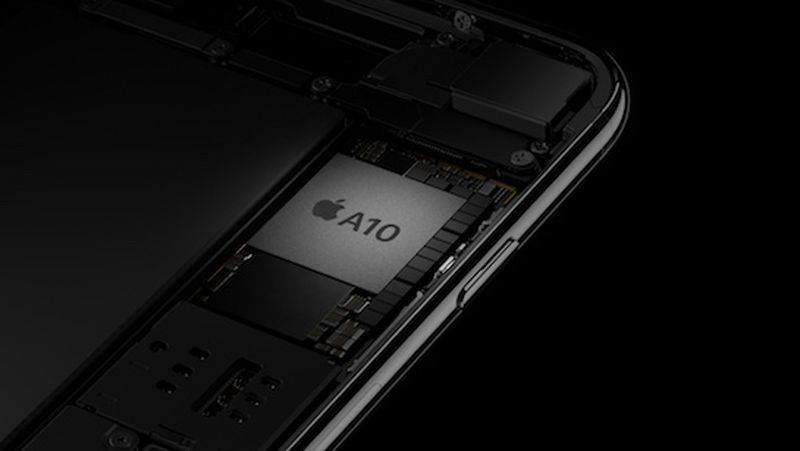 The publication credited Apple for designing four of its own chips last year, which allows it to "control its own destiny" and create "the most compelling consumer-electronics experiences," including the A10 Fusion chip in iPhone 7, W1 chip in AirPods, T1 chip in the MacBook Pro with Touch Bar, and S2 chip in the Apple Watch Series 2.

"We pick the projects where we feel like we can make a difference—the big customer-impacting features," says Anand Shimpi, who works on hardware technologies at Apple. So the stunning depth-of-field effect from the iPhone 7 camera? That’s directly enabled by the new A10 chip. "The actual production of the stored portrait image is because of things that we put into the [image signal processor]," Shimpi says.

Each chip has resulted in technological breakthroughs for Apple. The W1 chip in AirPods, for example, is programmed to automatically route the audio to each earphone, and engage the microphone, while its low power usage results in industry-leading battery life up to five hours on a single charge.

fox10078
I can already hear the heads exploding around here.
Rating: 11 Votes

In their defense, Taco Bell did combine corn, beans, meat and cheese into genius...

Not only that, they flipped the script and put the chicken... wait for it... on the mutha@#$%^&* outside. <mind blown>
I give you, in all it's glory, the Naked Chicken Chicken Chalupa.o_O

Can't innovate my ass!! Which is ironic since, if I eat this, that's where a lot of "innovation" will take place.:p:D
Rating: 8 Votes

Maybe they're waiting for Tesla to make a profit first.


What does that have to do with innovation?

You have to look in the right category though. Tesla isn't a 'consumer electronics device'

WinstonRumfoord
You say Apple can't innovate? Let me see you send an apple watch emoji with fireworks backgrounds on your low tech android phone. That's what I thought...
Rating: 5 Votes

Wackery
most innovative? i thought tim cook was against fake news
Rating: 4 Votes

asleep
I'm sure he doesn't miss it,

But I kinda miss Anand at Anandtech.
Rating: 3 Votes

Ok. This is a lazy list of Silicon Valley companies that ignores whole industries that continue to demonstrate crazy innovation. Fracking innovations? Solar innovations? Robotics? Amazon is innovative but their innovations are fairly one dimensional. Google has some interesting stuff going.

"Our reporting team sifts through thousands of enterprises each year, searching for those that tap both heartstrings and purse strings and use the engine of commerce to make a difference in the world. Impact is among our key criteria."

I think Apple is an innovative company, but am I the only one frustrated with this kind of subjective methodology?
[doublepost=1487015195][/doublepost]
In their defense, Taco Bell did combine corn, beans, meat and cheese into genius...


AKA "our methodology is to marry bait with clicks".
Rating: 2 Votes
[ Read All Comments ]