Apple's WebKit team today proposed a new Community Group at the World Wide Web Consortium (W3C) focused on discussing the future of 3D graphics on the web. The goal of the group is to lead to development of a new Web API that would better prepare web browsers to take advantage of modern, and future, GPU technologies on a variety of platforms. 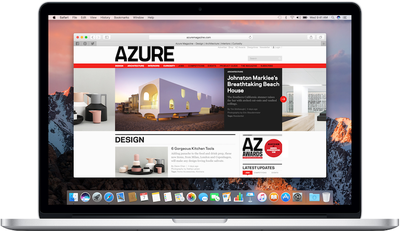 On the WebKit blog, Apple's Dean Jackson says new software APIs "better reflect" modern GPUs, but that many of the major ones -- Direct3D 12 from Microsoft, Metal from Apple and Vulkan from Khronos Group -- aren't available on all platforms. While the success of the web requires common standards, Jackson argues, these platform-specific APIs make following a single API, like OpenGL, impossible in the future.

Instead, Apple's WebKit team is proposing that a new standard is needed. The new standard needs to provide a "core set of required features," an API that can be implemented on a variety of platforms with different system technologies, sitting on top of technologies like Direct3D, Metal and Vulkan, and the security and safety required for the Web.

While being a new open standard that's compatible with platform-specific technologies, Apple says the new standard must also be easy to to adopt, "expose the general-purpose computational functionality of modern GPUs," and work well with emerging standards like WebAssembly and WebVR.

Apple's initial proposal, which it calls an experiment, is "WebGPU." Apple says WebGPU started out as a mapping of Metal to JavaScript, and some graphics programmers are calling the proposal "Metal on the Web." Apple says it doesn't expect WebGPU to become the actual API in the new standard, but it does think there is "a lot of value" in its prototype.

Jackson says that WebGPU is much more object-oriented than WebGL, which is why Jackson says grants WebGPU its efficiencies. For instance, WebGPU handles "states" differently, reducing the work needed before a drawing operation.

The WebKit team will share its prototype with the Community Group, and is also inviting everyone with interest or experience in GPU web technologies to join the group.

Cougarcat
How about striving for more powerful graphics on your computers, Apple? Total War: Warhammer, Hitman, and Deus Ex: Mankind Divided are all ports Feral is putting on pause until Metal becomes usable.
Score: 15 Votes (Like | Disagree)

How about striving for more powerful graphics on your computers, Apple? Total War: Warhammer, Hitman, and Deus Ex: Mankind Divided are all ports Feral is putting on pause until Metal becomes usable.

Blizzard even stopped developing Overwatch for macOS because of outdated OpenGL and poorly-functional Metal. Apple, however, said Macs are really good for gaming. #AlternativeFacts
Score: 7 Votes (Like | Disagree)

macfacts
Hmm, do I want ads that use more of my GPU?
Score: 6 Votes (Like | Disagree)

Scottsoapbox
We have 3 standards the solution is a 4th standard. :D
Score: 5 Votes (Like | Disagree)

The major platform technologies in this space are Direct3D 12 from Microsoft, Metal from Apple, and Vulkan from the Khronos Group. While these technologies have similar design concepts, unfortunately none are available across all platforms.

While I'm not one of those who are annoyed that Apple developed their own proprietary low-level graphics API in Metal, it's ironic that Apple points to there not being a single API available across all platforms as a problem when the reason that's the case is because they choose not to implement Vulkan which is available everywhere else.
Score: 4 Votes (Like | Disagree)

Curious how this aligns with Web Assembly:
http://webassembly.org/
Score: 2 Votes (Like | Disagree)
Read All Comments